WELLNESS@WORK: A Perth-based researcher is investigating what the workplace can do to create positive mental health outcomes. 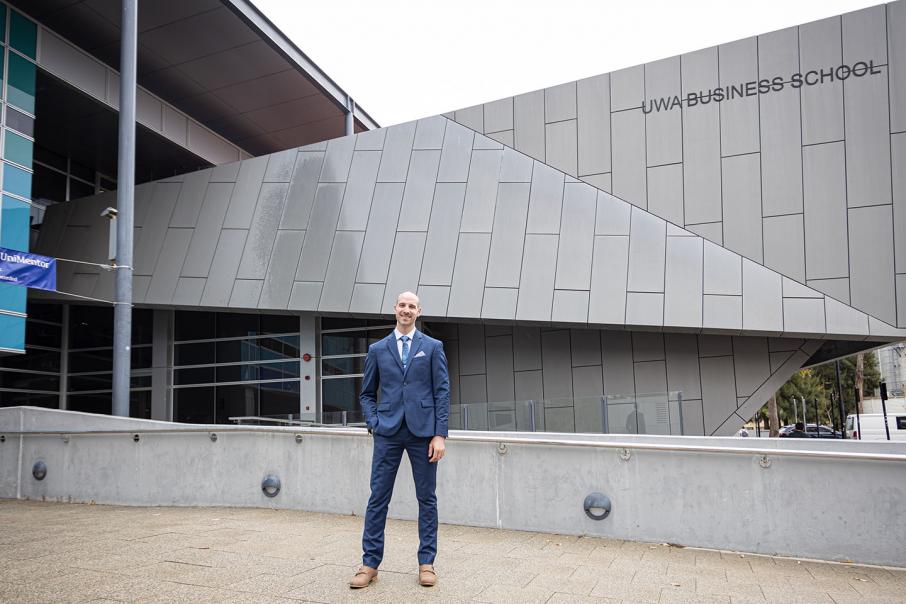 A Perth-based researcher is investigating what the workplace can do to create positive mental health outcomes.

At its worst, depression can conjure up images of misery, despondency and despair; days spent in bed, unable to summon the courage to walk out the door.

The effects of a depressive disorder can be hard to notice, with symptoms ranging from suicidal thoughts at its most severe, to the appearance of being distracted or demotivated at its more subtle.

With the Australian Bureau of Statistics’ 2017-18 national health survey finding one in five Australians have a mental or behavioural disorder, one Perth-based researcher has asked: should the workplace become one of the primary locations for treating mental health disorders?

Working alongside colleagues in business, pharmacology and health promotion, Joseph Carpini, a lecturer and researcher at the University of Western Australia, has begun investigating this question by examining the efficacy of early intervention and mental health prevention in the workplace.

Having previously studied individual work performance, motivation and job design, Professor Carpini told Business News it was important to address the impact that poor mental health could have on productivity, given the increasing diagnoses for mental illnesses as well as the amount of time employees were expected to spend at work.

“Essentially, this work is looking at whether we can come up with a way of diagnosing whether people in a work environment are able to handle the challenges associated with one of their colleagues expressing or demonstrating signs of mental illness,” he said.

While Professor Carpini said there had been research into how jobs could help support mental wellbeing, his research would investigate how jobs could be designed to support people affected by diagnosed mental illnesses.

“We’ve realised there isn’t much research in this area, so we’re trying to address that now,” he said. Professor Carpini said most treatments for mental illnesses occurred after a formal diagnosis was made by a medical professional.

In looking to the workplace as a location for intervention though, his work will explore the effectiveness of preventative measures such as mental health first aid, as well as the importance of emotional connections at work.

As a model for treatment, early intervention is favoured by groups such as Western Australian Association for Mental Health (WAAMH), with chief executive Taryn Harvey telling Business News mental health services are tailored toward clinical treatments.

Ms Harvey suggested preventative mental health treatment that helped people to maintain consistency in life, like having reliable employment, would be more effective.

“One of the important protective factors for mental health in employment is social connection, purpose and, obviously, income,” she said.

“For people to have independent income so they don’t have to live in poverty is a really important factor, particularly if they’ve already experienced mental ill health.

“If we’re keeping people well, we’re actually also reducing the risk they might lose their job, or lose their home and all of the things that are associated with that.”

While Professor Carpini’s work seeks to develop a better understanding of the effectiveness of early intervention, he said it would also help drive an understanding of how mental illness presented itself at work.

He said that was important because symptoms of mental disorders such as anxiety and depression could sometimes overlap with performance issues, such as a lack of motivation or poor productivity.

It was important for managers to know that just because someone was not performing well at work, it did not mean they were not motivated.

“It’s not that they’re unintelligent or they don’t want to do it (work), it’s that sometimes, there are underlying problems that are associated with it,” he said.

While he said managers would benefit from having a better understanding of mental health to help drive better outcomes, Professor Carpini said
it was also important for everyone in an organisation to understand the overlap between mental illness and poor performance at work.

“Just because we talk about mental illness does not mean it’s a major depressive disorder that makes people catatonic, or unable to function,” he said.

“It just impedes their ability to function at optimal levels.”