Andrew and Nicola Forrest’s Fiveight is buying Carillon City for an estimated $80 million. 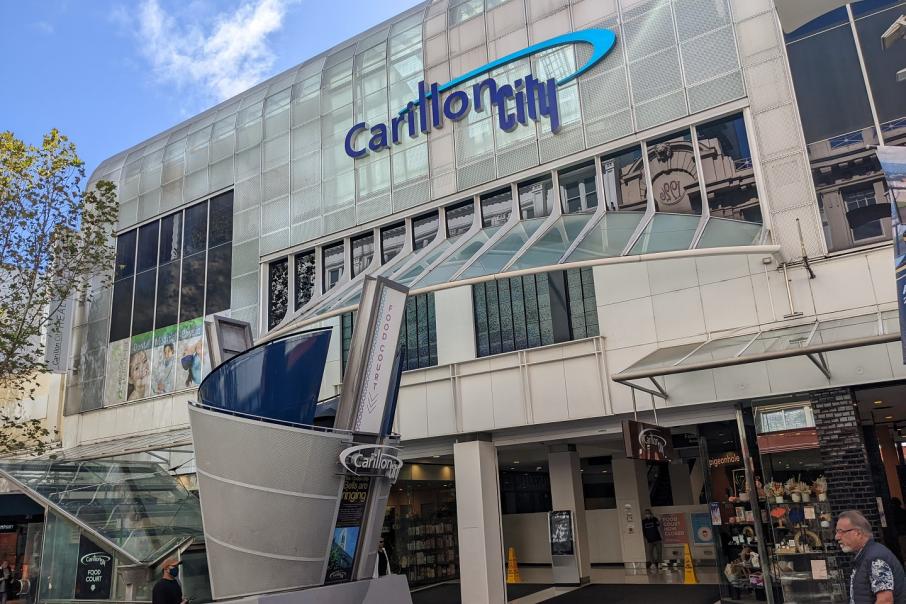 Dexus Wholesale Property Fund is confirmed to be selling Carillon City to Fiveight, with the Andrew and Nicola Forrest-backed developer having major development plans for the site.

After weeks of enquiries by Business News, the developer confirmed today that it intends to buy the asset.

Dexus bought the Carillon City for $140 million in late 2016 and had plans for a $200 million redevelopment of the Murray Street building approved in 2019.

In September last year, Dexus told more than 20 Carillon retailers they had just six weeks to vacate, as it searched for an anchor tenant to underpin its redevelopment.

The property was not listed for sale but Business News understands an off-market campaign was held late last year.

It is expected the building will fetch about $80 million.

Fiveight owns Cottesloe’s Indiana Teahouse, East Perth Power Station and 190 Saint Georges Terrace, all of which it plans to redevelop.

It is undertood Tattarang property arm plans to demolish the building to make way for a mixed-use tower including apartments, offices and retail at the site.

"As the new custodians of this critical component of Perth's city core, we are committed to delivering a new future for the way we work, visit and play in the centre of a modern, sophisticated city in the twenty-first century," she said.