Dexus has spent $339 million on a 49 per cent equity stake in Capital Square Tower 1, home to Woodside’s headquarters in Perth’s CBD. 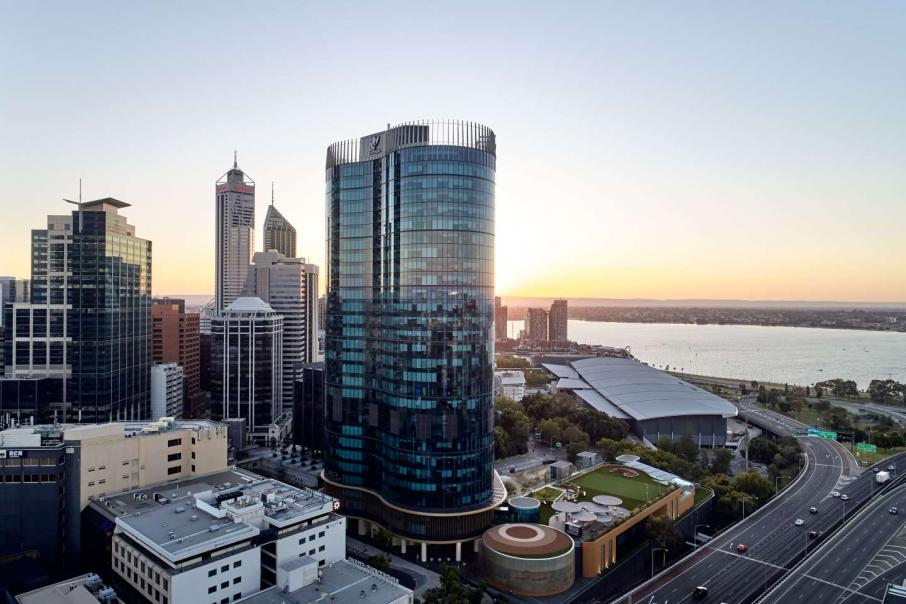 Dexus has spent $339 million on a 49 per cent equity stake in Capital Square Tower 1, home to Woodside’s headquarters in Perth’s CBD.

The premium-grade Perth tower is the city’s newest office building to have been completed, with Woodside shifting from 240 St Georges Terrace – a Dexus-owned building - to Capital Square Tower 1 in 2018.

The tower is located at 98 Mounts Bay Road, has a net lettable area of 60,635 square metres and is 100 per cent occupied by Woodside, with a weighted average lease expiry of 12.2 years.

Developed by Malaysian-based AAIG, the tower is one of three planned for the Capital Square precinct, with construction on the second and third tower under way after receiving planning approval last year.

Dexus announced today that it had secured the 49 per cent interest in Capital Square Tower 1, which it said had been externally valued at $970 million as at June 30 2021 and has $450 million of senior secured debt.

A portion of Dexus $339 million contribution will be loaned to AAIG to be repaid in four years.

The deal comes at an interesting time, when AAIG director Victor Goh is not only progressing the construction of Capital Square’s additional towers, but also developments at Elizabeth Quay, including the $300 million EQ West tower (under way).

Dexus chief executive Darren Steinberg said the acquisition enhanced the group’s portfolio with a high-quality landmark asset that we have secured at an attractive cash yield.

The acquisition price represents a 5.1 per cent initial passing yield.

“This property is appealing for third party capital and will create an opportunity to grow our funds management business in the years ahead,” Mr Steinberg said.

“We are pleased to be able manage the asset and reconnect with Woodside as a valued customer in our portfolio.”

Other recent prominent office deals include Primewest and BlackRock Real Asset’s joint-venture play for 140 St Georges Terrace, which was speculated to fetch a $260 million price tag.

In January, it was revealed that Redhill Partners had splashed $67.8 million on the empty 14-level tower at 899-927 Hay Street – a bargain considering the previous property owners rejected a $134 million offer about 10 years earlier.

The 12-storey building was bought by the previous owners for $63.9 million in 2015, according to CoreLogic data.