Devlin tunes up for growth

40under40: Richard Devlin’s business is poised to ride a new wave of development in agricultural research tech. 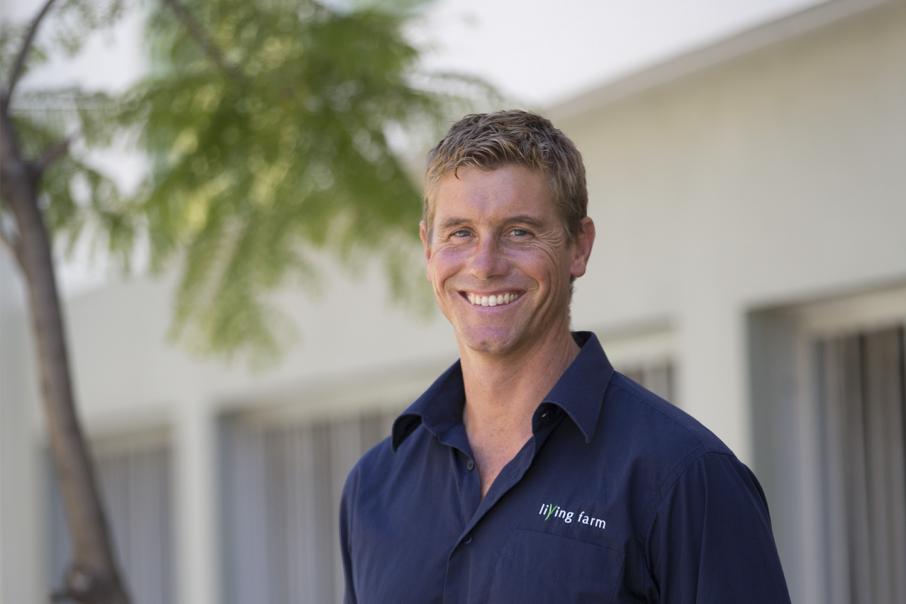 Richard Devlin sees the business as providing the bridge between farmers and the specialists. Photo: Attila Csaszar

Living Farm managing director Richard Devlin said his first goal upon joining the agricultural research business a decade ago was to have enough work to be able to take on an employee.

Mr Devlin now has a dozen employees and plenty of opportunity as the industry is on the cusp of what he describes as a technological revolution.

However, the journey has not always been as easy.

Mr Devlin bought an existing ag research business in York with partner, John Foss, for $70,000 in 2008 and combined it with Mr Foss’s business, based in Bruce Rock.

“We got a 10 to 15-year-old Nissan Patrol ute with about 300,000 kilometres on the clock, we got an old seeder to put the little plot trials in and we got an old header to do it,” Mr Devlin told Business News.

“For me at the time it was more about a ticket to the game.

“We weren’t buying the best gear but we were buying a ticket to ag research.”

He said the business was run on a very tight budget with hardly any money during the first few years,.

“We couldn’t afford to put tyres on the ute,” Mr Devlin said.

“When you’re sort of singing for your supper, jeez you try and sing in tune.”

And the business started to hit some high notes, the first of which led to the appointment of an additional staff member.

“You have to be pretty much redlining and working more than twice as hard to justify that expense,” Mr Devlin said.

The current priority is to improve internal systems and catch up with the fast growth the business has achieved in recent years.

Mr Devlin sees the business as providing the bridge between farmers and the specialists in fields such as genetics and fertiliser, to prove and deliver concepts for end users.

There are plenty of opportunities going forward, including through increased automation.

One example was in weed and pest management, Mr Devlin said, with new technology able to spot weeds in crops and direct herbicides to spray the exact location, reducing costs and chemical use.

It comes at a time when there is increased interest in the provenance of agricultural products, Mr Devlin said.

Some of the best advice Mr Devlin received was to spend some time working overseas and bring good ideas back home.

The opportunity came when he played hockey for English club Sheffield after university, during which time he worked in agri research in Cambridge.

Back home, he still plays hockey, and has participated in nine Rottnest swims and seven Avon descents.

Mr Devlin is vice-president of the local tennis club and served the local volunteer fire and rescue unit for five years.

But his biggest passion is supporting men’s health in the bush.

That was because guys can find working in areas like the Wheatbelt very isolating, and mentally challenging, Mr Devlin said.