Development scarce in the suburbs

SPECIAL REPORT: Perth’s suburban office market is becoming as patchy as that in the CBD, with Joondalup and Fremantle emerging as the only upcoming opportunities for new developments. 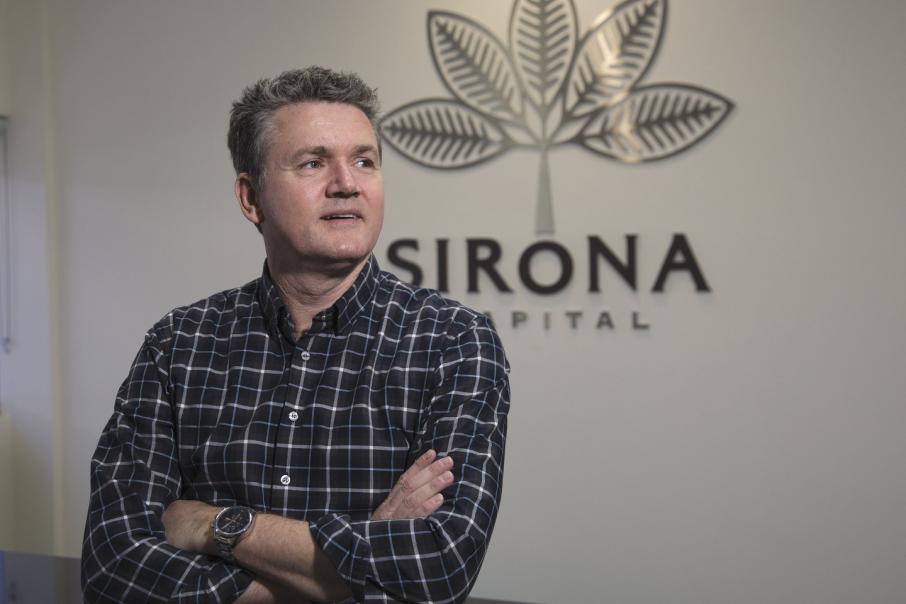 Matthew McNeilly says he is happy to be patient pursuing a transformative project. Photo: Attila Csaszar

Perth’s suburban office market is becoming as patchy as that in the CBD, with Joondalup and Fremantle emerging as the only upcoming opportunities for new developments.

The fundamentals of Perth’s suburban office market are remarkably similar to those in the city, with a massive wave of new supply coming to an end and developers scrambling to find the next opportunity.

Property researcher and market analyst Damian Stone said that, every year since 2012, an average of more than 50,000 square metres of suburban office stock had been completed.

In calendar year 2016, however, just 28,000sqm of office stock will be added to suburban locations. 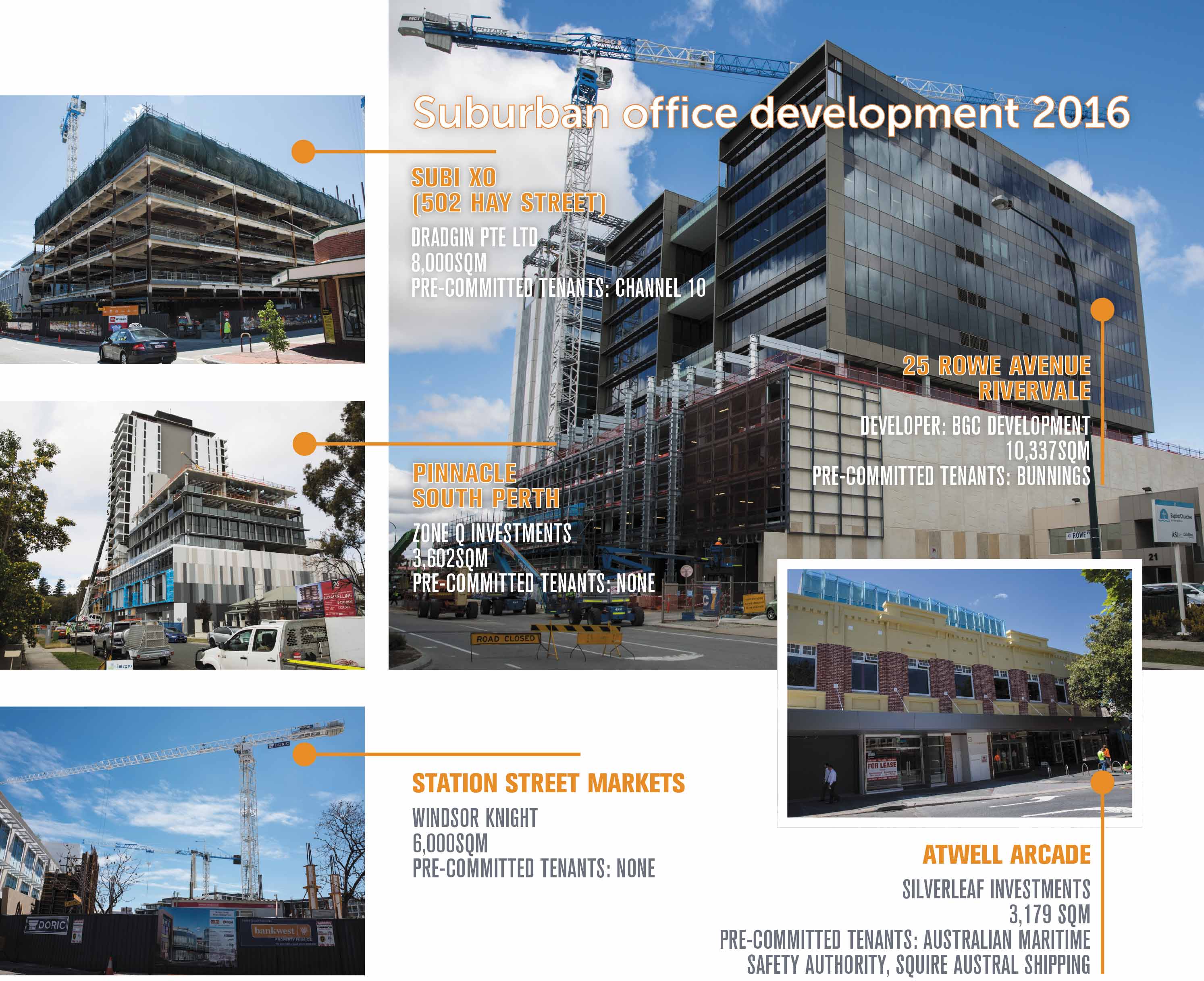 Recent completions include the Atwell Arcade in Fremantle, the new home of the Australian Maritime Safety Authority, 24 Stirling Highway in Nedlands and 302 Selby Street in Herdsman.

A handful of new projects is under way, most notably Dradgin Pte Ltd’s Subi XO, which has attracted Channel 10 as an anchor tenant, and BGC Development’s 25 Rowe, where Bunnings will make its headquarters early next year.

Two major suburban buildings are being built without pre-committed tenants – the Station Street Markets site in Fremantle, where local developer Windsor Knight is creating 6,000sqm of office space, and at Pinnacle in South Perth, where Chinese developer Zone Q Investments is building a 3,600sqm office building.

Mr Stone said the reason for the dearth of construction projects, and a lack of new opportunities, was largely due to the large quantity of vacant offices across the city, especially in the CBD.

He said attractive leases and incentive packages in the CBD were resulting in significant momentum building for tenants to move from the suburbs, putting a damper on the prospects for new suburban office development.

“It’s my understanding that the next year will be the peak of recentralisation of suburban tenants into the city,” Mr Stone told Business News.

“But if you look post-2017, there are a lot of people that like to be in the suburbs for a range of reasons, so they’re not going to come into the city, despite the deals, because they like the locations they are in.”

Mr Stone said office growth in the suburbs was largely tied to specific areas and companies with specific requirements.

Examples include Summit Homes Group’s $20 million investment in a new headquarters in Myaree, and Bedshed franchise owner Joyce Corporation’s $7 million spend on a new warehouse and office in Osborne Park.

However, there are big upcoming opportunities for developers in Joondalup and Fremantle, driven by the state government’s office decentralisation program.

Primewest was announced earlier this year as the successful proponent to deliver a 10,000sqm office project at 8 Davidson Avenue in the centre of Joondalup, representing the largest government leasing deal since it committed to the 13,000sqm Optima Centre in Herdsman in 2010.

“It’s quite clear that the market is in oversupply, so it’s a very, very competitive market,” he said.

“Basically, to win the government contract we had to be as competitive as what it was for existing space, and the only way we were able to do that was because building prices have dropped.

“Building prices have dropped by about 20 per cent, and it’s on the back of that drop in building costs (and only because of that) that we were able to secure a tenant at such a competitive rate.

“And it was only because we had the land already, and we were prepared to go in on such a tight margin, that we were able to win it.”

Developer Sirona Capital purchased the old Myer building in Fremantle in 2011, and positioned itself to take advantage of the state government’s office decentralisation program announced in 2012.

However, that program has dragged on for the past four years without a commitment.

The City of Fremantle said last month that Sirona had entered commercial negotiations with the Department of Finance, and while Mr McNeilly would not comment on those talks, industry sources say an announcement is imminent from the state government that the Department of Housing is moving to Fremantle.

But that’s not to say the project is without its detractors, with local resident groups remaining dogged in their efforts to coax the Fremantle council to reveal the finances of the plan, which will incorporate a redevelopment of the city’s civic buildings.

Nevertheless, Mr McNeilly said he was happy to be patient on the development, comparing the experience to the 20-year journey it took Adrian Fini to redevelop the Old Treasury Building on St Georges Terrace.

“Sometimes these things just have to work their own way through the system, you can’t push them,” he said.

“I was confident that we had a really good project, a good product and a really sound logical reasoning for why you would do something like this.

“And we’ve swum against a really significant tide of falling rents and increasing incentives, and there is probably less logic in decentralisation of government office space now than there was three or four years ago when CBD rents were off the charts.

“We’ve just made sure that we’ve prosecuted the argument, particularly around the economic benefit that will be delivered to Fremantle. “

Mr McNeilly said he believed Kings Square had the potential to be a game-changer for Freo, in more ways than delivering 1,000 government workers to its CBD.

“The real hope is that the amenity that the Kings Square development provides will be an attractor to a future resident population and more people will want to live there in the future,” he said.