A prime site in Northbridge, located on William Street opposite Yagan Square and Perth City Link and earmarked for a multi-tower mixed-use development, has been listed for sale. 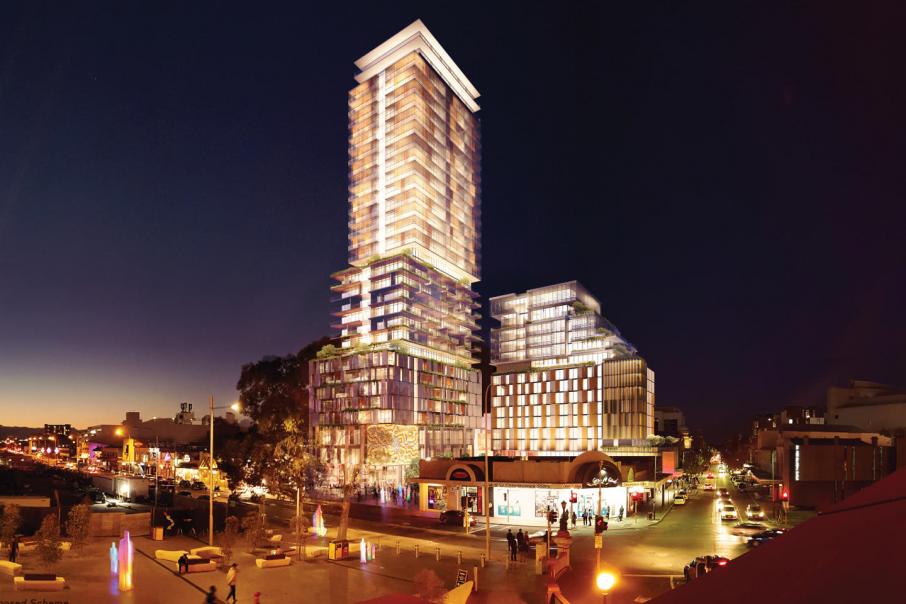 Plans for a mixed-use development on the 3,721 square metre landholding fronting William Street have already been conceptualised. Images: HASSELL

A prime site in Northbridge, located on William Street opposite Yagan Square and Perth City Link and earmarked for a multi-tower mixed-use development, has been listed for sale.

Property agent CBRE has been engaged to run the marketing campaign on behalf of Western Australia-based property investor The Paolucci Group, which has owned the site for 12 years.

Headed by chairman Ray Paolucci, Business News has previously reported that the the private group holds a mix of industrial and heritage properties.

CBRE described The Paolucci Group as one of WA's large property owners.

The property for sale, at 189-199 William Street, includes an 89-bay Wilson car park and a two-storey retail precinct known as Arcade 189, currently home to food and beverage operators Ezra Pound and No Mafia, as well as Taylorweir International School of Hairdressing on the upper level.

The fully leased property provides an annual income of over $1.5 million with a weighted average lease expiry of 3.5 years.

The 3,721 square metre landholding has been slated for a mixed-use development that comprises two 29-storey towers and one 14-storey tower, which will include 190 residential apartments, 127 hotel rooms, as well as retail, food and beverage amenity and pubic open space.

Global architecture firm HASSELL was engaged to design the proposed project, which could also potentially create a pedestrian thoroughfare connecting William and James streets, as well as Nick’s Lane and Roe Street. 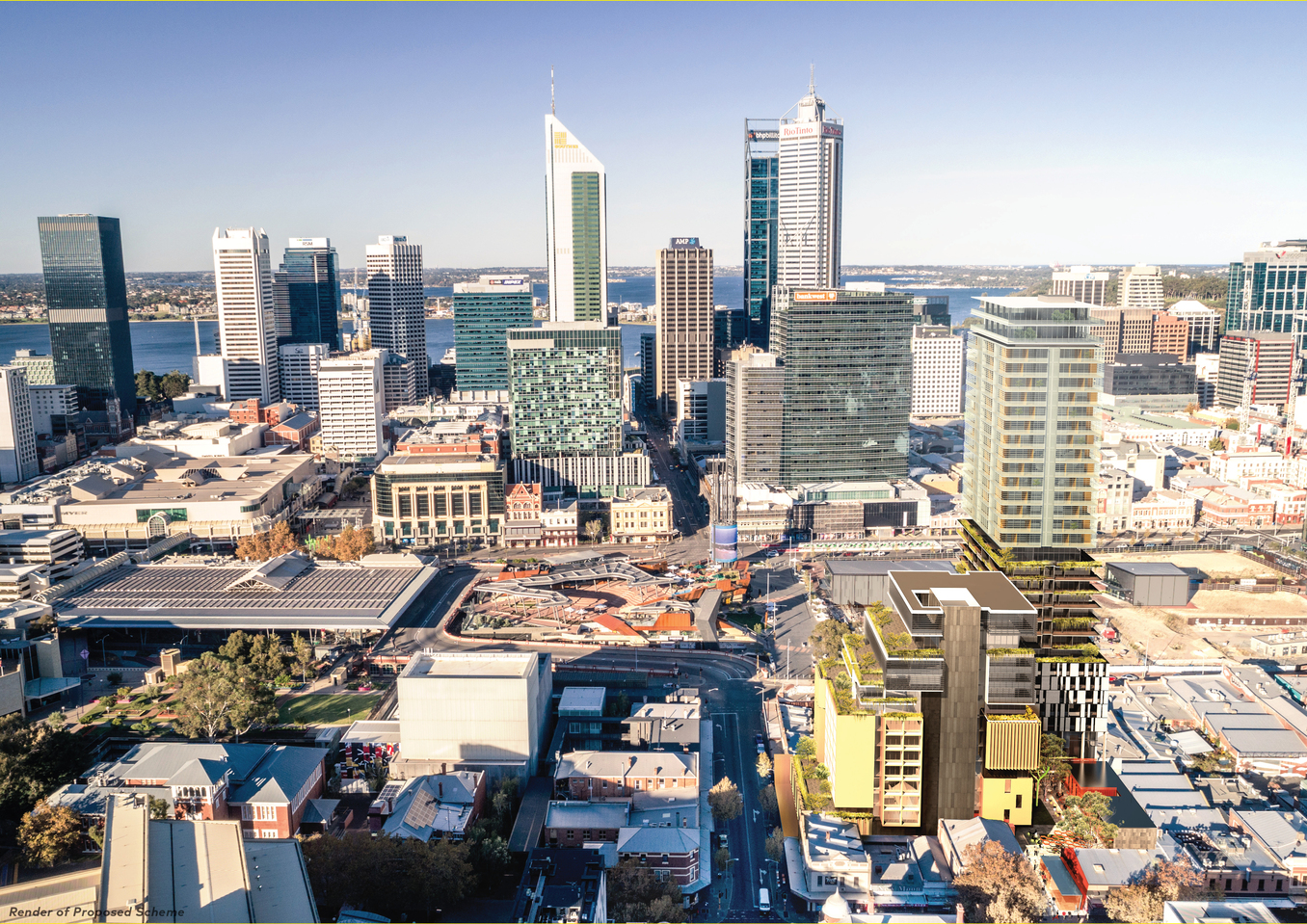 CBRE head of capital markets Aaron Desange and senior negotiator Kate Foley have been appointed to head the sales process.

“It’s not very often you can get almost 4,000sqm in the middle of Northbridge,” Mr Desange told Business News.

“A number of developers have been priced out of the market in Sydney and Melbourne, so they are looking at Perth for the next ups in the cycle.

“Market participation for prime sites is generating significant competition among buyers who recognise an opportune time to secure land and benefit from future growth in the Perth market.”

Ms Foley anticipated the asset to attract interest from a wide range of buyers.

“The site’s position opposite one of Perth’s largest redevelopment projects, Perth City Link – connecting the city to Northbridge for the first time in 100 years – is a unique opportunity that we expect will be strongly contested,” Ms Foley said.

“We anticipate strong interest from Asian groups given the attractive holding income, central location, landmark nature of the site and significant scale of development potential.

“These offshore groups are highly active in the Perth market, with groups from Singapore, Malaysia and Hong Kong – all having secured landmark development sites already.”

Mr Desange said a number of these groups from Asia were solely interested in the ability to develop premium sites that were then held generationally.

“Additionally, a number of these offshore parties have access to large amounts of pent-up capital and are forming joint venture partnerships with local developers to bolster their onshore expertise,” he said.

The property is being offered for sale via international expressions of interest closing June 28 2018.