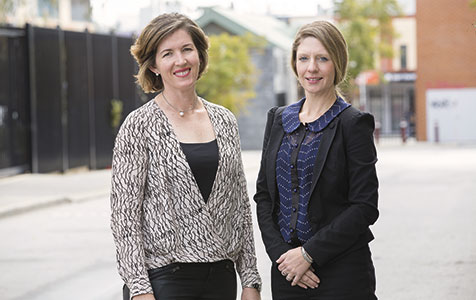 In 2003, while working as one of very few women in a mine site management position, Sabina Shugg established Women in Mining and Resources WA to provide a forum for women to share their experiences in what she said could be an isolating environment.

Ms Shugg, who is now KPMG national mining performance lead, said she started with networking events and convinced her employer at the time, Newcrest Mining to sponsor the first.

“When it started there was some negativity about women in mining groups, so it was very grass roots, it was very softly, softly,” Ms Shugg told Business News.

Her cautious approach paid off, with the organisation eventually gaining much greater prominence as the mining boom’s skills shortage took hold.

“We had 60 people come to this first event and I think they might have had structural damage to the building because the noise that came out of those 60 women just so excited to have this forum,” she said.

WIMWA now organises up to 10 networking events a year, each sponsored by a different mining company.

It also organises an annual one-day seminar that attracts 500 people, networking events for more senior women, and facilitates a mentoring program that has helped almost 300 women so far.

Metisphere organisational psychologist Ali Burston helped create the mentoring program, which relies on a structured format of two semesters a year and careful matching of young mentees to about 100 mentors.

“Our mentors are all very distinguished mining professionals from a range of different disciplines,” Dr Burston said.

“A lot of the feedback we get is how good our matches are.

"The process takes 50 to 70 consulting hours so it takes a long time but ... it’s really about the quality of those matches.”

Diversity Network is a more recent entrant to the field, having been launched in March this year by directors Lucy Stocker and Kristie Young, both mining engineers with management, lecturing and HR experience.

Ms Stocker, who left her management role at Rio Tinto to co-found Diversity Network, said she had realised the best way to tackle the issue of female under-representation in higher levels was to do so from outside a single organisation.

She and Ms Young have partnered with mining and service companies to offer a twist on typical recruitment services.

“One is helping them to find women to join their teams, helping them to retain their women ... and making sure that their cultures are diverse and inclusive. But we’re not a recruitment company.”

Instead, companies partner with Diversity Network and, for a monthly fee, gain connection to its network of 700-plus female mining professionals.

“We want companies to find these women and also retain them, but not have to pay exorbitant fees,” Ms Young said.

Ms Stocker said by making long-term partnerships the business could help companies ensure women felt valued and saw a future with their employer. This could be achieved, in part, through services that included helping companies with advertising jobs, conscious bias training, consulting and gender equality reporting requirement assistance.

“They like dealing with us because we have that industry background, we get how things work in mining,” Ms Stocker said.

“Companies often say they can’t find the women, but we say ‘they’re there, let’s work with you’.”

Diversity Network is aiming to partner with five groups by the end of the year and increase its network of women internationally.