Developing a model for giving 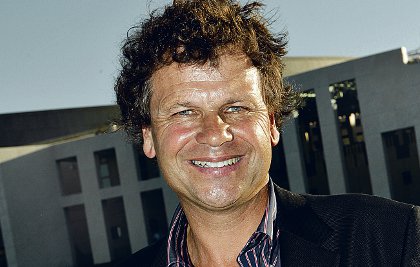 AS executive chair of Macquarie Group in Melbourne, Commonwealth Scientific and Industrial Research Organisation chairman, and a former president of the Takeovers Panel, Simon McKeon has a strong pedigree.

He’s also the current Australian of the Year, but doesn’t focus on economic matters when he speaks at functions across Australia.

“The giving of ourselves is pretty central to my message,” McKeon said last week at a function jointly hosted by investment group Perpetual and philanthropy focused community resource organisation, Giving West.

“I don’t pretend to be a giant in any particular field and I am certainly not a global authority on anything at all, but I am just interested,” Mr McKeon told WA Business News.

Mr McKeon’s energy is directed towards aiding in the development of a nationwide conversation about philanthropy, and particularly why we aren’t giving.

He said while he would hope Australia developed a system of giving with its own unique characters, and that emulating the US model wouldn’t be desirable, America’s level of giving was something to aspire to.

“At the end of the day, there is no doubt that at the ultra-wealthy end, they are making commitments that are breathtaking,” Mr McKeon said.

“When we compare it to the paucity of commitment here, we have just got to approach that, talk about it; it is the elephant in the room.”

He said statistics emerging from bodies like the Australian Tax Office clearly indicated that wealthy Australians were keeping their purse strings too tight.

“If we look at the quantum that we give and the behaviour of the top end (earners), the statistics are not good,” Mr McKeon said.

“It really is an embarrassment that the most generous benefactor in this country doesn’t even live here, he lives in Ireland – Chuck Feeney.”

Mr McKeon said charitable giving had been at these low levels for four or five decades, and it was time for a new shining example to step up and lead the way.

“There is a great opportunity for one of our 35 billionaires to stand up now and go down in history as a truly great Australian for having kicked off, for the first time in many decades, a new wave in philanthropy in this country,” he said.

Mr McKeon said forcing people to give was not the answer, with encouragement by explanation of the personal ancillary benefits a better alternative.

“Let’s not connect out of guilt or honouring some high moral authority. We do it just because it is right. It gives us a special experience that we don’t otherwise get building business or breaking yachting records,” he said, referring to his personal love of competitive yachting.

“Once we get some food on the table and some clothes and shelter and a car and that sort of stuff, there comes a point where the correlation runs out of puff.

“Perhaps some people are not interested in being happy, that is fine, but this is science.”

Mr McKeon said the coverage of services provided by Australia’s not-for-profit sector should allow for every individual to get involved in some way.

“It is exceptionally broad in its range of activities ... it is just everywhere. When I say that, I follow with, there has got to be a cause, somewhere in there, for all of us,” he said.