Curtin University expects to start building up to 1,400 new student accommodation beds at its Bentley Campus by the middle of next year, after officially putting out the call for development partners for the first phase of its Greater Curtin vision today. 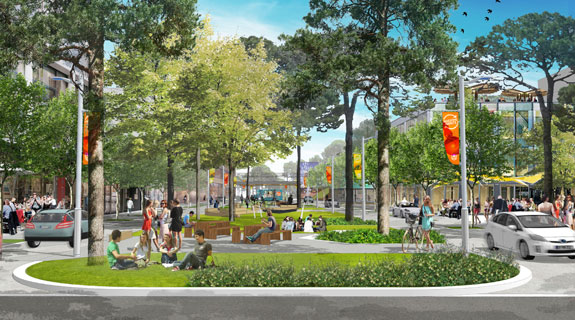 An artist's impression of how the Greater Curtin main street might look.

Curtin University expects to start building up to 1,400 new student accommodation beds at its Bentley Campus by the middle of next year, after officially putting out the call for development partners for the first phase of its Greater Curtin vision today.

A total of six development lots has been advertised today, with the university seeking partners for the first stage of a series of projects designed to create a ‘main street’ at its Bentley campus.

Two of the lots would provide up to 1,000 student accommodation beds, while a 400-bed hall of residence has also been proposed for another of the lots.

Curtin is also seeking to develop a ‘school of built environment’, as well as a short-stay accommodation facility as part of the $26 million first stage.

The university expects to have a shortlist of partners by September, a preferred proponent to be announced early next year, and development to start by mid-2017.

The Greater Curtin master plan also comprises the construction of a new road through the Bentley campus, which is designed to facilitate major capital works.

A sod-turning ceremony was held last week to commemorate the start of works on the road.

Overall, Greater Curtin will provide accommodation for up to 2,000 students, create a new bus depot to facilitate better transport links, while new food, beverage and retail businesses will ensure activation of the area.

Former Lendlease executive Tim Urquhart, who previously worked on London’s Olympic Village for the 2012 Olympic Games, has been appointed as general manager for the first stage of the project.

“Greater Curtin will transform the Bentley campus into a vibrant and sustainable innovation precinct that will allow social and professional networks to thrive through shared spaces with state-of-the-art technology,” Professor Terry said in a statement.

“Today, innovation is taking place where people come together, not in isolation. 'Innovation fuelled by caffeine' and a 'place that draws creative people together' are the catch cries that Curtin is embracing in pursuing the Greater Curtin vision.

“The Main Street project will encourage the development of other facilities that support vibrant places for people from all walks of life to interact, work, study, research and collaborate." The Greater Curtin plan will comprise development along the edge of the university's Bentley campus.