Developers to vie for Cannington site 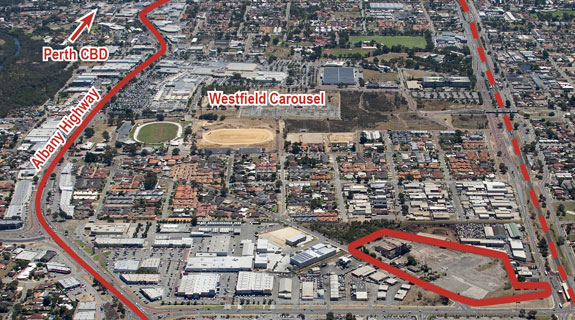 A mixed-use development site in Cannington with the potential to yield up to 1,000 apartments is expected to garner strong interest from from local, east coast and international developers, according to selling agent JLL.

The four-hectare site is located at 68-90 Bickley Road in Beckenham, opposite the Beckenham train station, in a precinct which has ‘special use’ zoning.

The zoning would allow for up to 1,000 apartments, plus commercial and retail uses on the site.

JLL industrial director Richard Parry said there was also scope for an even larger development, if a prospective developer was able to integrate commercial and residential uses.

“Given the avenues available under the Western Australian Planning Commission’s R-Codes and with no technical limit placed on the City of Gosnells, the site has a very real capacity to accommodate a higher and or a more dense development outcome,” Mr Parry said.

JLL director of sales and investments, Phil Fogliani, said the site’s potential for a transit-oriented development, reflecting the state government’s urban infill requirements, would pique the interest of developers.

“The key feature of transit-oriented designed communities is that they are anchored by high-quality train systems, which make it possible for residents to enjoy a higher quality of life with minimised dependence on car transport,” he said.

“The offering is also equipped with beneficial planning conditions that will provide an incoming developer with considerable flexibility in terms of maximising the development of a high-density mixed use hub.”

The site is in relative proximity to Westfield Carousel, which is the subject of a $235 million expansion plan approved last December.