Home builders are reconfiguring their offering to provide more options at the affordable end of the market, as developers seek to maximise their output by changing the shape of Perth’s increasingly smaller residential lots. 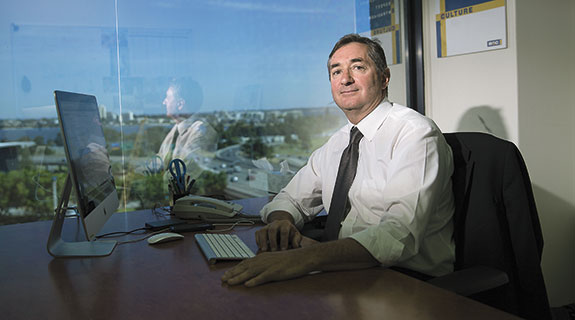 Home builders are reconfiguring their offering to provide more options at the affordable end of the market, as developers seek to maximise their output by changing the shape of Perth’s increasingly smaller residential lots.

The Urban Development Institute of Australia’s annual ‘State of the Land’ report showed lot sizes continued to shrink in 2014, with 75 per cent of lots produced in the metropolitan area coming in at less than 500 square metres.

The median lot size produced last year was 428sqm, the fifth consecutive year of falls since 2009, when the average size was 515sqm.

The UDIA said developers were now creating ‘squat lots’ with wider street frontage, rather than the long, thin lots that first emerged as Perth blocks started getting smaller to deal with affordability pressures.

According to the report, advantages of squat lots include street presence, lower development costs and lower construction costs.

BGC Residential chief executive Kelvin Ryan said the squat lots, which had emerged over the past 18 months, enabled developers to maximise yields from land estates, with narrow lots often needing rear laneways to be accessed.

Mr Ryan also said consumers at the affordable end of the scale generally had little in the way of design choice, and even less on a block with a frontage of 7.5 metres.

“A wider front presents a better house because you have more degrees of freedom,” Mr Ryan told Business News.

“It doesn’t matter how good of a designer you are, on a small narrow lot there are only two or three things you can do to really differentiate, whereas the squat block provides more opportunity for tweaking and a bit more individualisation.”

However, Mr Ryan said the changing dynamics of lot size were not necessarily the panacea for Perth’s housing affordability issues.

“Everyone is looking to product for innovation, but innovation has to come in the future by working together,” he said.

“It would be a real innovation in this industry if land developers and builders sat down together and considered jointly ‘how should we carve this land up and what sort of product should we put on it?’

“What really needs challenging is the way we bring the end product to market rather than this segmented land and building approach. Otherwise all we do is respond after the event.”

The UDIA said the reduction was partly due to the decrease in the rate of population growth, which fell to 2.16 per cent in 2013-14.

But the report showed high prices remained an issue, with a Perth household on the estimated median income of $85,600 only being able to afford a $400,000 property, if repayments were below 30 per cent of its income.