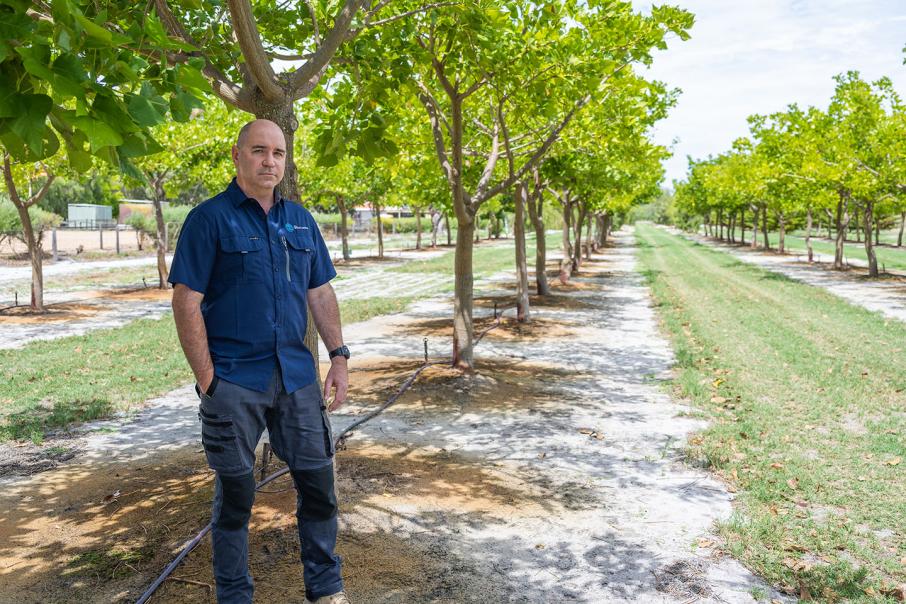 Land developers in Western Australia are gradually realising the intrinsic commercial value offered by existing trees on their subdivisions.

A number of developers spoken to by Business News are questioning the wisdom of the clear-felled, cookie-cutter template commonly applied in housing estates, instead prioritising tree retention and working creatively to fit in with environmental controls.

Of course, they’re not ignorant of the potential benefits for sales.

Luke Lumbus, who has worked as an arboricultural consultant for The Arbor Centre for more than a decade, says there’s been a noticeable shift.

The Arbor Centre specialises in tree supply, installation, maintenance and transplantation, among other consultancy services, working directly with land developers, homeowners and councils; recent work includes the assessment of a 140-year-old tree on St Georges Terrace.

“We were trailblazing ten to twelve years ago, going into battle with the likes of developers, engineers and landscape architects, because there was no recognition or appreciation for what a tree needs and what could be done,” Mr Lumbus told Business News.

“It was difficult to get people on board, but in the last five years it’s [enquiries] almost exponentially increased.

“People are realising there are actual benefits to established, mature trees, whether its environmental, shade, heat island [mitigation] or social [mental health].

“When it comes to cutting down trees, there’s just so many other solutions available.”

However, there’s work to do nationwide to recover areas of depleted green cover, despite Australia’s metropolitan areas starting to reverse a perennial trend of tree and shrub loss.

In terms of the national response, Perth was found to be the worst offender when comparing averaging tree canopy cover with other capital cities, according to the Western Australian Planning Commission (WAPC).

The WAPC has developed a publicly available Urban Tree Canopy Dashboard, to track tree canopy across the Perth and Peel region.

The dashboard contains bi-yearly data starting from 2014 and shows that tree canopy overall has increased during that time.

However, results for tree canopy at different heights vary.

“The biggest issue we [arboriculturists] have is reactive tree protection, rather than proactive,” Mr Lumbus said.

“Being proactive is far more effective; we can assess the site, undertake a design review and develop specifications.

“We don’t condemn trees based on location; if there’s a tree ‘in the way’, let’s investigate everything we can do to retain it [transplanting].

“The beauty of a collaborative approach is the opportunity to sit down with the engineer, architect, and landscape architect.”

He said collaboration helped in deciding how to develop an estate masterplan based on tree locations, soil depths and root sensitivities, and how those interplayed with planned road specifications and other general housing requirements.

“Early intervention and good arboricultural advice are paramount; you can accommodate those modifications without it being really cost prohibitive,” Mr Lumbus said.

“And if we are able to get in before the bulldozers, then we can pick the healthy trees.”

Mr Lumbus said it was equally important to understand that sometimes tree removal was necessary; for example, if it was being considered for a play area but contained structural cracks, fractures and dead wood.

Water availability and bushfire risk were other technical considerations for retaining and planting trees.

The Arbor Centre has launched a new service, Civic Trees, offering local government, developers and other organisations a fixed-fee and warranty model for the provision of new grown-to-order and farm trees into developments, refurbished streetscapes and other urban projects.

Civic Trees is different from the current industry model in that it offers a fixed-fee per tree, with warranty as a standard, helping helping to de-risk projects.

The Arbor Centre's upcoming conference, Making Higher Density Development and Green Infrastructure Happen, which will be held next month, is another initiave the business hopes will help to support greater awareness and consideration of trees in property development.

“Councils are pushing [tree] compliance, but it all comes down to how comfortable developers are in working with us,” Mr Lumbus said.

He said a shortage of skilled arboriculturalists in WA was an ongoing challenge for the industry.

“Some developers are reluctant because trees take up space and think it’s going to cost their lot yield,” Mr Lumbus said.

“We did some recent work with Satterley out at Northlake and they got to keep their trees and lot yield.”

A recent study by The Australian Institute of Landscape Architects found while the removal of trees on average cost about $5,000, the intrinsic value of a tree could be upwards of $50,000 in relation to the amenities it provided, such as shade.

Mr Lumbus said trees also provided an aesthetic boost that could contribute to an increase in lot value.

Stronger buyer appetite is another potential upside, he said, a benefit emerging at The Arbor Centre’s recent project the Henley Brook estate by Mirvac.

Located on the fringe of the Swan Valley, the 38-hectare site will contain more than 600 homes upon completion in 2026, as well as more than 600 mature trees.

“It was a no-brainer that the whole focus of this project would be around retaining trees,” Ms Walker told Business News.

“When you drive to the site that’s the first thing you notice, the many well-established trees; it really sets you apart from competitors.”

Ms Walker said while there were tree-planning policies governing the site, the number of trees retained was driven by Mirvac at a significant undisclosed cost.

“We believe the investment is well worth it,” she said.

“Not only because it’s what purchasers want, but also for sustainability; it’s our social responsibility.”

Part of the investment included establishing a nursery within the estate to transplant and maintain mature trees earmarked to be replanted elsewhere post site work.

Mirvac also has plans to create a community orchard at Henley Brook, which will include olive, citrus and avocado trees.

“Some sites don’t have mature trees so it’s not possible, but where they do, there’s so much value added to the project,” Ms Walker said.

“Some trees at Henley Brook are 60-plus years old, you can’t get that same feel by replanting new trees later.

“A [Perth] survey a few years ago found 80 per cent of those surveyed strongly agreed that neighbourhood trees made a major contribution to the local identity and character of the community.

“It’s a bit more costly ... but the end outcome is a [heightened] ability to sell the project; there are so many positives.” 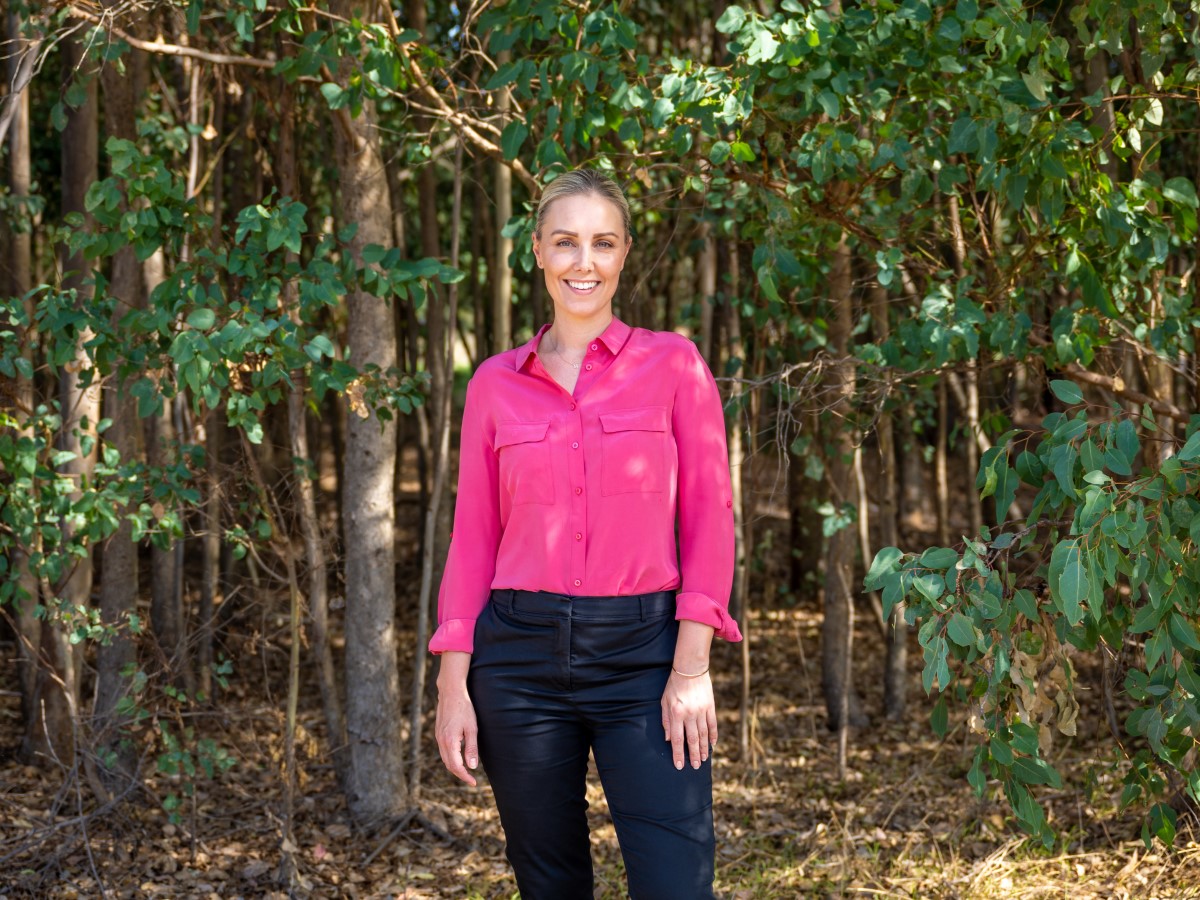 “Trees have the advantage of acting as a heat sink, they remove that sun-blasted heat you get in housing estates [without trees],” he said.

The urban heat island effect resulting from the loss of trees is one of the key issues outlined in the WAPC’s Better Urban Forest Planning guide.

“Developers are much more understanding now about the opportunities they can create rather than knocking everything down and rolling out a subdivision,” he said.

Frasers’ East Green project in Greenwood is a joint venture with the Department of Communities, and Mr O’Dwyer said the estate’s public open space was purposely planned to leverage existing mature trees.

Meanwhile, Cedar Woods Properties leveraged opportunities in protecting marri, jarrah and other native species by incorporating them into public open spaces and streets at its Bushmead estate.

Situated near the Swan Valley, Bushmead features 188ha of retained bushland and 41ha of revegetation. It was awarded the 2020 Environmental Excellence Award by the Urban Development Institute of Western Australia (UDIA WA).

Cedar Woods state manager WA Ben Rosser said the group’s retention of trees had extended beyond minimum compliance with environmental policies, resulting in a 15 per cent increase in development costs.

“This strong environmental commitment is not just for show, with more than 60 per cent of the land to be fully rehabilitated at Cedar Woods’ cost and protected in perpetuity for the benefit of our residents and the wider community,” he said.

“While our retention efforts have not been without significant cost, this has been more than offset by the strong demand Bushmead has consistently generated, the consistent price growth that has been achieved and, in turn, reflected in the equity our residents have generated in their homes.”

Mr Rosser said a future driver for tree retention was the lack of tracts of developable, clear-felled land, presenting environmental as well as servicing cost challenges.

“Without doubt it is no longer acceptable or possible to develop land without taking into account significant tree retention, particularly where banksia woodlands are concerned,” he said.

“A fine balance needs to be struck though between full retention and the reality of meeting the needs of Perth’s growing population within the confines of the Perth and Peel development area.”

Between 2016 and 2020, the City of Kwinana was among the top five municipalities across Australia to record the most growth in green cover, reversing its previous trend of decline.

Kwinana’s gradual transition from heavy industrial to residential is one factor increasing greenery.

Council-led policies are another contributor, including the requirement for new subdivisions to install street trees at a minimum rate of one per lot.

Inner-city councils have also introduced strategies to protect trees in established areas. The City of Vincent offers financial assistance for work associated with trees included on its Trees of Significance Inventory, while the City of Stirling requires a bond payment for the protection of street trees where development could have an impact.

A City of Stirling report found it had lost more than 1 million square metres of shade (the equivalent of 55 WACA grounds) since 2012, with private residential land accounting for two-thirds of that loss.

“Over the years the emergence of battle axe [infill] lots, duplex and triplex blocks delivered by private homeowners and smaller developers has caused the loss of tree canopy in established areas,” Ms Steinbeck said.

“That is why a precinct approach is critical to ensuring that medium- and high-density development in infill areas can be delivered in a way that ensures trees are retained where possible and the urban environment is preserved or improved.

“Government guidelines, including the draft Medium Density Design Code, will hopefully assist in providing guidance for better outcomes in this space.”