John Carey has called on developers to shift their attitudes to social and affordable housing, at a UDIA event today. 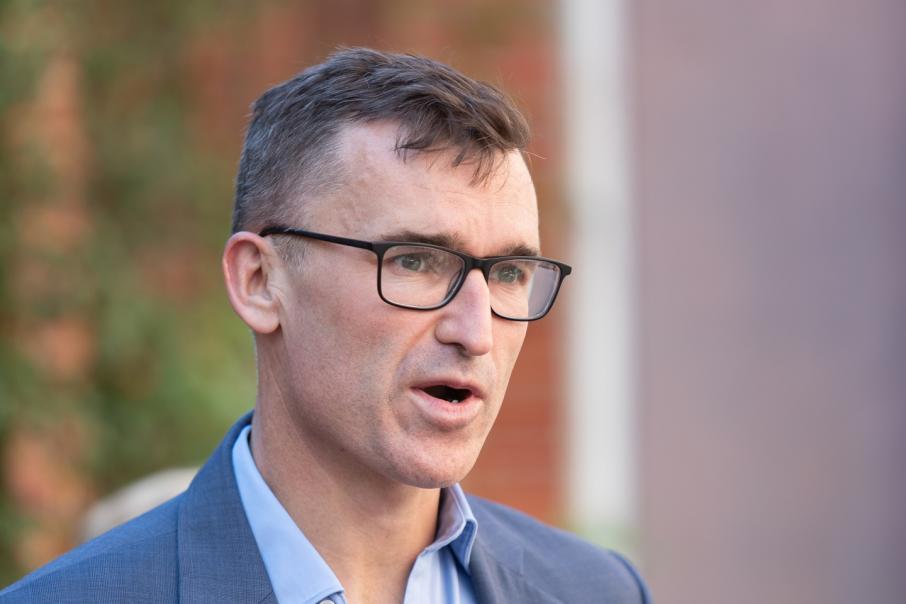 John Carey said developers resistant to social and affordable housing must “change their narrative” by playing their part in addressing a critical shortage in housing supply.

Western Australia’s Minister for Lands, Housing, Homelessness and local government told an Urban Development Institute of Australia WA event today there was a stigma around homeless and socially disadvantaged residents - the demographics impacted the most when housing supply is crunched.

He said there were some developers that refused to incorporate social housing into their developments.

“Well, if you want it to engage on government land, then you better come up with a different narrative,” he said.

“We're certainly trying to take a positive push on this, we do have the social housing fund, which will provide cash injections to assist with development, but it is difficult to change the narrative.”

“I think in time the larger developments, particularly public companies, as part of the social part of ESG, they will need to progress more to the social end of the housing continuum,” he said.

“Build-to-rent is already happening, shared equity [and] there will be further private investment into the housing continuum – it has to happen.”

Kingston Development Group chief executive Justine Roberts, who has had a long history consulting with developers on build-to-rent projects, said BTR would play a significant role in this space.

“With build to rent, all the apartments look the same, they have to look the same so that they can be rented continuously, so you can salt and pepper in social and affordable houses.

“The apartments don't look any different, so within one building, you can have … a normal horizontal development [with] a mix of social housing, affordable housing, a key worker market rate all in a vertical community, and nobody really knows the difference.

“So there's no poor people's housing, essentially, in the apartment building. It's integrated, it's dignified.”

Mr Carey criticised the City of Perth for recently refusing Ruah Community Services’ bid to relocate its Northbridge community centre to a nearby location.

At the time, Business News reported that the councillors opposing the move said Ruah’s proposal was inconsistent with the statement of intent for Northbridge precinct to provide a diverse, interesting and dynamic inner-city precinct that will be promoted as an attractive destination”.

“This is the reality, is the fact we do not want to see enclaves of social housing, we want to integrate across all developments including mixed developments in high value precincts but that presents a challenge,” Mr Carey added.

He said the government’s $2.4 billion investment into social housing and homelessness over the next four years, and land tax concessions for BTR developments would go some way to addressing these issues.

Ms Roberts articulated the issues facing apartment developers in Western Australia as a “conundrum” of high demand and a challenging supply environment.

“We have got unprecedented demand and we have got good financial metrics, construction finance is cheap,” she said.

“On the other side construction costs are so high, we’re seeing over 40 per cent over a project that was bid only six months ago, and … you’re looking at extensions to delays.”

She added that developers were having trouble securing builders in such an overheated market.

“We have seen a lot of builders go under, so the choices of builder for these large projects is reduced, so you are not getting competitive tenders,” she said.

“The smart developers are looking at the right mix, the right construction methodology, they’re looking at what are the creative ways to bring this deal to bare, because we’ve got cheap finance and incredible demand.”

“We've got a lot of very nervous people at the moment where they started with a project that now is seeing a price increase escalation of costs, they're now seeing inflation, they're literally sitting in rentals, where they took a 12-month lease,” he said.

“The [impact of] materials can't be underestimated and the depth of that is just incredible.

“A lot of our timber comes from the Ukraine [and] we had an appliance provider where one of the components that goes into one of the set of appliances comes from a factory in Poland, which is currently being used to store weapons by NATO that have been funnelled into the Ukraine.

“When you say you're going to get into line, particular appliance for that reason, trying to explain that to the customer base is definitely difficult.”

The report calls on the government to work with industry to develop and agree on an accurate, single source of truth on housing supply, create a collaborative governance framework to facilitate and ensure delivery of a development ready pipeline.

It also asks the government to urgently progress a strategic environmental assessment to release the blockages to development ready land and to work with industry to establish an agreed lead infrastructure program to unlock housing supply across Perth and Peel.

“Perth is one of the most affordable cities in the country with a very enviable lifestyle, but if we don’t act now, that position will be lost,” Ms Steinbeck said.

“We can see it slipping through our fingers every time we see the news outlining real estate price rises, record low rental vacancy rates and construction timeframe blow outs.”

According to the report, the state only has about six years of supply left in current major greenfields projects.

“That diminishing greenfield supply is exacerbated by low infill development yields that will fail to meet increasing demand at the current rate,” Ms Steinbeck said.

“Most infill development is just not stacking up for developers right now.

“Many projects have been put on ice due to critical worker and material shortages coupled with a range of long-standing issues that challenge the delivery of quality infill development.”

She said the state’s latest urban growth monitor showed that is was considerable behind its infill targets set out in its Perth and Peel 3.5 million plan.