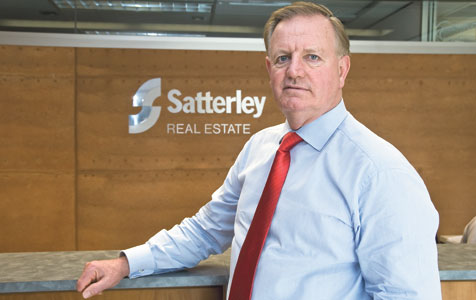 Satterley Property Group managing director Nigel Satterley said land developers in Perth had delivered around 17,000 home sites to the market in the past financial year, coming off three years of industry lows.

“We are just hitting a sweet spot in the new homes market with good lot choice and price options,” Mr Satterley said.

However, the Housing Industry Association said last month that new home commencements in Western Australia reached 27,582 in 2013-14, up 14 per cent on the previous year and the highest level on record.

Mr Satterley's view is also in contrast to the latest residential land report released by the HIA, which showed median land prices rose to $269,000 in the December quarter last year, an all-time high, indicating continued pressure on supply.

Perth residential land was the nation’s most expensive on a per square metre basis, averaging around $600/sqm, the HIA said.

Nonetheless, Satterley Group reported a reported a solid rise in its group sales for the 2014 financial year, with sales up 10 per cent on the previous financial year and 48 per cent higher than the result in 2011-12.

“We are seeing a firm market in which buyers have a good choice of communities and home sites, and in the medium term can expect to see a steady increase in the value of the home they build or buy,” Mr Satterley said.

Meanwhile, LWP Property Group said it expected a moderation in demand in 2014-15.

LWP said it had exceeded its sales targets in the 2013-14 financial year, on the back of favourable market conditions.

At its major development sites, LWP said it sold 309 lots at Trinity at Alkimos, while it sold 333 lots at The Glades at Byford, and 582 LWP homesites and apartments were bought in Ellenbrook.

“We’ve seen a continuation from the previous financial year of strong population growth in WA, with many newcomers deciding to purchase a new home,” LWP managing director Danny Murphy said.

“Record low interest rates have improved the overall success of the property market, and this has been bolstered by government initiatives to strengthen the housing construction industry.

“Although interest rates have hit record lows, making housing more affordable, we expect the market to become more subdued in the 2014-15 financial year, due to normal cyclical factors and affordability constraints.”