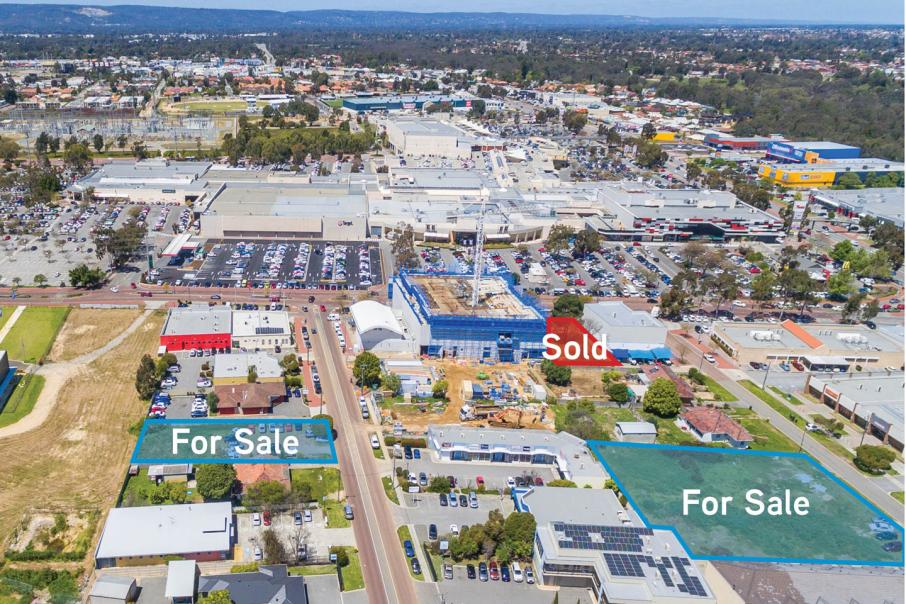 A commercial property across the road from Westfield Carousel has sold for $1.6 million, as developers continue to seek sites around the City of Canning’s planned new town centre.

The property, located at 14 Cecil Avenue and leased to a medical practice, was sold to a private developer, with the sale price representing a land rate of around $1,420 per square metre.

The deal was brokered by Colliers International’s Tory Packer, who said the price put it at the higher end of land sales in the Cannington area.

“The property has city central zoning allowing for mixed-use residential, commercial or retail developments and has a nine-storey apartment project under construction on one of its boundaries and a commercial building on the other,” Ms Packer said.

She said the buyer, Abundance Australia Investments Pty Ltd, was backed by offshore investors and was understood to be planning a 50-apartment project at the site.

The identity of the vendor was not disclosed.

Considerable development is under way around Cecil Avenue, which has been flagged become Cannington’s new main street, anchored by a $350 million redevelopment of Westfield Carousel.

The shopping centre's owner, Scentre Group, which has a $1.7 billion pipeline of works in WA, is planning to add 24,000 extra square metres of retail space at Carousel, to take it to 106,000sqm once complete.

Along with the main street leisure and dining precinct along Cecil Avenue, the redevelopment will comprise around 68 new shops, a new David Jones, as well as a range of international mini-majors.

Scentre Group's latest update to investors indicated it planned to start works on the redevelopment in the first quarter of this year, with the project expected to be complete by late 2018.

The City of Canning has been pushing for development since 2013, when it adopted a new structure plan designed to foster the creation of 11,950 dwellings and add 140,000 square metres of retail and commercial space.

Apartment developer Sunlong Constructions was one of the first to move, having completed its 108-dwelling Bella Vita apartment project on Lake Street late last year.

Sunlong is currently marketing its second project in the area, Arcadia Apartments, which is also located on Lake Street.

Also nearby, a new $28 million Bunnings store at the corner of Albany Highway and Liege Street recently opened its doors, with the development underpinning a $9 million revamp of the Cannington Exhibition Centre and Showgrounds.

Ms Packer said she was receiving considerable interest from developers for two other sites in the urban regeneration area, at 18 Pattie Street and 14-16 Leila Street.

Both of those sites are located around 100 metres from Cecil Avenue, with zoning that would accommodate developments of up to six storeys.