Shadow treasurer Ben Wyatt said he had no intention of raising taxes after the state election, while leaving wriggle room to do so, and declined to provide further details about how Labor’s value capture proposal to partially pay for the Metronet rail package might affect residents living in proximity to stations. 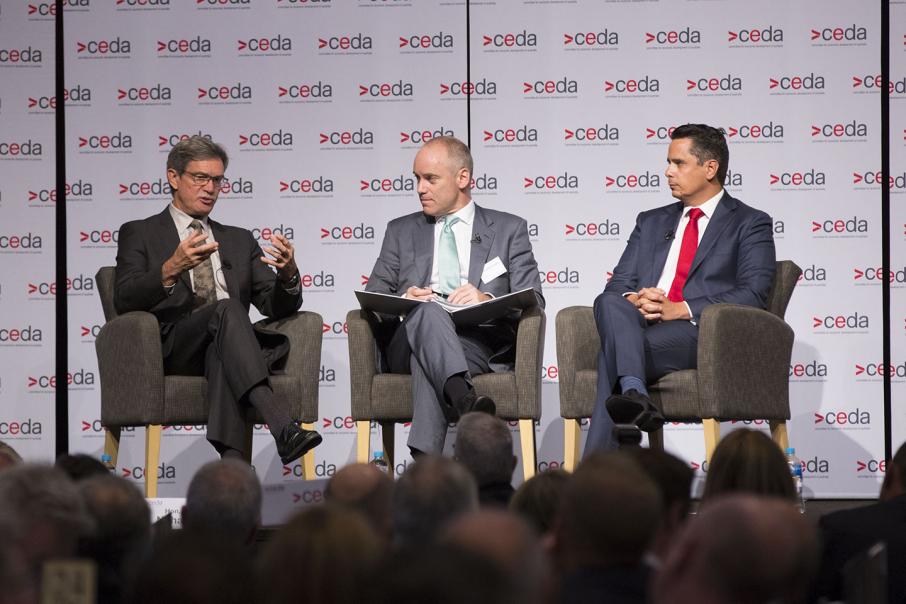 Shadow treasurer Ben Wyatt said he had no intention of raising taxes after the state election, while leaving wriggle room to do so, and declined to provide further details about how Labor’s value capture proposal to partially pay for the Metronet rail package might affect residents living in proximity to stations.

Speaking after the Committee for Economic Development of Australia’s Treasury debate today, Mr Wyatt said value capture had been used for decades in other parts of Australia and elsewhere in the world.

Generally, it means private landowners who live near an infrastructure investment will pay Treasury a share of any capital gain they make on their land as a result of the new infrastructure.

“The taxpayer funds important infrastructure and is entitled to ensure that people who may have an increase in the value of their property around that infrastructure should quite rightly contribute to those sorts of investments,” Mr Wyatt said.

“It’s not completely new in WA, we do have forms of value capture.”

He cited developer levies as one example.

But the exact details on how it would work would emerge in future planning, Mr Wyatt said.

“Ultimately you’ll see a form of developer contribution... in respect of the land immediately around stations,” he said.

Mr Wyatt said value capture would be implemented around specific stations and would fund about 9 per cent of the Metronet project’s cost.

On taxes, he said he was not anticipating any budget surprises after the election that would lead to a need to increase tax rates.

“It’s not my intention to raise taxes but I don't want to put out a false hope,” Mr Wyatt said.

He specifically highlighted the example of tax reform, were some rates might move up and others down, and said he wouldn’t want to bind himself to be unable to make changes.

Mr Wyatt said there would be room for private investment in the funding of a new outer harbour, which he said Labor was committed to.

That was because the state’s balance sheet would not allow much state involvement.

“We see the Outer Harbour being funded to a large degree by the private sector,” he said.

“The issue I have with (selling) Fremantle Ports; to encourage investment in a new port you need to have control over Fremantle Port.”

But Treasurer Mike Nahan criticised Labor’s stance on private ownership of assets as being inconsistent.

He said Labor’s plan to privately fund the outer harbour amounted to a partial, or full privatisation, as the asset was currently controlled by Fremantle Ports.

Because of high excess capacity at the existing port, the developer of the new outer harbour would either need a financial guarantee from the government or would charge higher freight fees, Dr Nahan said.

“Why would you spend (take Labor’s costings) $3 billion to build a new port and do huge environmental damage to the sound, if you have 20- 30 years capacity?” he said.

“If Labor wins you’re going to kill Roe 8 and you're never going to build that outer harbour.

“The Greens will get up, the mob at Roe 8 will move over to (Cockburn) Sound and stop you.”