SPECIAL REPORT: Developers are leaving market uncertainty in the past and focusing on design and amenity to guide the next wave of Perth apartment projects. 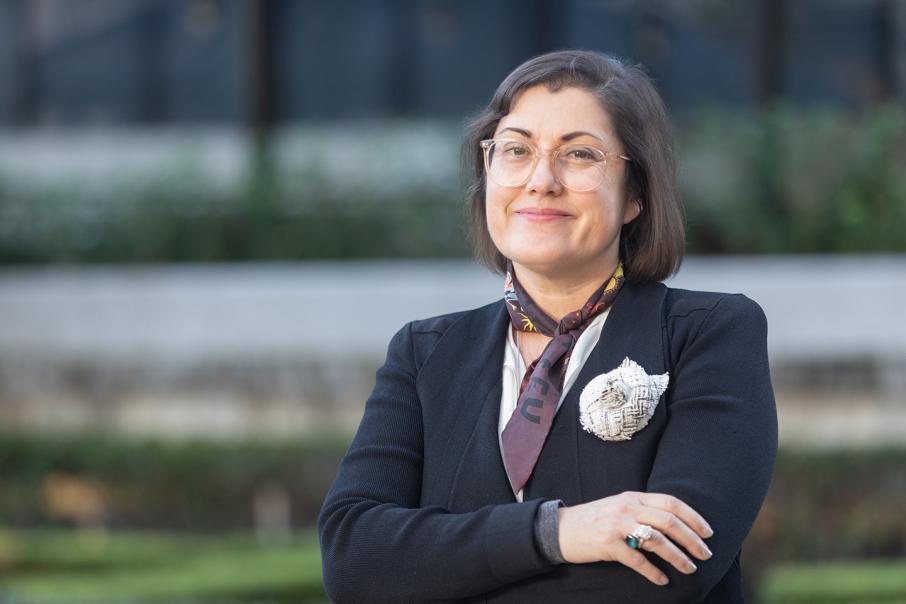 Tanya Trevisan says 2019 has been a much more positive year for apartment developers than the previous 12 months. Photo: Gabriel Oliveira

Developers are leaving market uncertainty in the past and focusing on design and amenity to guide the next wave of Perth apartment projects.

For most of 2018, those developers who managed to get an apartment project out of the ground in Perth considered it a significant achievement.

Data from Urbis showed apartment completions hit a cyclical low last year, with 1,345 multi-residential dwellings being delivered to market, a 53 per cent fall from 2017.

Urbis director of economics David Cresp said the number of completions was expected to rebound to 2,864 in 2019, posing a challenge for developers seeking to square away sales and launch new projects.

“We’re four years into a residential downturn in Perth, and we’ve got a continuation of fairly high levels of supply, compared to historical levels,” Mr Cresp told Business News.

Mr Cresp said sales during the past 12 months had been historically low, with 1,169 apartment transactions well below what he considered a more normal market of between 1,500 and 2,000 annual sales.

Investors had all but disappeared, Mr Cresp said, while foreign buyers, who generally helped spark a development’s progress by buying off-the-plan at early stages, had been scared off by the state government’s foreign buyer surcharge, introduced in January.

“One really telling figure, and an indication that developers are responding to softer market conditions, is that there are 13 projects that had achieved presales by March 31, with a total of 1,500 apartments” Mr Cresp said.

“If we go back two years ago, there were 33 projects with almost 3,500 apartments in presales.” 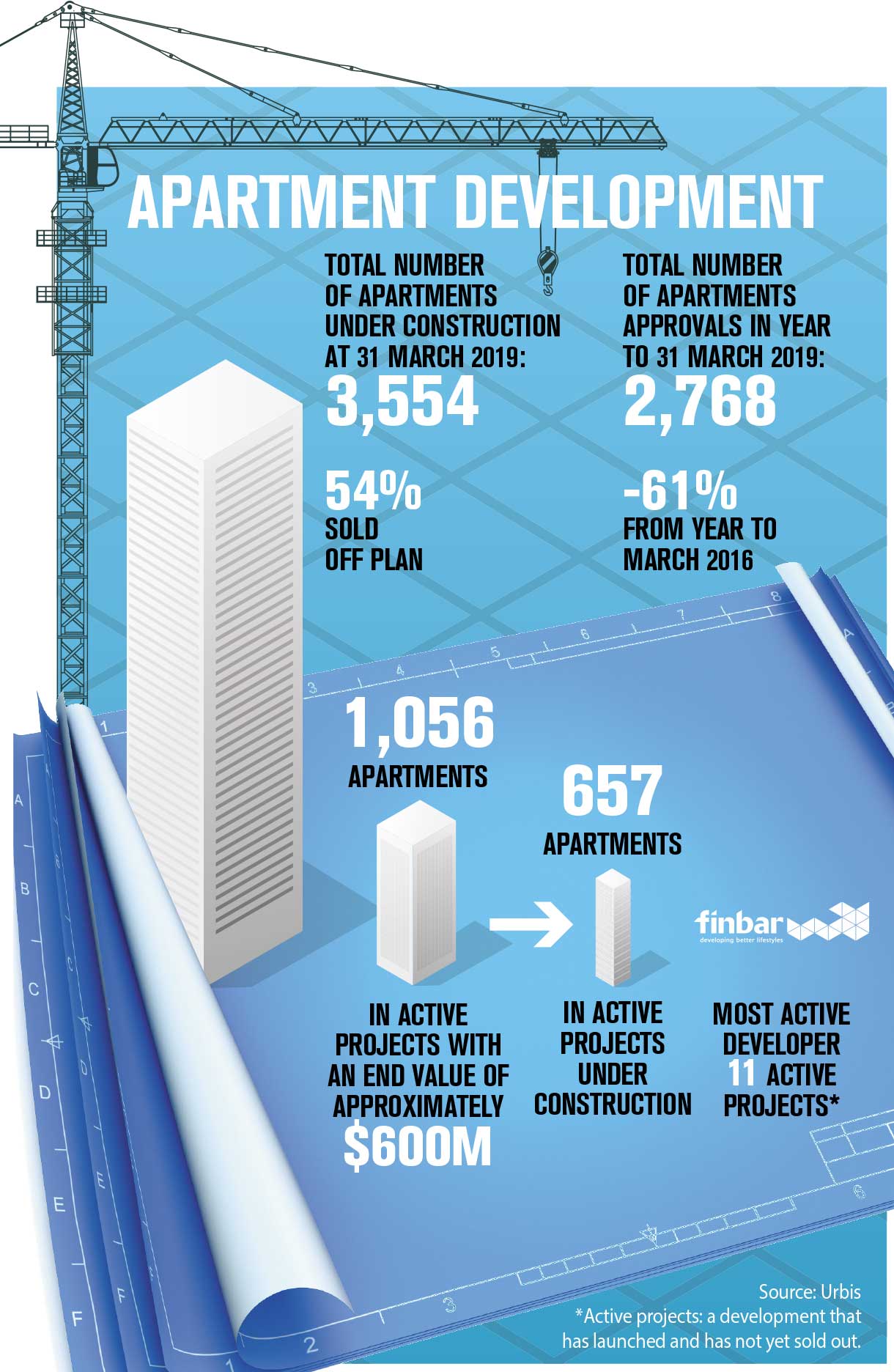 Against that gloomy backdrop, developers could be forgiven for adopting a pessimistic stance, however, the reality is that Western Australia’s biggest apartments players are embracing the challenge and taking the opportunity to push the boundaries of innovation and design.

Urbis director Chris Melsom, who recently joined the firm from architecture group HASSELL, said there was currently a higher focus on design than he’d ever experienced in Perth’s apartments sector.

“Industry has lifted the bar, there is a greater variety of architects involved,” Mr Melsom told Business News.

“It’s really competitive, so that means you need a point of difference and a wow factor.”

Iris Residential director Tanya Trevisan said the push for higher quality design was coming from two fronts – the state government’s efforts to improve the sector through its Design WA initiative, and developers seeking to establish a point of difference.

“The concept of good design is intrinsic when you have the belief that you’re providing homes for people,” Ms Trevisan said.

“If you’re not producing a home that your buyers actually want to live in, they won’t buy it, so you need to respond to the market.

“Aesthetics is part of it; it’s a bit like meeting your life partner, it’s about aesthetics initially and then other things come into play.”

She said much of Iris Residential’s energy was applied to ensuring its projects were in desirable locations, not only in terms of suburban location, but also the specific area in which they would be built.

“It’s looking at the amenity, the offer, and trying to stay up to date to make sure what you are providing is ticking those boxes,’ Ms Trevisan said.

“The other things you have to have is good security, and we also find owner occupiers are really interested in minimising maintenance and running costs because they are usually selling a larger freestanding house.

“Ultimately, it’s going to be someone’s home, you’re not just selling a commodity.” 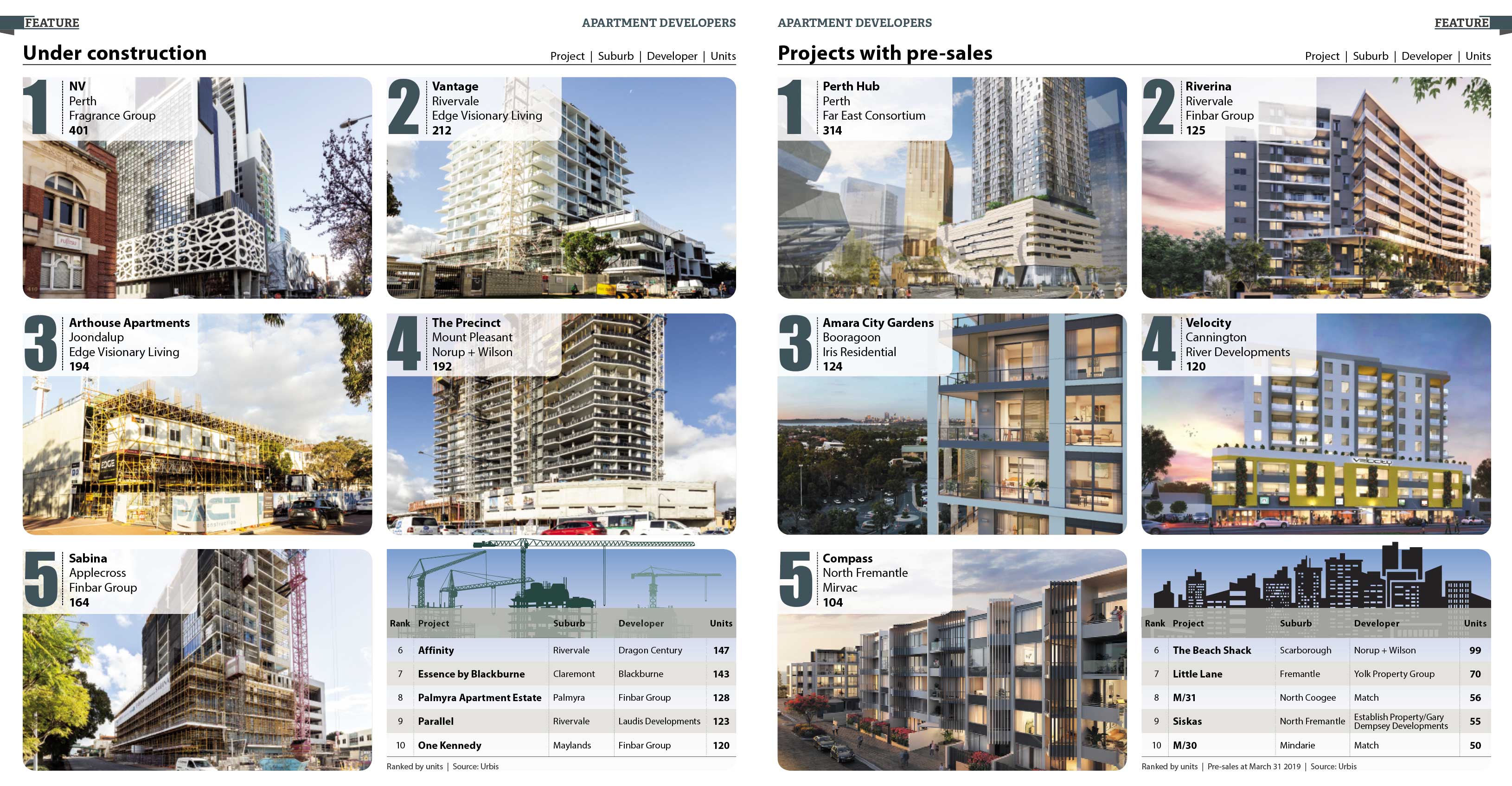 At Norup + Wilson, the focus on amenity for buyers has never been sharper, according to director John Norup.

The developer’s flagship project, The Precinct on Canning, incorporates features not only not seen in the Perth apartment market, but also not present in any high-rise buildings around the world.

Alongside technological innovations such as smartphone controlled lighting and air-conditioning, Norup + Wilson is delivering 10 food and beverage outlets at The Precinct, linked to each of its 22 floors by a dumbwaiter system, with apartment owners able to order meals via that same smartphone app.

“This is one of the first high-rise buildings in the world that actually has a dumbwaiter in it,” Mr Norup told Business News.

“How I know that is I actually went to all the big lift companies in the world and asked them to price a dumbwaiter in a 20-plus storey building and they all said ‘What? We’ve never done that before.’

“Everyone designs apartment buildings and everyone in their advertising says it’s hotel or resort-style living.

“We’ve never said that before because they’re just apartment buildings, they’re not hotels – hotels are where you can get food delivered to your floor.

“With ours, you’ve still got to walk to the lift but it’s as close to hotel-style living you’re ever going to get in an apartment building. Plus, what hotel has got 10 menus to choose from? None.”

Perth’s second-biggest apartment developer according to the BNiQ Book of Lists, Blackburne, has shifted its focus to the luxury end of the market, a reflection on the location of its projects and also current market supply.

“People just don’t have many options if they want a world-class design in a prime location at an affordable price.

“It’s a real gap in the market and this year we launch three new projects with $400 million worth of apartments to fill that gap.

“The good thing is that, in this market, buyers are being cautious and only buying well-priced apartments from reputable developers that deliver high-quality products.”

One of those new projects is also Blackburne’s biggest-ever development, located at the old Subiaco Pavilion Markets site.

Blackburne is creating a three-tower complex in Subiaco, linked by a comprehensive retail precinct that will include a new markets facility, as well as a wide range of food and beverage outlets.

“Being right on Rokeby Road and Subiaco train station but with views to Rottnest and the city is unprecedented,” Mr Blackburne said.

“I feel a huge sense of responsibility to deliver something iconic here.

“I used to live in Subi and I love the area. While it is a large project and may be seen as our flagship so far, I think there will be many more to come and we have a few similar projects we are working on now.

“We hope to be able to release these to the market next year.”