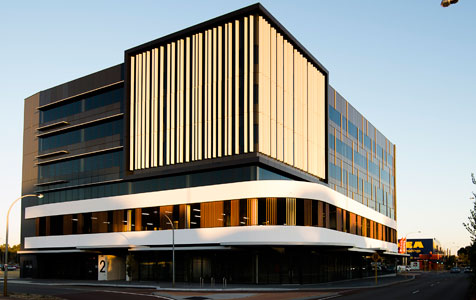 The Department of Transport has begun shifting into its new headquarters in Innaloo after Georgiou Group completed the construction works two months ahead of schedule.

Fitout work on the six-storey project, known as Tassels and located on the corner of Tassels Place and Ellen Stirling Boulevard, is almost complete, with around 550 staff from Driver and Vehicle Services beginning the move this week.

The state government holds a 15-year lease over the entire building, which was developed by Georgiou Capital and constructed by Georgiou's building division.

The 6,700 square metre project was designed by HASSELL.

Georgiou Group general manager Frank Dilizia said practical completion of the building was achieved in December last year, within the allocated budget and two months ahead of schedule.

The building has been designed to achieve a 4.5-star Nabers energy rating.

“The calibre of the development has been underscored by the strength of a long-term lease to the WA government, making Tasels and outstanding asset for Georgiou Capital and one that will perform very well for the company,” he said.

“This long-term ownership strategy underpins our clear focus on a high-quality outcome, and will ensure Tassels stands apart from other fringe location office buildings long into the future.”