A recent Economic Regulation Authority report would bolster the government’s case for the sale of Synergy –if it were to make one. 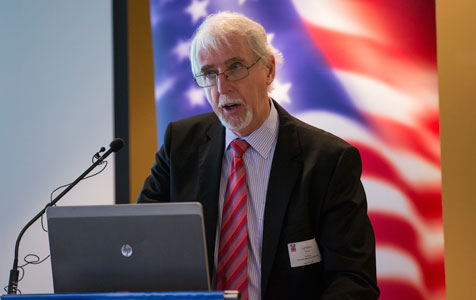 The stars are aligning for the eventual sale of the state-owned energy retailer and generator, Synergy. The pressure for the move is building, supported by a sequence of related events; but the denials continue.Lyndon Rowe's seamless switch from inaugural chairman of the Economic Regulation Authority to first full-time chairman of Synergy, bolstered by its recent merger with Verve Energy, set the hares running.

As a long term economic 'dry', Mr Rowe was a strong critic of Premier Colin Barnett's Synergy-Verve merger, describing it as being "anti-competitive". But that was then.

The appointment was followed by Energy Minister Mike Nahan's tabling in the Legislative Assembly of a discussion paper on the high cost of supplying electricity into the local market, and the options available to help curb cost increases.

Then there is Mr Barnett's undertaking to reduce state debt while also committing to the $2 billion-plus Perth Airport-Forrestfield underground railway, noting optimistically that the bulk of the cost would be met by budget surpluses. That is looking increasingly fanciful.

Coincidentally, the ERA has just completed an inquiry into microeconomic reform. Included among the findings was the suggestion that Synergy's financing needs would be better placed in private hands – provided power prices were cost-reflective – as would its ability to deal with risks from factors such as demand, bad debts and operational problems.

The conclusion: the government should "review the costs and benefits of divesting Synergy".

Announcing Mr Rowe's appointment as Synergy chairman, Dr Nahan, said pointedly: "The new business will continue to evolve as the state government focuses on dealing with challenges confronting energy utilities in a changing marketplace and reducing Synergy's reliance on its operating subsidy."

It was noted that the Synergy's subsidy in 2013-14 was $495 million. Combined with the subsidy for the regional provider, Horizon Power, the government- provided 'cushion' for consumers was more than $600 million.

Despite this, the average cost of electricity in the south-west grid over the next four years is still expected to rise by about 20 per cent.

The discussion paper adds: "Short of any significant changes in the cost outlook or the expected trajectory of tariff increases relative to that announced by the government, the annual subsidy from the government will be over $600 million – totalling over $2.4 billion in these four years on a business as usual case. This is a major impetus for reform in itself."

And it asks the telling question: "Why can high volumes of generating capacity be added each year with the costs passed through to customers, when there is clearly no requirement for it?"

With the state's revenue raising capacity under considerable stress, and spending commitments continuing to rise – as illustrated by the airport railway – the government is looking for any solution to ease the pressure.

But Mr Rowe is a model of discretion, saying his new role is simply to make Synergy as efficient as possible. Success, however, would also make the utility a prized asset on the privatisation block.

The WA Liberal Party has expressed alarm that members are being gripped by a two-term mentality – a belief that, because most recent governments have been turfed out after the second term, Colin Barnett's government will suffer the same fate at the 2017 election.

In fact the party's state director, Ben Morton, is so concerned he gave the 300-plus delegates at the recent state conference a pep talk to try and change the mindset.

Telling delegates that planning for the state poll, and the federal election set for 2016, had already started, he added: "My biggest concern is that I think some of us are talking ourselves into losing, some of us I think believe the sky is falling that fast, it's about to hit them on the head.

"That is not how I see it. I am very confident we can win a third term. But we have to start off believing we can. I am sick to death of negativity."

Mr Morton reminded delegates that the Liberals and Nationals hold 38 seats in the 59-seat Legislative Assembly. Therefore Labor had to win nine extra seats, and a swing of 9.2 per cent based on the last poll, to regain power.

He conceded it had been a rough time over the past 12 months and some things could have been done better.

The Liberal mood contrasts with a growing feeling within Labor ranks that it just might be able to achieve the swing needed to regain power.

But both sides know that a key factor determining their pre-election approach will be Mr Barnett's decision on whether he will stay on and try and win another term.

The early money says he will stay, but D-day on that is still 18 months away.