Denham jetty gets a facelift 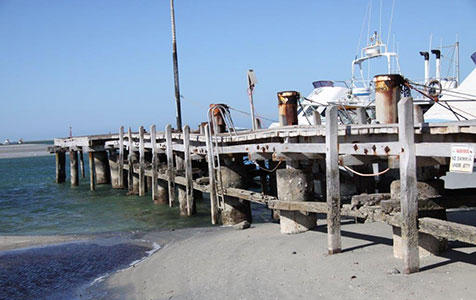 The funding has been provided through the state government’s $150 million Royalties for Regions program.

“The new jetty, which will be 30 metres longer than the existing structure, includes designated fishing and swimming areas without moorings on the east side to ensure safety,” he said.

The project will be managed by the Shire of Shark Bay.

“The design of the outer section of the new jetty will allow short term stays for recreational vessels, while the middle section will continue to accommodate boat pens on a permanent basis,” Mr Nalder said.

Mr Redman said the replacement of the current jetty with a new, modern, multipurpose structure would hold up its legacy as the centrepiece of the Denham foreshore.

“The new jetty will continue to be one of the few locations where locals and tourists have formal access to enjoy the waters of the world heritage listed Shark Bay and it will also provide an economic boost to the region,” he said.

A contractor has not yet been named for the jetty, however a tender is anticipated to be announced by early December.

Work is expected to commence in March next year, with an anticipated completion date in late 2015-early 2016.