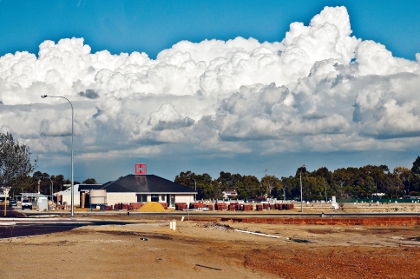 Mr Fogliani said the activity resulted a record year by land sales volume, which he expected to build on over 2012.

“Developers appetites for future pipeline projects are growing and Western Australia is now firmly planted at the front of mind for developers,” he said.

“Developers have a very positive outlook on the WA market backed by the continuing effect of the extraordinary resources investment expenditure and its anticipated effect on incomes and population growth, which is predicted to outperform the rest of Australia.”

Jones Lang LaSalle research and consulting analyst Hugh Peacock said the market was beginning to gain momentum, with a 36.7 per cent rebound for lot sales in the December quarter.

“In Rockingham, sales more than doubled over the previous quarter to 209 lots while sales in Swan increased by 66.8 per cent and Wanneroo increased 58.1 per cent,” Mr Peacock said.

“Highlighting developer confidence was the conclusion in December of the transaction for a 76 hectare parcel of land on Baldivis and Zig Zag roads, for $20.1 million.”

Mr Fogliani said he expected 2012 to be just as active as the previous year.

“based on current discussions and negotiations there is potential already for sales of more than $40 million this year.

“We are finding strong buyer depth, particularly for properties with planning certainty.

“Publicly listed developers have re-capitalised, syndicators have renewed interest from equity sources and private/offshore developers are cashed up and ready to move.

“The active developers have secure sources of capital available and have allocated a strong acquisition weighting to Western Australia.”