SPECIAL REPORT: The potential for mass production of electric cars is among a number of high-technology trends sparking interest in Western Australia’s lithium sector, with a series of companies touting projects to meet a forecast surge in demand. 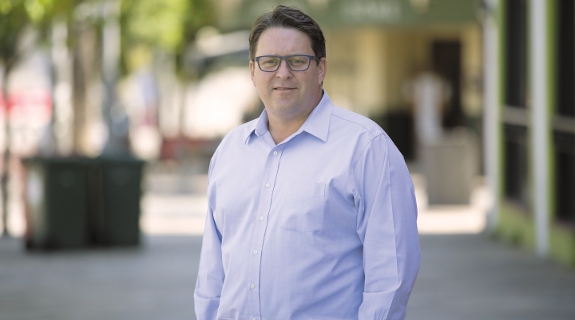 There’s a good chance the phone in your pocket uses a battery powered by WA lithium, and the market is set for a technology driven boom. 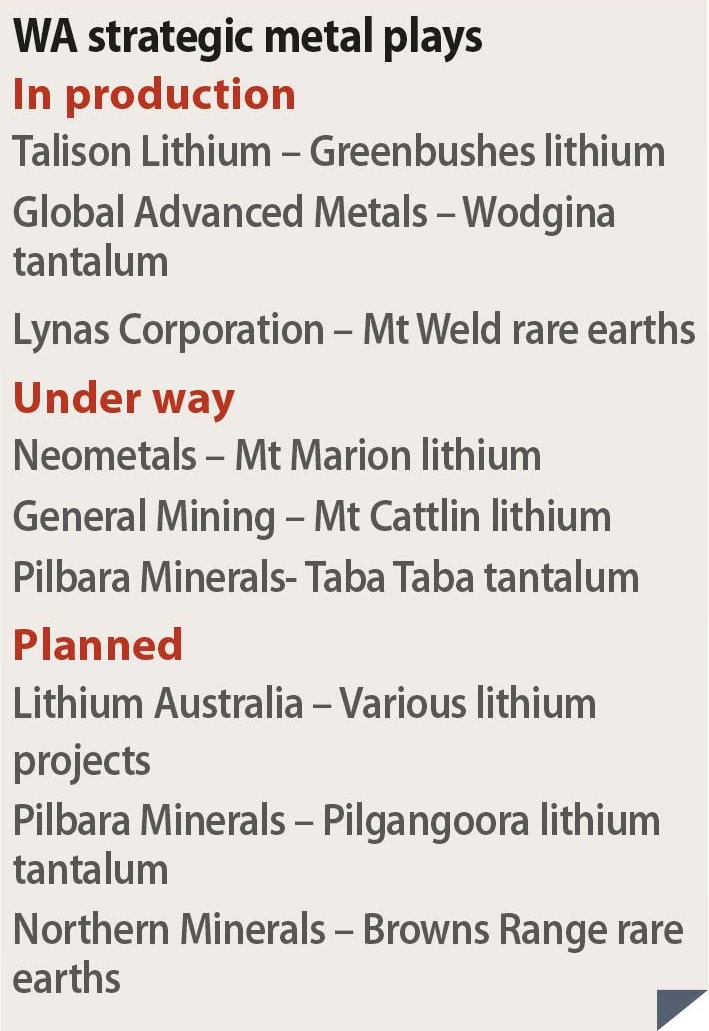 The potential for mass production of electric cars is among a number of high-technology trends sparking interest in Western Australia’s lithium sector, with a series of companies touting projects to meet a forecast surge in demand.

WA is already one of the world’s largest suppliers of lithium, a light, reactive metal used in glass, polymers and metallurgy, although battery production makes up the largest share of the market (38 per cent).

As Tesla Motors, led by American entrepreneur Elon Musk, Panasonic and other global players open a series of new facilities, lithium battery production could more than triple by 2020, dramatically increasing demand for the metal itself.

Local project proponents are predicting that supply will struggle to catch up.

Two pieces of news last week provided further cause for optimism, with General Mining Corporation sealing an offtake deal for the former Galaxy Resources controlled Mt Cattlin mine, while TNG announced a memorandum of understanding with Caterpillar to secure financing for its $970 million Mount Peake project.

Mothballed in 2012, Mt Cattlin, near Ravensthorpe, contains lithium and tantalum, the latter a heavier metal with uses in electronics and in alloys.

Interest in the site was rekindled earlier this year when General Mining, headed by executive chairman Michael Fotios, bought the rights to operate the resource for $7.5 million.

Bringing the mine back into production should cost around $15 million, the company said.

Following a capital raising, the recently minted offtake deal was with Mitsubishi Corporation, and will last for at least four years.

A further project under way is the Neometals Mount Marion lithium mine, which reached a final investment decision at the end of September.

Neometals owns 45 per cent of the project, after selling 25 per cent in an offtake agreement with Chinese industrial giant Jiangxi Ganfeng Lithium earlier this year.

Neometals managing director Chris Reed said the mine would be in the bottom quartile in the global cost curve and had been effectively de-risked for the company.

“Mineral Resources will operate the project mine to port,” he said.

Construction is set to start next month.

The project had an earlier false start due to a price war in the lithium market, and excess capacity.

“It was a bit of a blessing in disguise to some extent,” Mr Reed told Business News.

“We developed technology to compete with brine producers in the long term.”

Mr Reed said the company would now focus on commercialising downstream value-adding opportunities in processing of the metal.

A good portion of the world’s lithium supply already comes from Australia, with the Talison Lithium-owned Greenbushes mine in the state’s South West pumping out almost 740,000 tonnes per annum of concentrate.

Lithium Australia, formerly known as Cobre Montana, is seeking to partner with companies holding lithium-mica deposits, another potential source of the mineral, and is working with Strategic Metallurgy on a new type of extraction technique.

The company has made a call on partly paid shareholders seeking to raise $366,000.

Lithium Australia managing director Adrian Griffin said the last call had a high success rate, and he expected a similar result this time.

The company previously was engaged in the iron ore market in South Africa, and then made unsuccessful plays in other resources in Africa and South America.

North Fremantle-based Pilbara Minerals has two interests, including the Taba Taba tantalum project, which should be in production during November.

Mine life estimates are around 14 months, with the company to undertake further exploration work.

It is underpinned by a five-year offtake agreement with Global Advanced Metals, an offshoot of Talison, which currently produces 1.4 million pounds of tantalum annually at its operation in Wodgina.

The next step is the Pilgangoora project, where Pilbara hopes to produce both lithium and tantalum.

It plans to maintain full ownership of the resource, and will likely fund the roughly $100 million project through debt.

“There’s not a lot of money, in reality, for development of (resources) projects,” Mr Young said.

“We’ve got a pretty large shareholder base … we’re looking to encourage institutions to come on to our register.”

But strategic metals are tending to buck the trend.

“(Buyers are) concerned that a lot of their current and future (sources of lithium) will got to the battery market,” Mr Young said.

“(Lithium has) a very strong market, most users are looking for supply.”

While the state largely produces in rock form, the biggest competitor, Chile, produces brine – an alternative in salt flats.

“We need everyone to step up so China can build the capacity,” Mr Reed said.

“Once the capacity is built for spodumene (the rock form), you can only feed spodumene.

A tougher market is in the series of strategic metals known as rare earths, the supply of which is largely controlled by China; the price for most forms of the resource has fallen up to 80 per cent since a peak in 2011.

Like lithium and tantalum, these metals have technological applications ranging from colouring pixels on a phone to powering magnets in wind farms.

Lynas Corporation is the state’s most notable rare earths player, with its Mt Weld mine located near Laverton, and a processing facility in Malaysia.

It is reportedly considering a bid for the other major rare earths producer outside of China – US-based Molycorp.

Northern Minerals is working towards its $329 million Browns Range project in the Kimberley, including securing a $50 million funding partnership with Jien Mining and primary environmental approval.

Jien was involved in a memorandum of understanding for a 50 per cent offtake stake, too.

The company is now focused on reducing costs to ensure the future project would be profitable across the commodity cycle.