Demand only one side of the trade equation 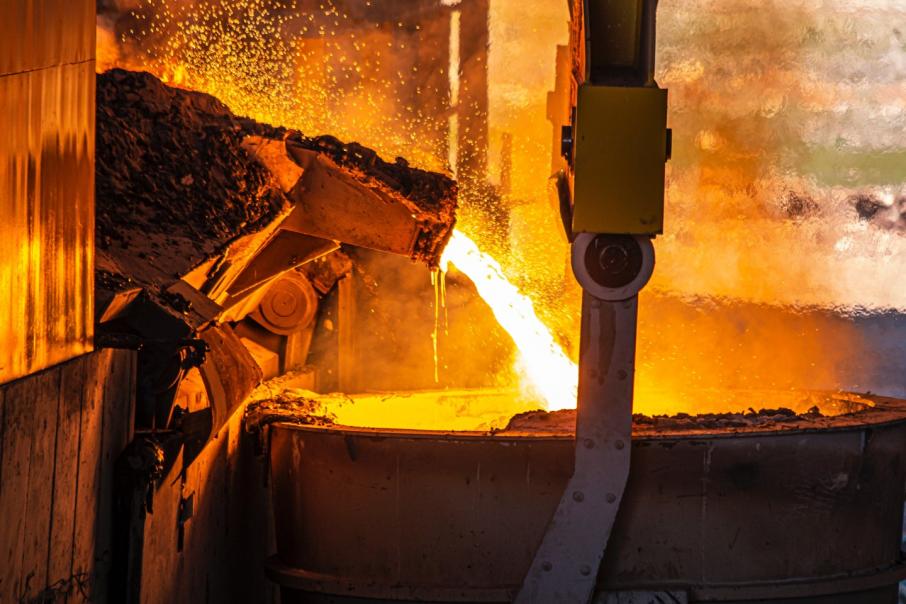 China’s trade war with Australia is not working out as planned, with the latest developments in coal pointing to a long-term problem for Beijing.

Rather than forcing a quick surrender because it is the biggest buyer of Australian minerals and agricultural products, China is discovering that purchasing power is not enough if there is a supply shortage.

In the case of coal, the loss of access to the Chinese market for Australian miners is proving to be a short-term irritation, because other markets have opened for high-quality Australian coal.

While not a politically correct commodity because it is a major cause of carbon pollution, there are valuable lessons in coal exports that will apply to other areas of trade, including iron ore.

In the simplest terms, what’s happening in coal is an example of how markets can rebalance and how demand is only one side of the equation, with supply often the more important factor in setting a price.

So, when China placed its illegal ban on Australian coal as retaliation for demands for an open inquiry into the cause of COVID-19, it simply caused coal shipments to be redirected.

The biggest loser from this act has been China’s steel industry.

Rather than having access to Australia coking (steelmaking) coal, which is widely regarded as the best in the world, China’s steel producers had to buy coal from Canada, Russia, and the US.

Adding insult to China’s self-inflicted injury, the price of high-quality coking coal has almost doubled over the past two months to more than $US200 a tonne. Thermal coal, which is used to generate electricity, is doing even better, up 200 per cent since this time last year at $US150/t.

In a mid-July note to clients, Macquarie Bank described events in the coal market as “trade reshuffling”, with a surplus of unsold Australian coal dispersed to new customers who are pleased to have access to a premium product, while coal miners now have “fewer eggs in a China basket”.

Meanwhile, there is a much bigger trend emerging in commodity markets than the predictable rebalancing of coal. It’s the shift from demand being the key factor in price setting to supply or, more specifically, increasing evidence of shortages as multiple environmental, social and governance (ESG) issues hamper production and delay new project developments.

Iron ore is the best example of a supply squeeze, with events in Brazil having slowed shipping movements. The net result has been an iron ore price that has become stuck in near-record territory of more than $US200/t.

On top of Brazil’s problems has been a surprise shortfall in Australian iron ore exports, courtesy of heavier-than-usual rain in the Pilbara (a classic environmental issue) and mismanagement of indigenous relations (social).

Behind the scenes, a long-term supply problem is the lack of investment in new Australian or Brazilian mines, partly a result of China saying it will build its own mines in Africa to break the Australia-Brazil duopoly.

The problem for China is the new African mines will not be producing for at least five years; and by then they will simply be the supply to meet expanded demand, with every chance that the ore price will remain elevated.

Mineral sands such as ilmenite, rutile and zircon are another supply side problem working in Australia’s favour, with two big Africa mines either closed or soon to close.

One of the world’s biggest mineral sands mines, the Richards Bay operations of Rio Tinto in South Africa, is closed indefinitely because of domestic terrorism.

On the other side of the continent, the mine of Iluka Resources’ subsidiary, Sierra Rutile, is on closure alert because of ore processing difficulties.

A shortage of mineral sands supply from Africa is boosting raw material prices and the share prices of Australian miners.

Lithium, if recent developments are a guide, could be the next mineral affected by a supply squeeze as European carmakers demand material produced without causing environmental damage of the sort that occurs when scarce water evaporates from lithium production ponds high in the Andes of Chile and Argentina.

The winner, yet again, from an emerging ESG supply issue is Australia, which produces its lithium from conventional hard-rock mines that do not damage water supplies.

For China, which is used to calling the shots in commodity markets because it is the biggest consumer, the changing market conditions are a significant threat to its big manufacturing sector.

For Australia, it could be an opportunity to continue diversifying the country’s customer base in the same way coal has been forced to do. What started out as a problem appears to be morphing into a bonus.

Another example of supply emerging as a more powerful market driver than demand is the remarkable recovery in the price of diamonds since Rio Tinto closed the Argyle mine in the Kimberley.

After a steep fall, like everything else at the height of the COVID-19 pandemic, rough diamonds are now selling for more than they did before the global slowdown; and they’re forecast to keep rising because there are few new mines being developed.

Synthetic gems are making up for the shortfall in natural diamonds, which were being produced at a rate of 152 million carats in 2017 when Argyle was in full swing as the world’s biggest diamond mine but have dropped to 119 million carats this year.

Biggest winners from the diamond revival, which is mainly being felt in the market for larger stones weighing more than three carats, is the traditional leader, De Beers, and the big Russian diamond miner, Alrosa.

At its latest sale of rough gems to the diamond trade last month (June), De Beers increased the prices of stones weighing more than two carats by 10 per cent. It’s the second substantial rise this year, aided by a demand recovery but mainly because of a supply shortfall.

On the way out?

Palladium, another commodity expected to be added to Western Australia’s inventory of minerals, might not enjoy the dazzling launch expected as recently as April when it was trading at $US3,000 an ounce.

Since hitting that all-time high, palladium, which is the primary metal in the Julimar discovery of Chalice Mining on the outskirts of Perth, has fallen to $US2,621/oz, perhaps on its way to $US1,200/oz by 2025, according to Macquarie Bank.

Palladium’s problem, like that of its sister metal, platinum, is that its major use is in the exhaust cleaning systems of petrol-powered vehicles, an endangered species as electric cars capture market share.