Demand for apartments a matter of timing

Waning interest in off-the-plan apartment sales in Perth is adding to the challenges facing developers. 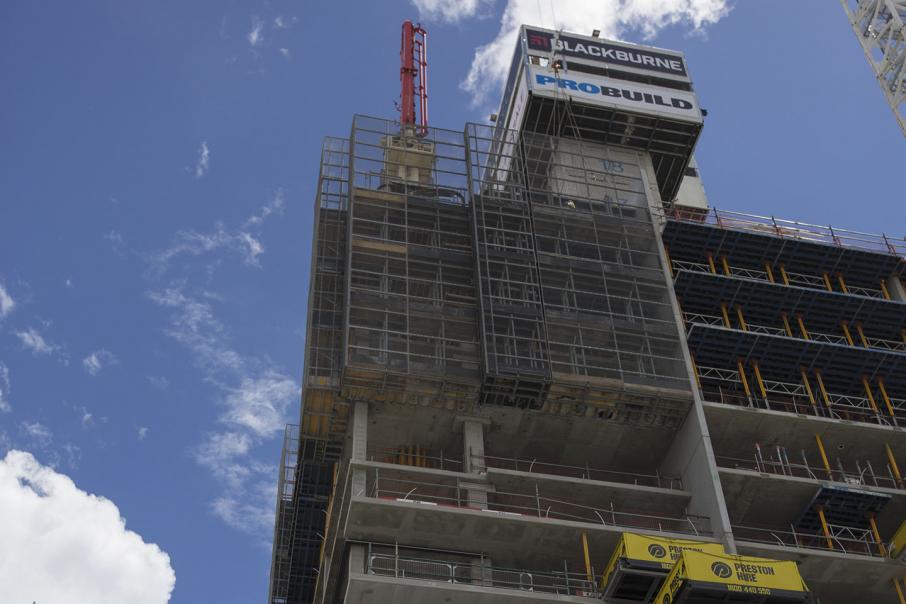 Waning interest in off-the-plan apartment sales in Perth is adding to the challenges facing developers.

Growing numbers of apartment buyers are hedging their bets on their purchasing decisions, ramping up pressure on developers to achieve the pre-sales necessary to secure finance.

Recent sales data from across Perth suggest prospective buyers are increasingly waiting for construction to begin or for projects to be completed before committing to a purchase.

The latest data on Perth’s apartments market from research and analytics firm Urbis showed sales continued to slow in the third quarter of 2016, with the 357 sold in the three months to September 30 down significantly from the 644 sold over the same period last year.

Urbis director of research and economics David Cresp said the sales plunge reflected the state of the wider residential property market in Western Australia, which was experiencing lower demand across the board because of slowing population growth.

He said the increased difficulty in achieving pre-sales was evidence of the market self-correcting to moderate supply.

“While there are quite a lot of new projects that are planned to be launched in the next 12 months, they’ll only go ahead if the developer thinks a market is there and they are going to get the traction that they wanted to get,” Mr Cresp told Business News.

“There is a trend at the moment where developers are just holding off and making sure they’ve got the product right and if the market is there, it’s going to support it.”

However the difficulty with holding off, according to Blackburne managing director Paul Blackburne, was that a significant portion of the market wanted to buy into a completed building.

Urbis’s statistics showed Blackburne achieved 24 sales at its Aria development in Swanbourne in the September quarter – the leading project in Perth – all of which were made after construction on the project was completed.

Mr Blackburne said his firm also experienced a significant uptick of interest at its Oracle project in Northbridge after a crane was installed on site and the building’s structure started rising out of the ground.

“Around 50 per cent of the apartment market in Perth would prefer to see the completed product before they buy,” Mr Blackburne told Business News earlier this year.

“There is some nervousness about buying off the plan, but for completed stock, there is real demand.”

But Mr Blackburne said the nature of the apartment market, where developers needed to sell around 75 per cent of a project before they could start construction, meant there wasn’t a lot of supply of completed dwellings.

“If you ask the average Joe walking down the street, the image they’d have from what’s been written (in mainstream media) is there are all these vacant apartments finished around Perth, thousands of them,” he said.

“But I challenge you to go out on a Saturday and say ‘I want to go and have a look at some’ – they don’t exist.

“I went out myself last weekend and was wondering where all the apartments that everyone says are empty?

“There are some off-the-plan projects if they weren’t priced well or weren’t in good areas; yeah they’ve stalled on the sales, but so they should.

“If they’re not priced well and designed well, then that’s a great thing for the market that they don’t get off the ground.”

Crème Real Estate managing director Cindy Lee, who specialises in apartment sales, said the fact that some projects had fallen over in recent months was also to blame for slowing sales rates.

“Secondly, buyers are now starting to realise that there is less supply in the market because more developments aren’t going ahead so they’re more focused.

“And when you’re more focused, you become a slightly more discerning buyer.

“Three years ago people didn’t even look at the plan or the finishes, they’d just assume that it was going to be delivered and they’d like it.

“Now you’re getting a lot more questions about what are the finishes exactly, wall detailing, roof balustrades, they want to know that technical detail.

“People need to have all of their questions answered before they’ll commit.”