Over the course of two decades, Deloitte has overtaken all its major rivals to become the largest accounting and consulting firm in Western Australia, helped by multiple acquisitions. 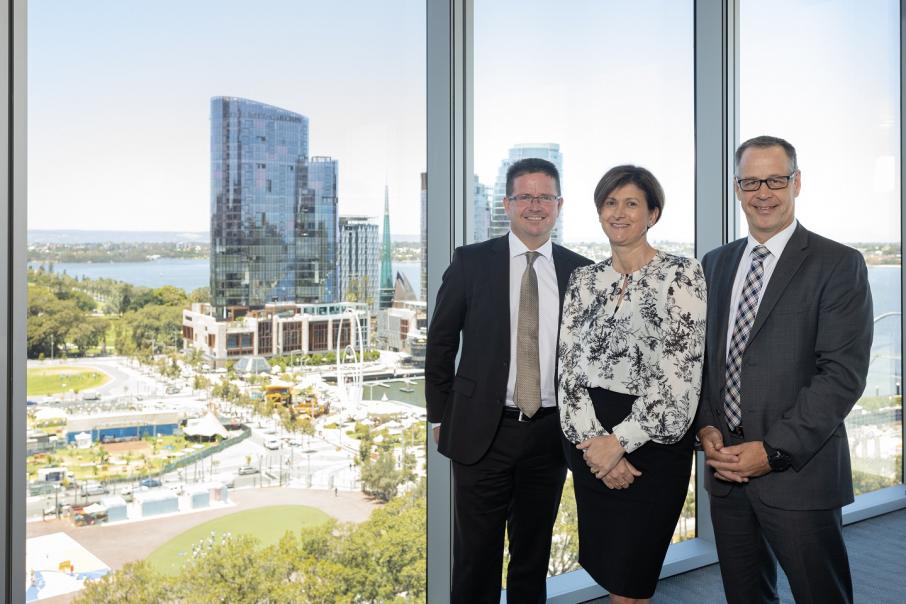 Over the course of two decades, Deloitte has overtaken all its major rivals to become the largest accounting and consulting firm in Western Australia.

When Michael McNulty moved across St Georges Terrace to join Deloitte in April 2002, his new employer was a laggard in the WA market.

Deloitte had just 14 partners and 155 staff that year.

EY, PwC, KPMG, RSM and Andersen all had larger practices in WA, with Deloitte’s biggest competitors having nearly twice as many people, according to the BNiQ database. 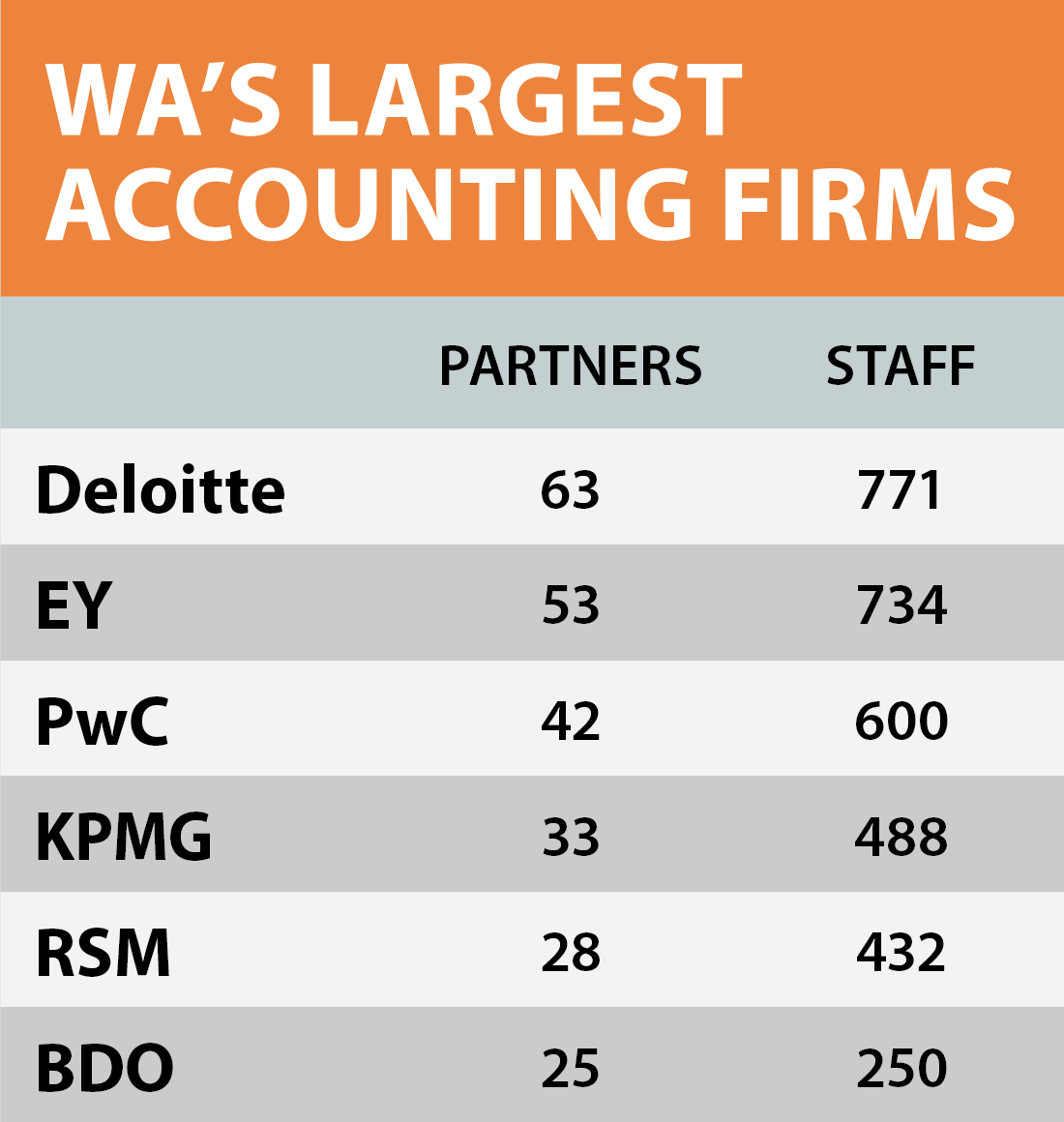 That means it has overtaken long-time market leader EY as the largest accounting and consulting firm in WA (see table).

The latest boost came from Deloitte’s recent acquisition of Sydney-based consulting firm Presence of IT, which has about 600 people across Australia and overseas.

That includes 30 people who have joined Deloitte’s WA team.

It comes six months after Deloitte bought Perth-based consulting firm The Terrace Initiative, which added two partners and 25 people to the WA practice.

Nationally, Deloitte has completed nine acquisitions over the past 18 months, diversifying its business and adding substantially to the group’s organic growth.

Mr McNulty said Deloitte’s WA practice lifted revenue by 15 per cent in the year to May 2019.

That put WA just ahead of the overall Deloitte Australia practice, which increased revenue by 13 per cent to $2.3 billion.

It was the fifth year in succession Deloitte Australia achieved double-digit revenue growth.

National chief executive Richard Deutsch said the group had achieved strong growth across its consulting and advisory arms as well as its traditional audit practice.

“Deloitte remains strongly committed to the multi-disciplinary model,” he said.

“Our unique ability to integrate strategy, people, and technology continues to be one of our key differentiators.

“Growth has been especially strong in relation to our systems architecture, cognitive automation and robotic capabilities.”

Mr McNulty said lateral partner hires, and their team members, had added significantly to the growth of the WA practice.

In the past two years, Deloitte has added 11 lateral hires, plus two from the acquisition of The Terrace Initiative.

In addition, the group has promoted 10 partners from within the WA practice over the past two years.

Deloitte’s acquisitions indicate how much the firm has diversified beyond traditional practice areas like tax, audit and business advice.

The Terrace Initiative, established in 2013 by Melissa Bell and Corrie Scheepers, specialises in change management for mining and transport businesses.

It has been integrated with Deloitte’s human capital consulting practice, which has more than doubled in size with the acquisition of Presence of IT.

Presence of IT provides consulting, software and support services to help clients improve their workforce and payroll management.

A third acquisition that made a small addition to the WA headcount was Melbourne-based information management consulting business NeoData Australia.

Mr McNulty said that even where acquisition had not added to the head count in WA, they had provided a boost by adding to the group’s capabilities.

“It has enabled us to grow teams in a number of areas such as SAP, Oracle, digital and advanced analytics,” he said.

Mr McNulty joined Deloitte in 2002, ahead of the collapse of his former employer, global accounting firm Andersen.

Five of Andersen’s 10 partners joined EY, helping to entrench that firm as the largest in WA, until now.

Mr McNulty and a second partner from Andersen’s consulting practice, Iain Gerrard, along with 36 staff, opted instead to join Deloitte.

Deloitte has completed several other in-market mergers over the years.

In 1994, its WA practice merged with BDO Nelson Parkhill.

In 2010, Deloitte recruited PKF’s 30-strong audit practice while in 2014 it acquired specialist tax firm KD Johns & Company, which had been established by another former Andersen partner, Keith Johns.

Nationally, Deloitte has 880 partners and more than 10,000 staff, nearly double what it had five years ago.