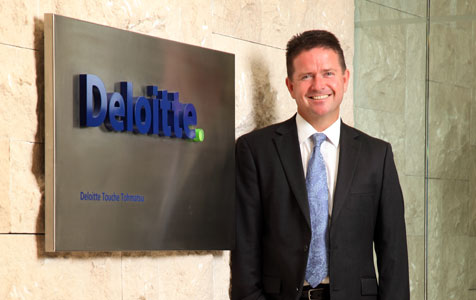 The two groups will work together to provide advisory services across the nation, with an eye on growth areas such as the projected demand for clean energy from Asia's emerging middle class.

"This alliance brings together a pragmatic and structured project management and engineering culture with the problem solving and innovative project financing and risk management capability of an advisory firm," Deloitte WA managing partner Michael McNulty said.

"The combination of our skills will create, and are already creating, new joint service offerings that are assisting our clients."

WorleyParsons moved further into the advisory space with its acquisition of unlisted infrastructure advisory group Evans & Peck Group for $87 million in 2009.

While the groups intend to collaborate closely, they said they would retain their core functions without treading on each other's toes.

"Even though WorleyParsons and Evans & Peck will provide the alliance with specialist advisory services, we don't intend imitating the financial, accounting and advisory services of Deloitte, and conversely nor does Deloitte intend building the engineering services that WorleyParsons has developed over more than 30 years – we've agreed to team up."

The alliance follows in the footsteps of similar ventures between the two organisations' outfits in Canada and South Africa.

WorleyParsons today announced a fall in first half profit due to a quiet order book.

However contract awards had picked up in recent months, and the company still says it expects full-year profit to be higher than last year, with earnings heavily biased to the second half of the year.

The company also expects earnings in its minerals, metals and chemicals business to improve this fiscal year.

A mining sector slowdown, particularly in Western Australia, contributed to a 9 per cent fall in profit last year to $322.1 million.