Gold producer Beadell Resources says a number of delays at its Tucano project in Brazil are to blame for a shortfall in gold sales for the March quarter. 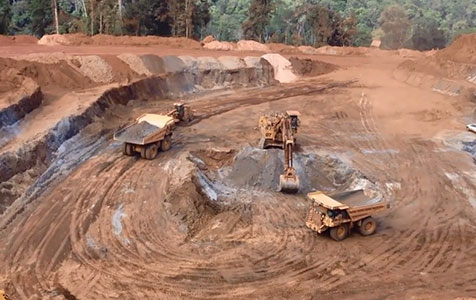 Gold producer Beadell Resources says a number of delays at its Tucano project in Brazil are to blame for a shortfall in gold sales for the March quarter.

Beadell said sales were 8 per cent shy of its lower-end guidance of 36,000 ounces, which was primarily due to 24 per cent less material movement by contractor Maca.

“The reason for this shortfall can be attributed to the unexpected delay in the arrival on site of the additional earthmoving fleet arriving previously ordered,” Beadell said.

“The first of this equipment, five new dump trucks, are arriving next week closely followed by a 150-tonne excavator and auxiliary equipment.”

Beadell said the equipment would ensure ongoing material movement targets were met in the future.

“In addition to this, the first ever semi-autogenous grinding mill re-line at Tucano occurred during the quarter, which took eight days, twice as long as planned, equating to about 2,000oz of unplanned lost production,” it said.

The company said full-year gold guidance of 170,000-190,000oz remained firmly in place and a planned modest cutback of its high-grade Duckhead pit into its 2015 mine plan had been completed and was included in the guidance.

“It is anticipated this will contributed about 20,000oz of low-cost gold into the production profile,” Beadell said.

Beadell shares closed 5.8 per cent lower at 24 cents per share.