If in doubt that we really are sailing in unchartered economic waters, consider one number; it’s a big number, but the estimated $US2 trillion invested around the world in government and corporate bonds that carry a negative interest rate paints a very disturbing picture. 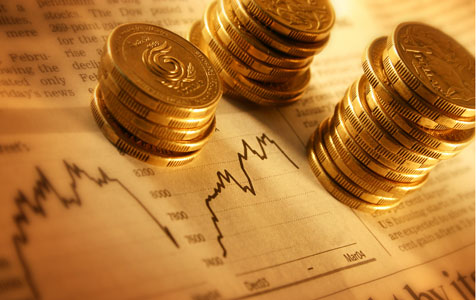 If in doubt that we really are sailing in unchartered economic waters, consider one number; it’s a big number, but the estimated $US2 trillion invested around the world in government and corporate bonds that carry a negative interest rate paints a very disturbing picture.

For anyone struggling with the concept of negative interest rates, or trying to visualise $US2 trillion, then just think of the money as being roughly the value of the Australian economy, and negative rates as a time when depositors pay the bank to hold their money rather than earning interest from the bank.

The speed at which the negative-rate trend has spread is almost as alarming as the value of money parked for safety in deposits that, in theory, starting shrinking from the moment they’re made.

According to investment bank JP Morgan, it was less than 12 months ago that money in negative-interest accounts in countries such as Norway, Finland and Austria amounted to around $US20 billion.

Describing the rise to $US2 trillion as a rush is an understatement. It’s been a stampede, with Germany last night setting a new record by selling $US3 billion in five-year bonds at minus 0.08 per cent.

The trend away from traditional interest-bearing deposits prompts many questions, with the most important being: why do people do it?

One explanation is that people with money have become deeply alarmed about the prospect of global deflation, a phenomenon that is as much psychological as it is economic.

Deflation encourages people to put off buying goods and services, or investing, because they believe that whatever it is they’re thinking of doing it will be cheaper tomorrow.

Fighting deflation has become the number one goal of central banks around the world as they struggle to create conditions conducive to a little bit of inflation – the process which encourages spending – because of a belief that it’s best to buy today because whatever it is will be more expensive tomorrow.

The problem of deflation, which is becoming entrenched in some European economies, is that once embedded into the psyche of shoppers and investors, it can take years to shake free.

Australia is not immune to the deflationary spiral, and while ultra-low interest rates here look like being lowered another notch next month as the Reserve Bank of Australia tries to boost growth, the truth is that the national, and Western Australian, economies have rarely looked weaker.

Measures of the slowdown are everywhere, starting with the heavy losses revealed during the past week by small iron ore companies and the big profit falls posted by leading local companies, such as Seven Group’s 74 per cent profit fall in the December half.

What stood out in the Seven result was the sharp drop in new equipment sales by Seven’s industrial equipment division, WesTrac, with a 47 per cent fall in sales another sign that WA’s all-important mining sector is struggling.

More to the point, the slowdown in mining investment seems unlikely to reverse any time soon, with a survey by the ANZ Bank pointing to a continuation of the collapse in resources project development.

According to the bank, investment in resources projects is set to plunge over the next few years, with WA and Queensland bearing the brunt of the downturn that could trigger a fall in major project investment from $61 billion last year to $10 billion in 2017.

Warning signs can be seen across Australia that the economy is struggling for traction, with the slowdown being accelerated by an impotent government in Canberra unable to pass legislation and therefore unable to correct a ballooning budget deficit.

It’s when you marry Australia’s domestic slowdown with the global slowdown and the rush to negative interest deposits in safe havens that the investment decline becomes easier to understand.

In a way, Australia’s resources sector is already in the grip of deflation, with investment decisions being delayed because of a belief that it will be cheaper to develop a mine tomorrow (which is probably true as costs tumble for equipment and labour).

A greater understanding of deflation and its effects does not answer two critical questions.

• Will Australia join the drift to negative interest rates?

• What’s keeping the Australian dollar from dropping further than it already has?

The answer to the first question is ‘not yet’. Our interest rates are well above the global average and, while they’re falling, we have a long way to go before we hit zero.

Relatively high interest rates here are also a reason for the dollar hanging on to an exchange rate of US78 cents.

But, and this really is the big but, what happens when the US starts to raise interest rates which, according to interpretations of the latest talk by the head of that country’s central bank, Janet Yellen, will probably be around mid-year, or perhaps as late as September.

Once the US starts lifting its interest rates the world will become a different place, primarily because of another big number.

This time the number to consider is $US9 trillion, which is the value of loans held by non-bank borrowers outside the US but in US dollars.

Low interest rates in the US since the 2008 GFC have triggered a stampede into US dollar-denominated debt.

When the US starts raising rates – and that is a when, not an if – there will be a wholesale shift in values, with Australia’s weakening economy meaning that our interesting time will become even more interesting.