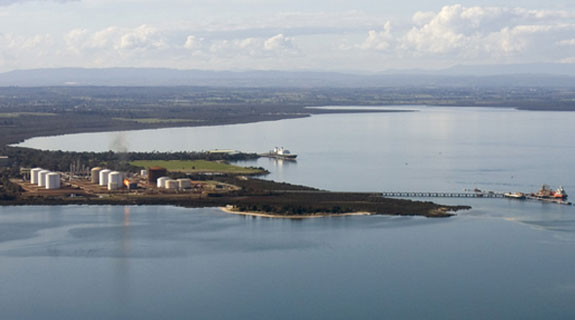 The fuel terminal at the Port of Hastings in Victoria.

Construction and contracting firm Decmil Group has added a $27.3 million fuel terminal expansion deal to its order book, with the works to be undertaken at the Port of Hastings in Victoria.

Decmil said the contract with United Terminals would be fulfilled by its Eastcoast Development Engineering subsidiary.

The works comprise a significant expansion of the fuel terminal at the Hastings port, including building two new storage tanks, extension of the loading facilities, new pumps, piping and fire protection systems, as well as replacing two tank roofs.

EDE will also undertake design and construction of civil, structural, mechanical, piping and instrumentation works related to the expansion.

Decmil chief executive Scott Criddle said fuel infrastructure had been an increasing focus for the group since it acquired EDE in 2012.