Shares in Decmil Group tumbled 18 per cent today after the contractor posted a big half-year loss, cut its dividend, and indicated more restructuring was needed. 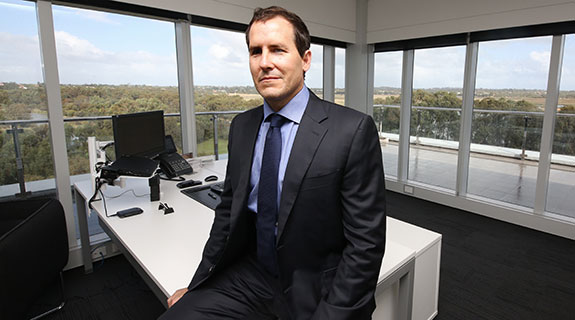 Shares in Decmil Group tumbled 18 per cent today after the contractor posted a big half-year loss, cut its dividend, and indicated more restructuring was needed.

The company posted a net loss after-tax of $54.7 million for the six months to December, compared with a profit of $24.3 million in the previous corresponding period.

The biggest factor was a $78 million pre-tax write-down in the value of its Homeground accommodation village in Gladstone, which was foreshadowed earlier this month.

The downturn in Decmil’s business was shown by the 57 per cent fall in revenue to $166.9 million, from $389 million previously.

Its underlying earnings – EBITDA before writedowns and restructuring costs – fell to $8.3 million from $38.7 million.

The company declared an interim dividend of 2 cents per share.

Managing director Scott Criddle indicated the company was still on a journey to diversify away from the resources sector to areas such as infrastructure, defence and renewable energy.

“We have continued to transform the business as we move on from the recent resources boom market,” Mr Criddle said.

“This transformation is not yet complete and will continue in the second half of the 2016 financial year.”

The company said it is also looking to develop new service offerings to the resources sector, including an EPC capability and specialist asset support for the oil and gas sector.