The fate of aged care provider Bethanie’s $16 million apartment plan hangs in the balance after the City of Fremantle pushed for it to be refused over concerns it would be an over-development of the site. 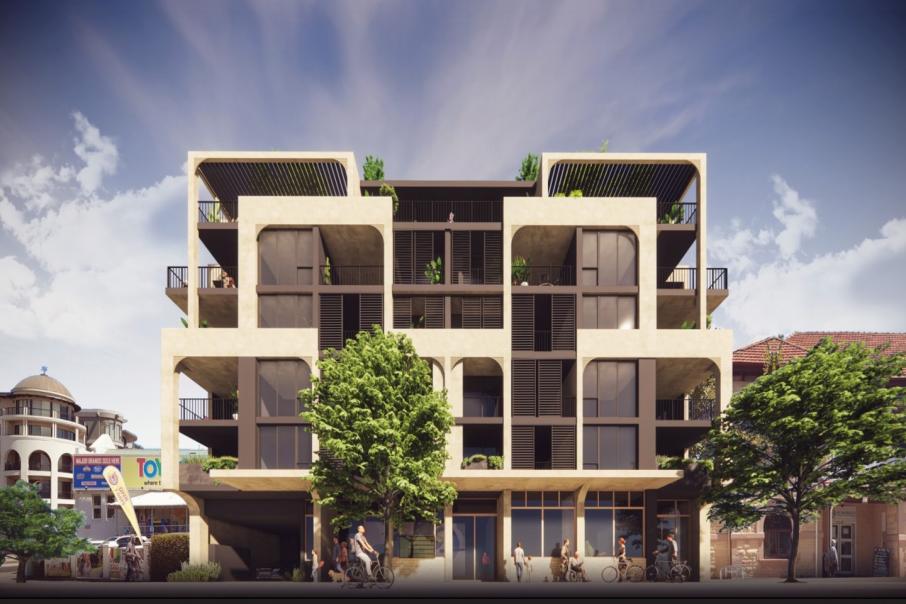 The fate of aged care provider Bethanie’s $16 million apartment plan hangs in the balance after the City of Fremantle’s planning committee pushed for it to be refused over concerns it would be an overdevelopment of the site.

The application, lodged by Fremantle Foundry on behalf of Bethanie, sought approval to construct a seven-storey building comprising 50 social housing apartments for over 55s, a 140 square metre shop tenancy, and a communal rooftop terrace.

Bethanie is proposing to build the apartment, designed by MJA Studio, on a vacant lot on Queen Victoria Street in Fremantle’s outer fringe, a site surrounded by heritage-listed properties.

The site has been earmarked for medium-density development for the better half of a decade, with a seven-storey mixed-use development for 42 dwellings granted planning approval in 2016.

Despite the project not meeting the necessary building height and plot ratio requirements under the City of Fremantle's planning scheme, city officers had recommended the application be approved on the basis that it aligned with the city’s plan to increase the residential population through medium-density development.

During a meeting last week, however, the city’s planning committee instead unanimously voted to recommend the application be refused by the Metro-Inner South Joint Development Assessment Panel.

The committee said while strongly supportive of the use, it believed the current proposal constituted an overdevelopment of the site, which exceeded the allowable plot ratio by 30 per cent.

The committee recommended an amended plan be submitted with a reduction in bulk, contending that while it had the capacity to grant additional height in exchange for environmentally sustainable design, the development did not meet the criteria.

Bethanie Property Development general manager David Lorimer told Business News the organisation was surprised that the proposal did not gain support from councillors, particularly given the project team had worked with city officers.

"All councillors on the committee complimented the design and the vast improvement it was on the previous development approval by a former applicant," he said.

"Most of the discussion at the committee was in relation to the interface with the adjoining heritage building and not issues of over development so it was a surprise that this was the formal reason for refusal.

"[We] believe this development will bring greatly needed social infrastructure to the Fremantle area, which will not only provide immeasurable benefits to our tenants but also to the broader community."

The Metro-Inner South Joint Development Assessment Panel is due to consider the application and the committee’s recommendation when it meets on July 20.

Should the proposal be approved, Mr Lorimer said Bethanie would seek to start the development in the first quarter of 2022, with construction expected to take about 15 months.

The aged care provider is the fourth largest community housing provider in the state, with more than 500 dwellings in its portfolio.