Businesses operating in WA’s cyclical resources sector need to deal prudently with debt, or trouble is just around the corner. 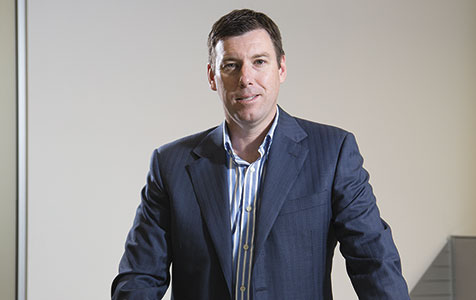 SURGE: Shares in Bill Beament’s Northern Star Resources are up 96 per cent, to around $3.50, during the past 12 months. Photo: Attila Csaszar

Businesses operating in WA’s cyclical resources sector need to deal prudently with debt, or trouble is just around the corner.

If the business school at the University of Western Australia, or its rival at Curtin University, is ever looking for a motto to carve in stone over its front entrance it is this – ‘Debt Kills’.

Professors of accounting and management might disagree, pointing out that debt used prudently is an excellent way to grow a business.

The problem lies in the prudency of the user.

In WA’s biggest industry – mining – there are endless examples of the inappropriate use of debt, which is often associated with a failure to remember that mining is a cyclical industry.

Before getting to the latest local case studies, consider what happened last week in the US to Peabody Energy Corporation, which has extensive Australian interests following its acquisition of Queensland-based Macarthur Coal for $4.9 billion in 2011. Within weeks of the deal being done, the coal priced crashed.

However, it is only partially correct to believe the high purchase price and the low coal price are the key reason for Peabody’s slide into bankruptcy. A bigger reason is that Peabody’s expansion was debt-fuelled, with the company owing its banks and other lenders a whopping $US6.3 billion.

Two examples closer to home jump off the pages of a business school course in ‘how not to …’, the case of South Australian iron and steel producer Arrium, which failed earlier this month with $3 billion in debt, and WA’s own Atlas Iron.

While Arrium is struggling to find a way out of its debt hole, the Atlas situation is slightly better and comes to a head in a few days, with shareholders scheduled to meet on April 27 to consider a complex debt restructuring deal.

There are several ways to look at the debts Atlas racked up, but a starting point is the latest half-year accounts. These showed the company had utilised $354 million of debt available (up from $349 million six months earlier) and paid its lenders $17.3 million in interest, an amount that almost matched cash generation of $19.4 million. Those figures are far too close for comfort.

Atlas should survive its near-death experience, but everyone involved will come away bruised and wiser.

The same cannot be said for Arrium.

If this sounds like a lecture in mining finance 101 then consider the flipside of the question: how good do miners look without debt?

For the sunny side of the balance sheet consider two other miners – Saracen Mineral Holdings and Northern Star Resources, led by managing director Bill Beament.

The lazy explanation for those sharply higher share prices is that both companies are exposed to gold. But look a little closer and you find that the gold price over the past 12 months has barely moved.

A more powerful reason for Saracen and Northern Star soaring away from the iron ore flops is that both have these two words stamped on their accounts – ‘Debt Free’.

Cash in any business is king. Debt is the executioner. When will we learn?

IF you’re tired of reading about negative interest rates, look away now. But if you, like me, see negative rates as the biggest single threat to future economic growth, consider an eye-opening comment from Larry Fink.

Not a well-known name in Australia, Mr Fink is chief executive of BlackRock, one of the world’s biggest fund managers.

He has just added falling consumer spending to the list of problems being caused by negative, and super-low interest rates, because the penny has dropped with workers that they will have to save harder to afford retirement, and that means spending less.