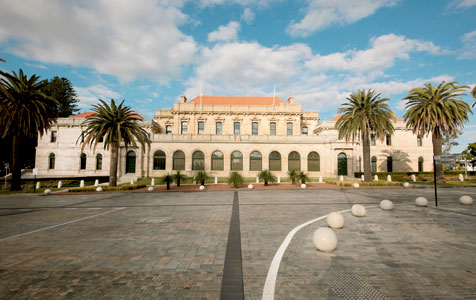 The state government has presided over a dramatic rise in debt.

Mr Langoulant, who served as the senior treasury official for nine years, said it was curious how the business community had let the issue go without greater commentary.

He said fear of losing the rating traditionally acted as a brake on government spending, and that it had consistently been placed as a major policy objective of the budget formulation process.

Standard and Poor’s reduced the state government’s credit rating from AAA to AA+ in September 2013, with further pressure building in the period since as commodities prices have dropped precipitously.

At that point, the state government’s debt was projected to hit $22 billion in that financial year, while in the most recent budget it was expected to exceed $35 billion towards the end of the forward estimates period.

Mr Langoulant further said that the debt problem was driven more by operational and recurrent spending than capital expenditure through the “Bigger Picture” program.

Looking to Canberra, Mr Langoulant said debate needed to be lifted above the level of cigarette taxes and closing loopholes for multinationals.

“The debate for much of the past two years, or even eight years, has been so short term in outlook it’s distressing,” he said, adding that was true of both levels of government.

Although acknowledging that expenditure reductions of the magnitude necessary to balance the budget won’t make it through the current Senate, he pointed to the federal government’s intergenerational report as evidence to the importance of long term reform.

At that point, net debt would be close to 60 per cent of GDP, he said, around $2.6 trillion, in today’s dollars.