The Perth Freight Link is the latest in a string of big projects to highlight the lack of cohesive, long-term infrastructure planning in WA. 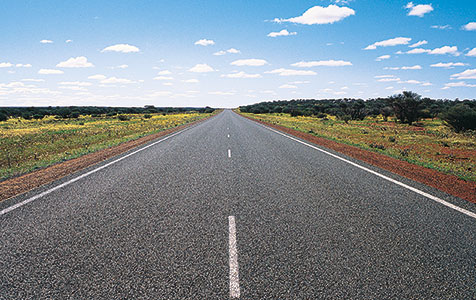 The planned extension of Roe Highway from Kwinana Freeway to Stock Road is one of the most hotly contested road projects in Perth.

It is a critical leg in the $1.6 billion Perth Freight Link, which secured $925 million of federal government funding in last week’s budget.

The freight link is designed to create an improved road connection between the port at Fremantle and the Kewdale industrial area.

The all-important Roe 8 extension has been on the drawing boards for more than a decade and has attracted strong opposition, mostly because of concern about its impact on the Beeliar wetlands.

It was to be followed by another extension that would connect with the Fremantle Eastern Bypass – a roadway that would have cut through established residential areas.

That long-term vision came to an end when the Gallop government scrapped the road reserve that had been created many years earlier – a decision former planning minister Alannah MacTiernan insists was right.

She pursued alternative strategies while in government, including a modestly successful push to get more metropolitan freight onto rail.

Her government was also forced to introduce fairly cumbersome restrictions on heavy trucks using Leach Highway, because of the community backlash.

Leach Highway runs right through Treasurer Mike Nahan’s electorate of Riverton, and not surprisingly he is a big supporter of any project that takes trucks away from residential areas.

“The need is there, without question,” Dr Nahan told Business News.

He believes the development of Fiona Stanley Hospital has added to the importance of building Roe 8, to smooth traffic flows on Kwinana Freeway.

“You were going to have the entrance of the hospital blocked off with heavy trucks, just madness,” he said.

Critics point to the fact Roe 8 was never evaluated by Infrastructure Australia, but Dr Nahan is unmoved.

“The fact that it wasn’t assessed shows that Infrastructure Australia was politicised, to the hilt. It didn’t assess the project because the Gillard government didn’t want it,” Dr Nahan said.

He is frustrated that past planning decisions have added to the expected cost.

“When they built the spaghetti junction at Kwinana Freeway, that was designed to add $100 million to the cost of building Roe 8,” the treasurer said.

“That’s the legacy of Alannah MacTiernan trying to stop us from building it.”

Ms MacTiernan, too, is unmoved.

“We do not demur from that; that design made sense because the road was going to end there,” she said.

She believes Roe 8 still does not make sense because the outer harbour, which is likely to be needed by the end of the decade, will take a lot of container freight out of Fremantle.

For anyone outside government, it’s hard to evaluate these competing claims.

This concern is shared by the RAC, which has called for the release of a business case for the freight link proposal.

In a similar vein, the CCI said last week it would like to see a strong business plan to support the $2 billion Forrestfield Airport rail link.

The planned sporting stadium at Burswood has also sparked a lot of debate over transport plans.

The government has released sketchy plans that rely on tens of thousands of people walking long distances to existing bus and train services; Labor’s Ken Travers believes the stadium will likely force a future government to extend the Thornlie rail spur.

One project that has attracted informed debate is the MAX light rail, helped along by the likes of the RAC and the Committee for Perth.

That is a good thing, because irrespective of whether the project proceeds, there will at least have been a degree of healthy and informed debate, which is more than can be said for the projects discussed above.