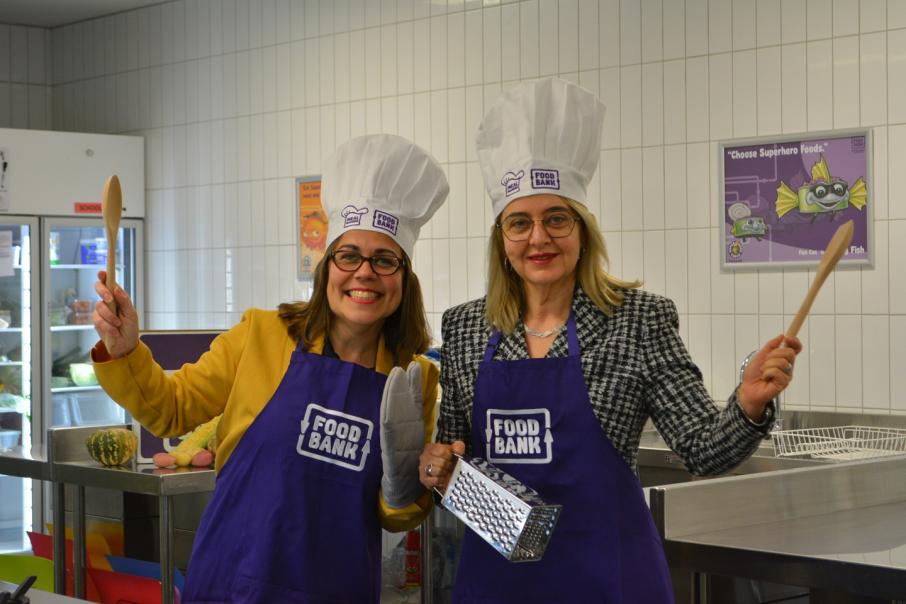 The Meal Makers challenge involved business leaders learning some culinary skills from chefs including Wildflower head chef Matthew Sartori before preparing over 2,500 meals in one week for people in need.

The fundraiser is just short of its $150,000 goal, with more donations expected over the next few weeks.

Foodbank WA acting chief executive Fran Ferreira said the 2021 event had been a success and had raised enough money to provide 290,000 meals for people in need.

“Foodbank WA has seen a significant increase in demand since the pandemic started, and in particular this year when Government COVID-19 support packages were rolled back,” Ms Ferreira said.

“The money raised by our Meal Makers helps to provide much needed meals and to help our expanding operations.”

Kate O'Hara will lead the organisation, starting from August 30.

Ms O’Hara has experience in advertising, public relations, marketing, and management, and has held roles at companies including The Shorter Group, The Capital Group and Hawaiian.

Most recently, Ms O’Hara has focused on leading two digital startups in digital communications: The Influencer Agency and Daisy Chains.