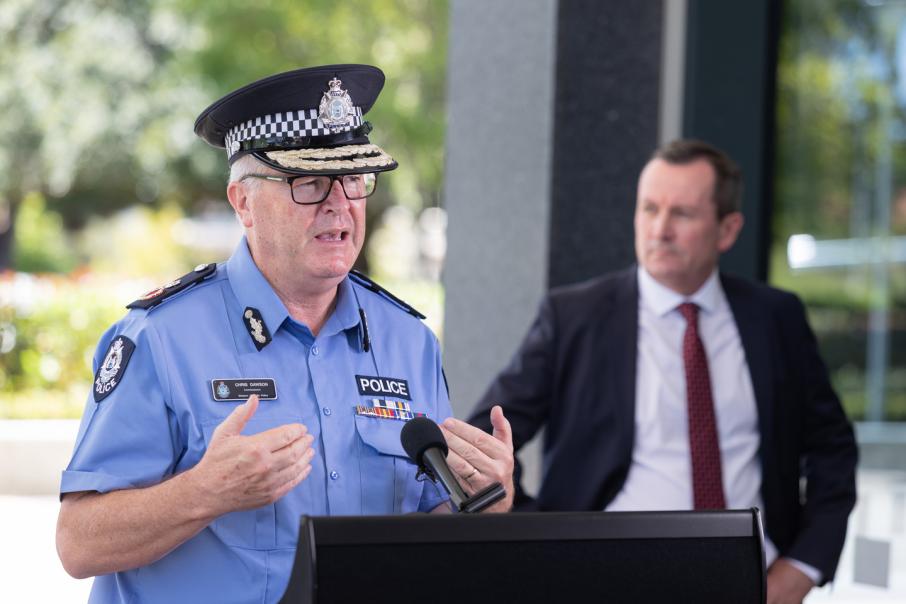 Commissioner Dawson, aged 63, is seen within government as a perfect fit for the role.

It is also a reward for his stewardship of the state during the pandemic as the State Emergency Management coordinator and vaccine commander.

He is set to become the first police officer to hold this office, having spent the past 46 years in law enforcement, including five years as chief executive of the Australian Crime Commission.

"It's very humbling to be offered this role," Mr Dawson said. "But as to continuing in law enforcement, I think I've been out in the middle and giving it a good crack. So, I think 46 years is a reasonably long innings."

Mr McGowan said there was consideration given to extending Mr Beazley's term as governor, but a "mutual agreement" was reached.

"He's done a great job as has Susie in supporting that role, just a great job," the premier said. "And he's revitalized the role."

Now the search begins for the state’s next police commissioner with deputy Col Blanch the front runner.