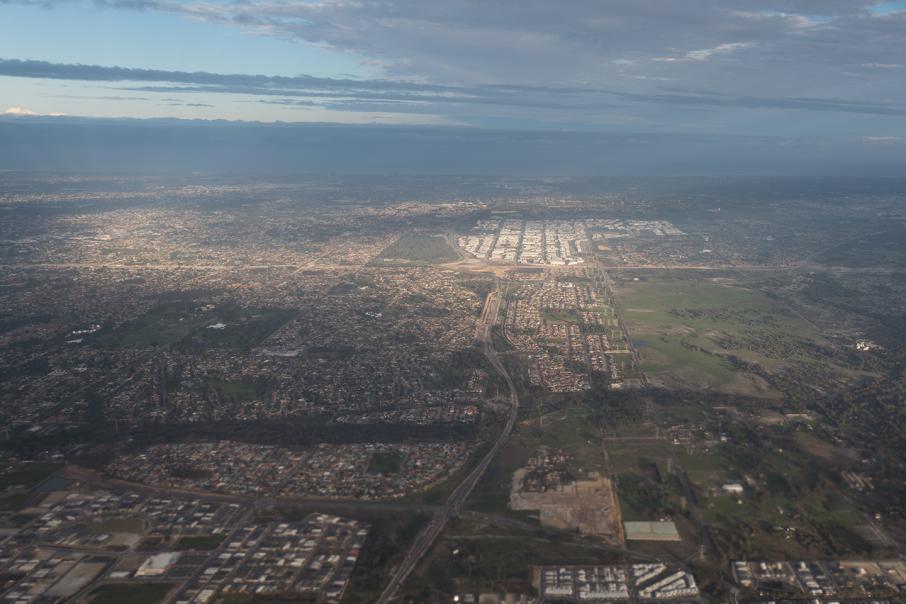 Some of Perth's northern suburbs have recorded strong population growth.

The rest of WA's population only increased by 309, leaving the state with an overall population of about 2.6 million, up 0.8 per cent.

A breakdown by the ABS shows that 70 per cent of Perth's population growth was concentrated in 10 'statistical areas' on the urban fringe.

It was followed by Forrestdale-Harrisdale-Piara Waters in Perth's south east, which grew by 2,180 people or 10.8 per cent.

Alkimos-Eglington, on the coast north of Joondalup, had the fastest growth, with an extra 2,110 people equating to growth of 25.4 per cent.

Perth City, which has attracted multiple high-rise apartment developments in recent years, was one of the few established areas to record significant growth - it registered population growth of 1.7 per cent with an extra 588 people.

North Coogee, which is the site of medium density housing projects, had a 15.5 per cent spike in its population after adding 382 people.

“Natural increase was the major contributor to population growth in Perth, accounting for 16,300 of the 21,100 population increase in 2016-17,” the ABS said.

“Net overseas migration contributed 11,700 people, while there was a net internal migration loss of 6,900 people, meaning more people left Perth for other parts of Australia than arrived.”

Outside of Perth, Busselton recorded the largest growth while Geraldton’s population declined about 1 per cent and Kalgoorlie also recorded a decline of 0.6 per cent.

Nationally, Australia’s population grew by 1.6 per cent to 24.6 million.

For the first time on record, Sydney grew by more than 100,000 people in one year, to 5.1 million, while Darwin and Adelaide only grew at 1 per cent or less.

Together, Sydney, Melbourne and Brisbane accounted for more than 70 per cent of Australia's population growth in 2016-17.

“It is now possible to not only see how much population is changing in an area, but to understand why this change is occurring”, he said.

In Melbourne, net overseas migration was the major contributor to population growth, adding 80,000 people in 2016-17 (64 per cent of total population change).

Natural increase contributed 29 per cent, while net internal migration accounted for 7.3 per cent of population growth.

Net overseas migration was also the major contributor to Sydney's population growth (84,700 people) although, unlike Melbourne, the harbour city experienced a net internal migration loss (-18,100 people) in 2016-17, meaning more people left Sydney for other parts of Australia than arrived.