The arrival in Australia of a US-based website could give used-car buyers more power per transaction. 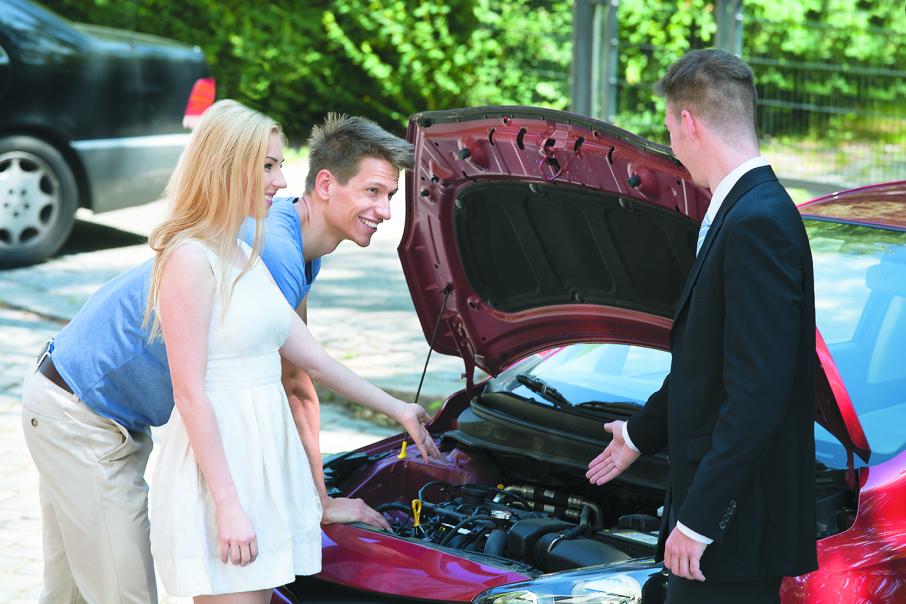 Could algorithms take the art of the deal from the used-car salesman’s toolkit?. Photo: Stockphoto.

Buying or selling used cars is a devilishly tricky business, though if recent developments in the US are a guide then the game might be about to change in Australia, perhaps to the annoyance of car dealers.

CarGurus, a business created by Langley Steinert, who co-founded the popular travel website TripAdvisor, has revolutionised the used car business in the US in much the same way Uber has forever changed the taxi industry.

Like Uber, with its ability to match a person needing a lift with a car owner happy to rent their vehicle, CarGurus brings sellers and buyers together, with a few significant changes to other internet-based car-selling websites currently active in Australia – including a customer-based system of rating dealers.

Other differences, which flow from the same use of data as better-known disruptive technology based businesses such as Facebook, Amazon, Google and Netflix, include a ‘fair retail price’ of a vehicle, which is updated daily. That price is compared with the asking price to create a system to aid customers, with rankings per car ranging from ‘great’ to ‘overpriced’.

The CarGurus system has been so successful in the US that, over the past three years, it has rocketed from third-ranking among vehicle-trading websites to number one, displacing long-term leaders such as Auto Trader and Cars.com.

The rise of a new internet-based car selling business in the US is of interest in Australia because CarGurus could be getting ready to expand here, building on its international operations in Canada, Germany, Britain and Ireland.

The prospect of CarGurus launching in Australia prompted one of the world’s leading investment banks, Morgan Stanley, to analyse the US business and then question what the effect would be on the leading Australian internet-based car selling website, Carsales.com.

The answer Morgan Stanley came up with as to the effect on Carsales.com was ‘not a lot’; the bank has retained its ‘buy’ tip on the stock, which is trading on the ASX at around $14.70 but forecast to reach $16.

So if CarGurus isn’t a threat to Carsales, why would the arrival of another US-based data-driven internet business be of interest to anyone in Australia?

Simply put, it has the potential to upend the way used cars are sold, shifting power in the process to consumers and making car dealers more accountable to their customers.

The sales pitch from CarGurus is that its system makes it easier for car buyers (and sellers) to get the best price from car dealers by providing guidance that will help them make a more informed decision, and direct a customer to a dealer with the highest consumer ranking.

“For used vehicles, we calculate a fair retail price based on a detailed analysis of comparable current and previous car listings in a given market,” CarGurus’ promotional material says.

Data gathered leads to the production of an instant market value, which takes into account factors such as make, model, trim, year, mileage, options, location and vehicle history

That instant value is then compared with the asking price, with a rating given to the deal after the dealer’s reputation is factored in.

Morgan Stanley’s analysis of CarGurus by its Australian research team is a hypothetical exercise, but when a big bank produces a 46-page report on a business not yet trading in Australia it is reasonable to assume that someone knows something about a move into the local market by America’s biggest used-car website.

“With the use of algorithms and analytics, CarGurus aims to provide consumers with a lot of data and insight on each individual car’s sale price and dealer reputation,” the bank said.

Revenue for CarGurus comes from subscriptions paid by car dealers, who can list all of their stock on the site for free. However, they have to pay a fee to get access to top quality data and sales leads.

When, rather than if, CarGurus launches in Australia, the world of car dealers is likely to change dramatically, in the same way the world of taxi owners has changed.

What next for Wesfarmers?

Wesfarmers’ proposal to demerge its Coles supermarket business has met with mixed reviews from investment bank analysts, with some liking the move and others not so sure. But the most interesting was a view that the big winner is Coles’ arch-rival, Woolworths.

Macquarie Bank has given the split its approval, retaining a ‘buy’ tip on the stock while upgrading its 12-month share price forecast from $46.30 to $50.03, a handy 16 per cent up on recent sales around $43.

Credit Suisse agrees, because the proposal indicates a shift away from retail to higher-growth business opportunities, while also raising the possibility that remaining department store assets such as Kmart and Target could be sold.

Deutsche Bank turned the Wesfarmers demerger and re-creation of an independent Coles into a ‘buy’ signal for Woolworths, because while a stand-alone Coles might be successful in the long run, it will face challenges in the short term.

Three reasons were given by Deutsche to support its argument that Woolworths is the real winner from the Coles spin-off:

• disruption at Coles from the management change and demerger process;

• the need for Coles to stand alone without the backing and cash flows of other businesses in the Wesfarmers group; and

• while the outgoing managing director of Coles was very focused on price cutting, a shift in focus away from price cutting could boost overall supermarket industry profitability.

If there is nagging doubt apparent in the early investment bank analysis of the Wesfarmers demerger it is the fact that not a lot actually changes. Retail remains the dominant business in a shrunken Wesfarmers, with the Bunnings hardware business expected to account for 50 per cent of earnings this financial year and 57 per cent of company value.

Overall, when Kmart, Target and Officeworks are added to the equation, retail this year will account for 78 per cent of earnings and 86 per cent of the overall valuation of Wesfarmers.

It’s the continued reliance on retail that means the next deal by Wesfarmers is certain to be something completely different.