ANALYSIS: Fintech is here and is going to grow quickly, so businesses need to get up to speed. 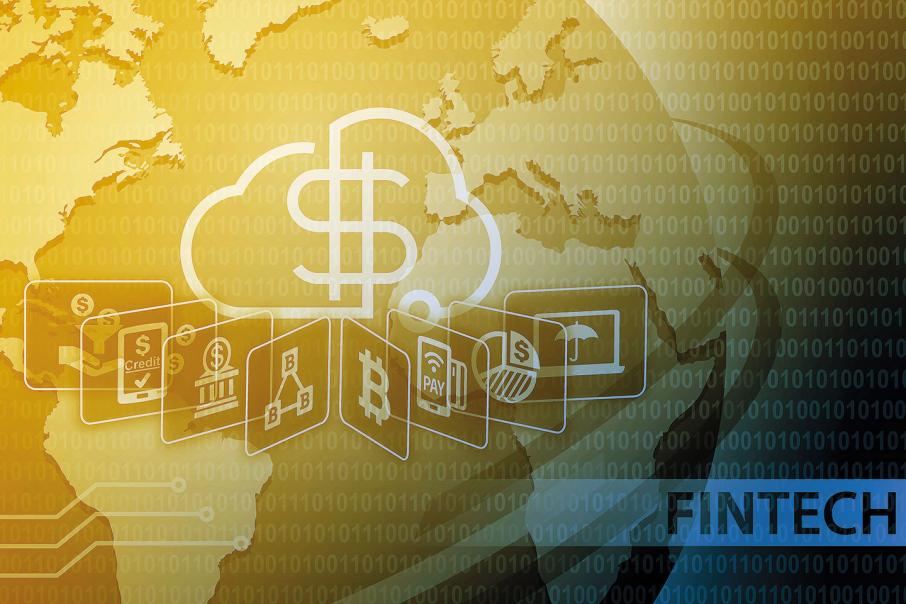 The McKinsey report says the fintech industry is maturing and entering a period of rapid change. Photo: Stockphoto

ANALYSIS: Fintech is here and is going to grow quickly, so businesses need to get up to speed.

Those who thought the internet had done all it could to disrupt business need to think again, because a new wave of disruption is about to break as the fintech revolution gathers pace.

A new word for some people, fintech (or financial technology) has made it into the Oxford Dictionary.

Defined as ‘technologies that support banking’, the word itself may not be in common use, but there’s no doubt everyone is already affected by it in some way.

More important than what has happened in the early years of fintech, which has its roots in credit card, telephone bill-paying services and automated teller machines, is a prediction from management consulting firm McKinsey & Company of a lot more to come.

The basics of fintech are simple and were explained by Marcus Holmes in Business News on September 6 (businessnews.com.au/article/Fintech-changing-the-game-for-banks), with the key being to picture the morphing of the internet, social media and financial services. 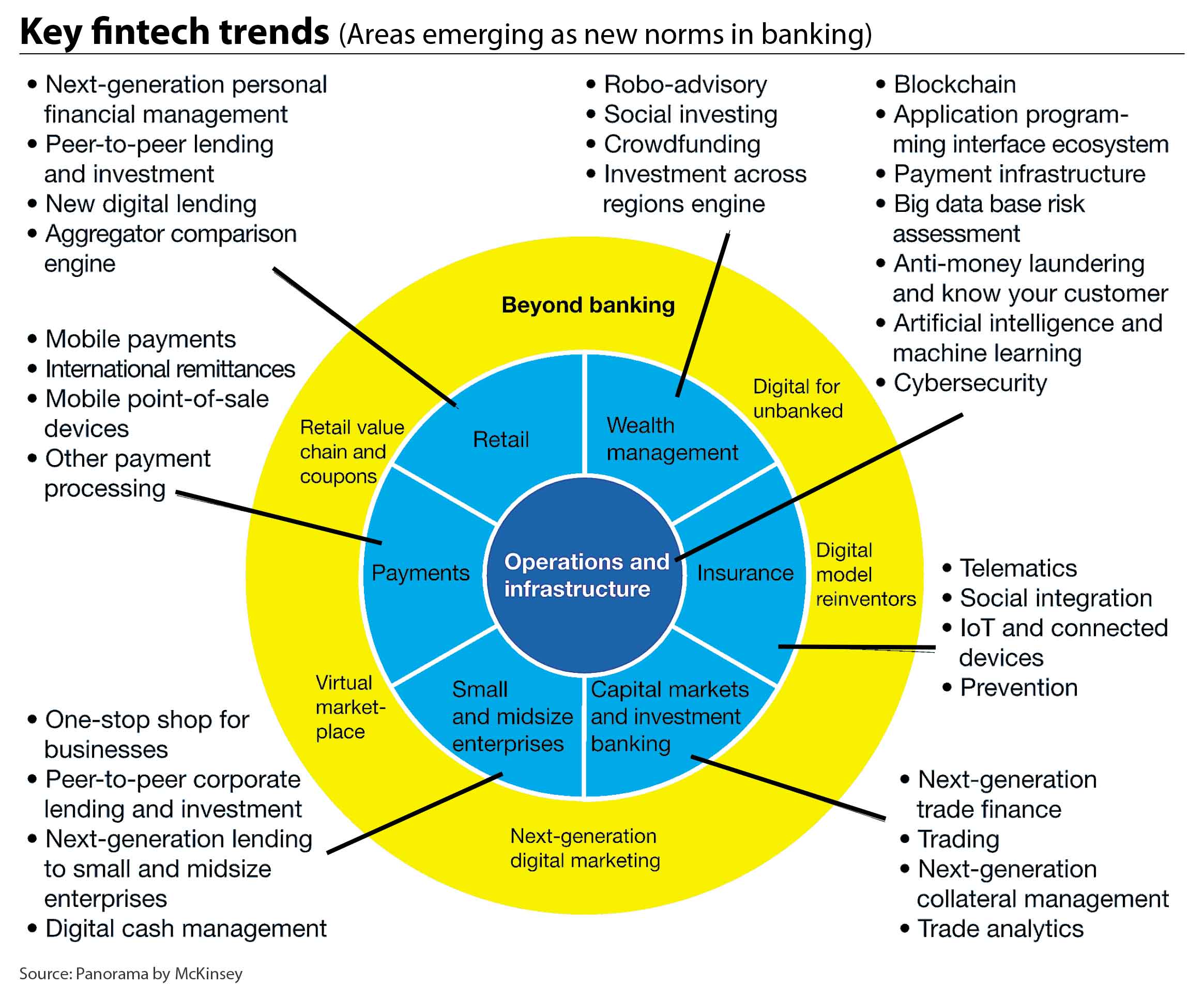 In that report, Holmes touched on the dispute between Apple Pay and Australia’s banks over access to Apple’s near-field communications features of its iOS (iPhone operating system), which enables it to offer a digital wallet feature already available to American Express customers in Australia.

“The argument is really over control of vast streams of cash pouring through the (Apple) platform,” he wrote.

“There’s a vision that everyone can see, that in a few years credit cards will vanish and the phone (with a thumbprint) will be the only payment authorisation required.”

McKinsey has taken the fintech debate to another level, noting that the fintech industry was maturing and entering a period of rapid change, which would require businesses to understand the forces behind fintech so they could fit into a new era.

Changing market conditions, new government regulations and shifts in consumer demands were shaping the way banking and technology would work together, the consultancy said in a report published last week.

In its research paper, titled ‘Bracing for seven critical changes as fintech matures’, McKinsey said the industry would play a role well beyond financial products and services as it evolved.

“Individual companies will vie to become undisputed leaders by size and breadth, and ecosystems (communities) will develop that have a tight grip on customer loyalty,” McKinsey said.

While not mentioned by the consultancy, the Apple Pay dispute is a useful guide to where fintech is heading, with the Australian banks fighting to keep the US technology giant (and its American banking friends) from invading the local banking industry.

What those technology companies did in their areas of operation is now spreading to all forms of financial services.

Some of the changes that McKinsey believes are heading our way are relatively easy to understand, while others are from a world that appears to have more in common with science fiction – such as Telematics (the long distance transmission of information), and application programming interface ecosystems (your guess is as good as mine).

Not everybody will understand everything McKinsey has included in its latest fintech report, but there’s also no doubt that what its experts see evolving will affect every business at some time in the near future.

Where once fintech companies focused on payment applications, lending and money transfers, the industry’s reach has extended into more than 30 areas identified in a very busy graphic published by the consultancy (above).

The shift takes fintech firms away from a focus on frontline activities to a broad engagement throughout the value chain, cutting across a wide swath of financial services such as retail, wealth management, small and midsize enterprises, as well as investment banking and insurance.

Some investment banks already offer robot investment advice, while blockchain systems that improve the management of back office processing of banking and transactions is on the way.

Social financing (SoFi) offered to students and young professionals has expanded to include career coaching and networking.

An example cited in the McKinsey report is that of Holvi Payment Services, a Finnish startup that acquired the Spanish financial group Banco Bilbao and began by offering banking services to SMEs, but expanded to provide

An already-wide variety of services is expanding rapidly, with an example being US fintech company Stripe, which offers merchants (shopkeepers) a website that can start accepting payments within minutes of being established, compared with up to seven days using older fintech applications.

PayPal, an early fintech service launched in 1990, has expanded to provide instant lines of credit and mobile applications that locate nearby stores and restaurants that accept payment by PayPal.

While fintech firms have developed applications that create improved customer experiences, many lack the skills to grow quickly, which means some are turning to traditional banks to spread their service

“Westpac hoped to use the tools to become the largest bank in the market, while Moven sought to expand into new markets,” McKinsey said.

A wave of merger and acquisition activity is expected as fintech matures, such as PayPal’s acquisition last year of international funds transfer service Xoom for $US890 million, and peer-to-peer lender Prosper Marketplace’s purchase of BillGuard to create a new business called Prosper Daily, an app that allows users to track their spending and credit.

As investors become more cautious and start favouring fintech companies with proven track records, valuations in the industry are falling. In the 2014 and 2015, valuations of 44 fintech firms worth more than $US1 billion each grew on average by 77 per cent, but since then the growth rate has slowed to 9 per cent a year.

Governments are learning to structure laws that both encourage and control the fintech industry. In many markets, regulators are playing a more proactive role in overseeing the industry, often encouraging its development, for instance, by following a ‘sand box’ or test-and-learn approach, which allows fintechs to experiment without affecting the entire financial system.

As digital offerings become more mature and interconnected, vast ecosystems (communities) will develop that span multiple industries. In many instances, fintechs will become submerged in these ecosystems, representing a component of a much broader digital network.

Examples include the Chinese insurance company Ping An, which established a big data analytics platform in 2013 that is a key to its goal of ‘one customer, one account, multiple services, and multiple products’. More than half of Pin

An’s 109 million core finance customers have been successfully migrated to the platform.

In Australia, Commonwealth Bank is mentioned for its use of the portfolio management app MyWealth, the data analytics technology DailyIQ (for SMEs) and Albert, a point-of-sale device for business owners.

Another Chinese example is the social media and gambling website Tencent, which has launched an app called WeChat that contains messaging and access to instant loans of up to $US30,000 while calling on the credit bureau data of the People’s Bank of China and Tencent’s 800 million active users.

Fintech might be a relatively new concept but it’s already big and certain to get a lot bigger – and it’s coming, whether you’re ready, or not.