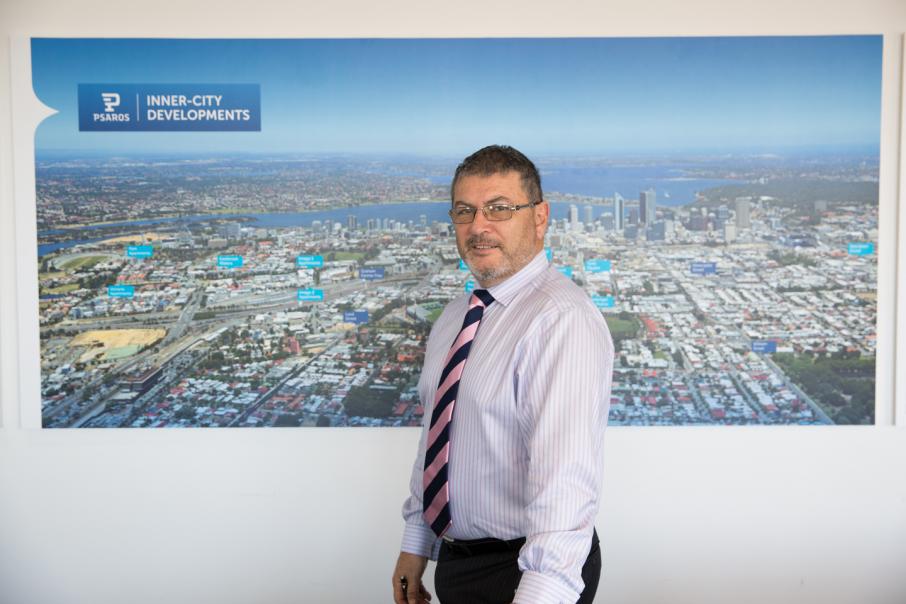 Danny Psaros said he is proud of the legacy he's left in Perth property, particularly in regards to sustainable development. Photo: Attila Csaszar

Property industry veteran Danny Psaros has called time on a 40 year career, with his retirement also bringing an end to his namesake development and construction firm.

Mr Psaros said all construction projects under the Psaros banner had been completed and all apartments in its development portfolio sold, making it the perfect time to transition to retirement and wind up the company.

He said he would focus on his health and well-being, while also pursuing several philanthropic interests.

“After three cancer scares in the last 14 years, I recognise that now is the right time to focus on my health and wellbeing as a priority,” Mr Psaros said.

“I wish to thank my team, for what has been a very productive time together, and I know that with the winding up of Psaros Construction, their past experiences will hold them steadfast with future ventures.”

Mr Psaros will sit on the boards of two non-for-profit cancer organisations in his retirement.

As a company, Psaros developed and built more than 25 apartment projects across Perth, with its most recently completed projects including Sundance in Scarborough and its East Bank joint venture in East Perth.

The developer encountered difficulties in recent times, however, particularly at its $61 million Park Avenue development in Churchlands, which was taken over by financiers in December last year after Psaros was not able to sell the remaining apartments in the completed project.

At the time, the company maintained that any issues were confined to that development.

“All supplier and contractor accounts will be acquitted with the conclusion of Psaros Construction,” the company said in a statement today.