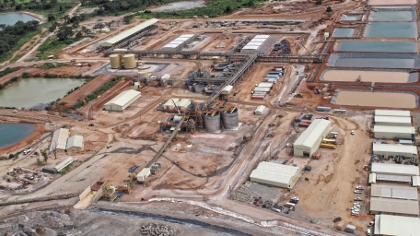 UNDER SCRUTINY: The Kinsevere copper project in the Democratic Republic of Congo

Anvil Mining shares slipped today after the company said its $C1.3 billion ($1.2 billion) takeover offer from MinMetals Resources may be in danger of falling over.

Anvil said it believed there was no legal requirement for Gècamines’ approval in relation to the takeover, and Gècamines held no legal right to renegotiate the contractual arrangements already in place for Kinsevere.

The company did acknowledge that Gècamines holds a right of pre-emption with regards to the Mutoshi project, which it holds a 30 per cent stake in.

Anvil owns the remaining 70 per cent interest in Mutoshi, valued at approximately $52.5 million.

Anvil said it would continue discussions with Gècamines and MinMetals regarding Kinsevere, but said there was a risk the offer may not be completed.