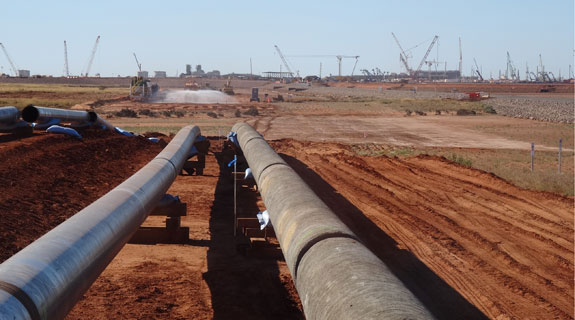 Sydney-based DUET has launched a $1.67 billion capital raising to fund the takeover, which is pitched at $8 a share.

It plans to raise $550 million with a $2.02 per share offer to institutional investors and $1.12 million from an entitlement offer.

The company has been making efforts towards enabling the remote communities it services to switch from diesel to CNG or LNG for power generation.

Its Karratha LNG facility currently produces 200 tonnes a day as part of the West Kimberley power project for Horizon Power.

DUET has an 80 per cent stake in DBP Transmission, which owns and runs the Dampier to Bunbury natural gas pipeline (DBNGP), the only gas pipeline connecting the Carnarvon and Browse Basins with Perth.

The company wholly owns the DBP Development Group, which is involved in pipeline development, particularly in the construction of new lateral lines connecting to the DBNGP.

DDG was also part of the joint-venture with TransAlta Corporation to build and operate the Fortescue River Gas Pipeline to connect DBNGP to TransAlta’s power station which services Fortescue Metals Group’s Solomon hub.

Energy Developments' board has recommended shareholders accept the proposal, with managing director Greg Pritchard describing it as attractive value.

"The proposal from Duet recognises the attractive growth outlook for the business, the strong operational performance and is a robust endorsement of management's ability to deliver against the strategic plan," Mr Pritchard said.

"(It) will enhance the diversity of our operating cash flows and provide an attractive source of growth for the group," he said.

Energy Developments uses waste gas, including gas from landfill, to supply power in Australia, the US, UK and Europe.