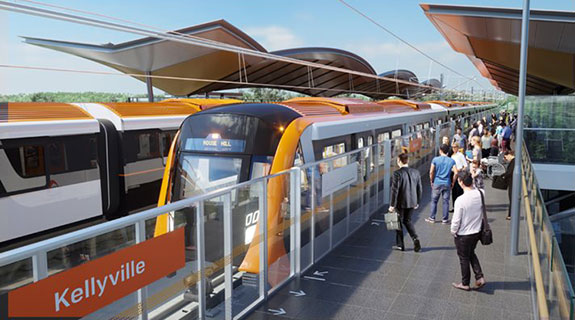 An artist's impression of the trains being built for the Sydney Metro Northwest project.

DTI will provide its CCTV systems to Alstom Transport India for 22 trains, with deliveries expected to begin later in the financial year.

The systems will be delivered over a two-year period.

“The company looks forward to providing its suite of transit surveillance and passenger information products in order to deliver an enhanced experience for the managers and users of the Sydney Metro Northwest asset, as well as further strengthening its relationship with Alstom,” DTI said in a statement.

The Sydney Metro Northwest project forms the first stage of the Sydney Metro project; a new stand-alone railway network that is being built to meet the challenges of NSW’s growing population.

DTI shares took a hit in August when the company released its full-year profit report, detailing a substantial fall in net profit to $114,000, down from $1.1 million in the previous corresponding period.

Its shares fell from 31 cents a share in late August to 19 cents each by the first week of September.