A Perth technology company that boasts a track record of sales growth and annual profits is planning to list on the ASX after launching a $2 million initial public offering. 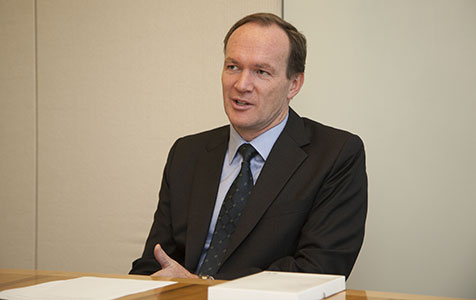 A Perth technology company that boasts a track record of sales growth and annual profits is planning to list on the ASX after launching a $2 million initial public offering.

It has been operating for more than 10 years; its annual revenue has grown to just more than $20 million; and it has posted a net profit in three of the past four years.

DTI is projecting sales revenue of $24.1 million in the current financial year and a net profit of $2.6 million.

The company has backing from Computershare founder Chris Morris, who serves as chairman and currently has a 14.7 per cent shareholding after investing in earlier capital raisings.

The company will have a market capitalisation of $24.9 million at the offer price, and the new shareholders will have an 8 per cent stake in the company.

DTI has sold more than 20,000 mobile recording systems globally, and in the past year has won major contracts in the US, France and Poland.

Technology design and development, engineering and system integration is undertaken in the company’s local office, at Perth Airport, while high-volume manufacturing is outsourced.

The company is led by managing director Richard Johnson, who joined in 2005.

The former ERG business is now headquartered in Melbourne, after an ownership change in 2008, but still has a large operation at Balcatta, trading under the name Vix Technology.

The IPO is being underwritten by Melbourne broking firm Baillieu Holst, while Steinepreis Paganin is legal adviser and BDO is investigating accountant.

The launch of DTI’s capital raising follows the completion of just seven Perth-based IPOs this calendar year, according to data assembled by BNiQ.

An alternative for a growing number of IT and biotech companies is to complete a backdoor listing through the shell of a dormant exploration company.