Shares in DMC Mining have risen after the junior iron ore explorer today received a better takeover offer for its shares compared to the $34 million offer from Cape Lambert Resources.

Shares in DMC Mining have risen after the junior iron ore explorer today received a better takeover offer for its shares compared to the $34 million offer from Cape Lambert Resources.

In a statement this afternoon, DMC revealed further details of the offer after a number of requests were made following the initial announcement earlier today.

The undisclosed potential bidder is offering 46 cents cash for each DMC share, valuing the company at $39 million.

DMC said the latest takeover offer is subject to the bidder completing due diligence and the directors entering pre-bid agreements to sell their shares, among other pre-conditions.

The offer has a minimum acceptance condition of 55.32 per cent.

DMC described the new proposal as a conditional, non-binding "notification of interest".

"It is not yet complete and is not capable of acceptance in its current form," DMC said.

"The directors intend to enter into further discussions and negotiations with the party that has provided the notification of interest.

"However, there is no certainty that these discussions will lead to a competing transaction," DMC Mining said.

DMC has advised its shareholders to take no action in relation to either bid.

DMC's main asset is an 80 per cent interest in the Mayoko project in the Democratic Republic of the Congo, in West Africa.

DMC is 36.2 per cent held by Cape Lambert, which changed its focus to investing in early stage or undervalued projects and companies after selling its namesake iron ore project in Western Australia to a Chinese entity in 2008. 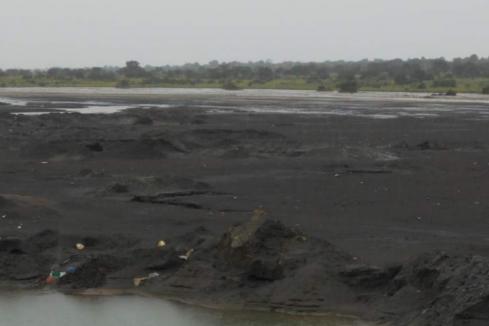