A long-running dispute between Karara Mining and DM Civil over a contract originally worth $26 million has highlighted the extraordinary gulf that often arises between project developers and contractors when their relationship sours. 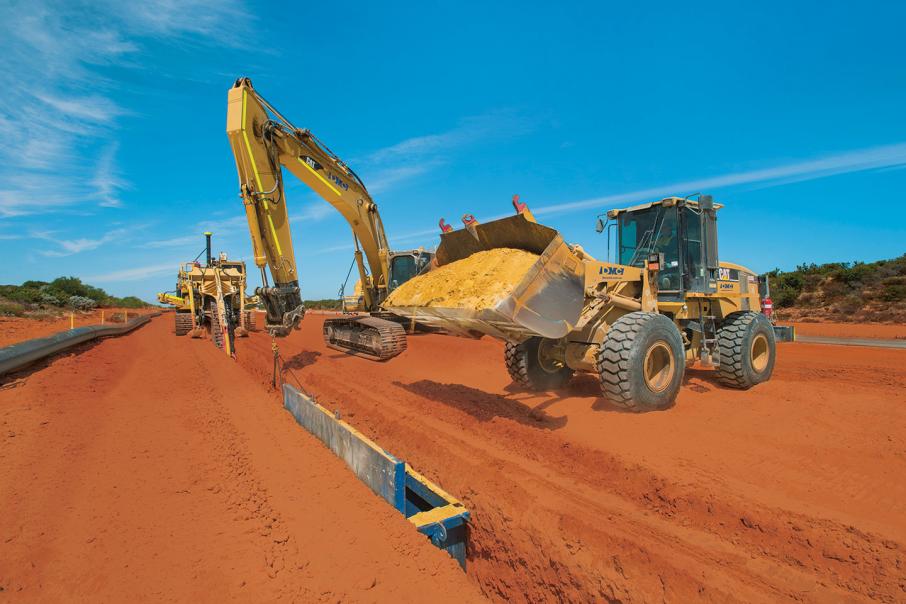 A long-running dispute between Karara Mining and DM Civil over a contract originally worth $26 million has highlighted the extraordinary gulf that often arises between project developers and contractors when their relationship sours.

The pipeline was part of the Karara iron ore project in the Mid West, which ended up costing more than $3 billion (about 65 per cent above the original budget).

The DM Civil contract was a microcosm of what unfolded.

Its original contract was priced at $26.7 million, however, the Maddington-based contractor ended up being paid $54 million after multiple variations to the original agreement.

DM Civil claims to be entitled to a further $23 million, while Karara is counterclaiming for overpayments of up to $9.6 million – making for a difference of $32 million.

The case is now set for a Supreme Court trial estimated to take up to five months, after the court this week rejected an application by DM Civil for a preliminary hearing of its ‘reprice’ claim.

Justice Katrina Banks-Smith indicated the trial would be an exhaustive process.

“As with many building and construction disputes, subject to any narrowing of approach, the trial will involve an almost line-by-line consideration and chronological reconstruction of works undertaken,” she wrote in this week’s judgement.

Justice Banks-Smith said DM Civil’s application was brought with the commendable ambition of dealing with the dispute in a cost-effective manner.

However, she concluded the potential benefit of resolving only part of the proceedings was disproportionate to the risks inherent in that approach.

DM Civil, which is represented by law firm Lavan, has claimed there should have been a repricing of the overall contract.

“DM Civil asserts (in summary) that Karara directed a resequencing, redesign and acceleration of works,” this week’s judgement stated.

“Difficulties in access and unexpected changes in topography required a fundamentally different approach to building the pipeline.

“DM Civil says Karara induced it to assume that rather than Karara determine each resequencing or redesign issue as a separate contractual variation claim, there would be a repricing.”

Justice Banks-Smith said both parties accepted there would be a reprice assessment.

“However, they dispute the manner in which the reprice assessment was to be carried out and the extent to which contractual variation terms were to be applied,” she wrote.

“They are also in dispute as to whether the repricing was to apply to the entire contractual period or for works from the time of the request for repricing.”

DM Civil’s alternative claim was for variations, which would be a much more time-consuming approach.

“It says there is significant saving in dealing with the reprice claim first because the relevant expert evidence is limited in comparison with the expert evidence for the valuation claims,” Justice Banks-Smith wrote.

“Of nine volumes of experts’ reports dealing with quantification, it is said that some eight and a half relate to the variation claims and there is conflict between the experts as to virtually every detail.”

Karara, which was represented by Jackson McDonald, opposed the application, saying the reprice claim could not be assessed in isolation and there was uncertainty as to the benefit of a preliminary hearing.

Justice Banks-Smith agreed, saying the reprice claim could not be done in isolation from the variation claims, as there was too much potential overlap of evidence.

“To the extent there was potential for a determination on that narrow point, it would not see the proceedings resolved as a whole and the large amount of expert evidence for the valuation claims would still need to be addressed and determined,” she found.

“I am also concerned that, at a practical level, the parties are likely to end up with three hearings that may extend the trial process well beyond a timetable that might apply with one global hearing.

“I consider this risk to be a real risk.”

DM Civil managing director Steve Hall told Business News it had been business as usual for the contractor since it completed the Karara contract six years ago, in September 2011.

The family owned business has about 150 employees plus up to 50 sub-contractors, ranking it number 43 on the listing of contractors on the BNiQ Search Engine.

The Karara project is majority owned by China’s Ansteel, and has incurred big losses. However, a major refinancing and the awarding of a new mining contrast last year indicated the project has a future.