Property developers with projects worth as little as $2 million and as much as $10 million can choose to have their proposals evaluated by a Development Assessment Panel rather than their local council. 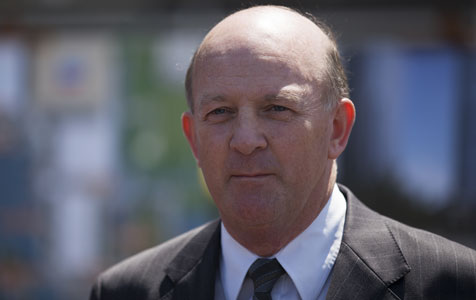 Property developers with projects worth as little as $2 million and as much as $10 million can choose to have their proposals evaluated by a development assessment panel rather than their local council.

Planning Minister John Day said new regulations that take effect from the start of May were designed to make the DAP process more flexible.

From May 1, applicants can choose to have applications valued between $2 million and $10 million determined by a DAP. The previous limit was between $3 million and $7 million.

In the City of Perth, the upper limit is $20 million.

All development proposals above the top threshold must be assessed by a DAP.

“By adjusting these thresholds, the planning system is providing applicants with more flexibility to choose whether their application is determined by a DAP or the relevant local government,” Mr Day said in a statement.

“At a community level, the reduction of the opt-in threshold recognises that some smaller priced developments may benefit from being reviewed by an independent panel.

Mr Day said the regulations would also allow local governments to refer an otherwise-excluded multiple or grouped dwelling proposal to a DAP for determination, if it fell within the optional thresholds.

The Urban Development Institute of Australia welcomed the change.

“Today’s announcement is very positive as the industry has the opportunity to either work with the local government or seek approval from a DAP for a far greater range of projects,” UDIA chief executive Debra Goostrey said.

“This is an outcome sought by industry.

“This is not about choosing one approval process above another across the board, rather it is about increasing the choices that are available to each proponent so that they can make decisions appropriate to their circumstances.”

The local government sector was unimpressed, saying the amendments are based on anecdotal comments and perceptions rather than evidence.

WALGA president Troy Pickard said he was disappointed that changes were being implemented prior to a Parliamentary Committee completing its investigations into the operation and efficiency of DAPs”.

“We have been requesting an independent cost-benefit analysis of the system as a matter of priority in order to establish whether this process is in fact delivering the intended benefits and to inform where changes are required,” Mayor Pickard said.

“Through the Committee’s independent process we have been advocating for a range of changes, none of which are reflected in these Department of Planning amendments.”

“We will continue to contribute to the Parliamentary Committee’s review and hope to see a comprehensive assessment of the existing DAPs process.”