Emergency Services personnel continue to provide support to those in the state’s Mid-West after Tropical Cyclone Seroja cut power to properties and damaged homes. 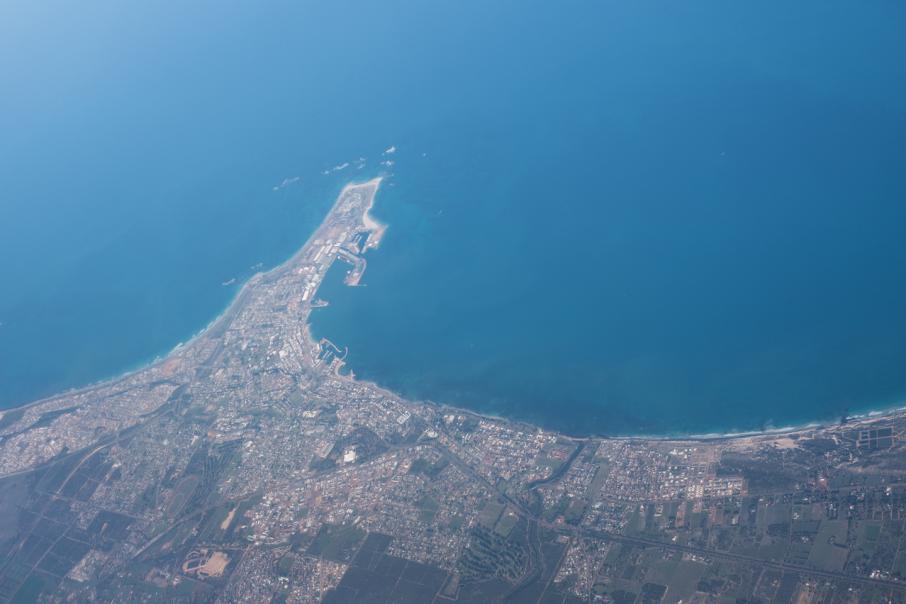 The cyclone hit about 1pm on Sunday, bringing with it wind gusts of up to 170 km/h, cutting power to more than 31,500 properties and destroying Carnarvon's One Mile Jetty. Photo: Gabriel Oliveira

Premier Mark McGowan has promised that the state government will help in any way it can as Emergency Services personnel continue to provide support to hundreds of people in the state’s Mid-West affected by Tropical Cyclone Seroja.

The cyclone hit about 1pm on Sunday, bringing with it wind gusts of up to 170 km/h, cutting power to more than 31,500 properties and destroying Carnarvon's One Mile Jetty.

Kalbarri and Northampton are understood to have been among the worst hit, with the Department of Fire and Emergency Services estimating that up to 70 per cent of properties in Kalbarri have sustained some level of damage.

While most of the region has been given the all clear, the townsite of Northampton remains in red alert.

During a press conference this afternoon, Mr McGowan said the state government would do everything it could to help those affected and was already in talks with Prime Minister Scott Morrison to discuss disaster relief.

"The next few days will be very difficult. Power returning may be a matter of days, not hours given the extent of the damage.

“There are many dangers as a result of the damage, so please take care on our roads.

“The damage is absolutely heartbreaking for many people.

“Fortunately, there have been no deaths or significant injuries.”

Western Power operational teams remain on standby this afternoon amid reports that as many as 31,500 properties are without power across Geraldton, Kalbarri, Northampton, Dongara, Port Denison and Mullewa.

The Department of Fire and Emergency Services confirmed it had received more than 270 calls for assistance overnight, the vast majority of which have come from Kalbarri.

That number is expected to increase as the cyclone passess through.

Mr McGowan confirmed that there had also been damage to a number of Water Corporation assets.

Mid West Ports Authority is understood to have cleared the commercial harbour at Geraldton Port on Saturday in preparation for the storm front, but it is not yet known whether the port sustained any significant damage as a result.

WA Fishing Industry Council chief executive Darryl Hockey told Business News that while the organisation was aware of reports of damage to significant fishing ports in the Mid-West, it had not yet been able to undertake an assessment.

“This is still very early, but we are aware of reports of roofs off and damage to buildings in a number of communities between Carnarvon and Geraldton, which includes several significant fishing ports,” he said.

“These ports are small coastal communities so the important thing is to make sure everyone is safe and supported before we make a full assessment on the level of damage and how that may impact commercial fishing.

“The most important thing is there have been no reports of serious injuries.”