A Yangebup business has found itself at the heart of a project trying to win the attention of global entrepreneur of the moment, Elon Musk. 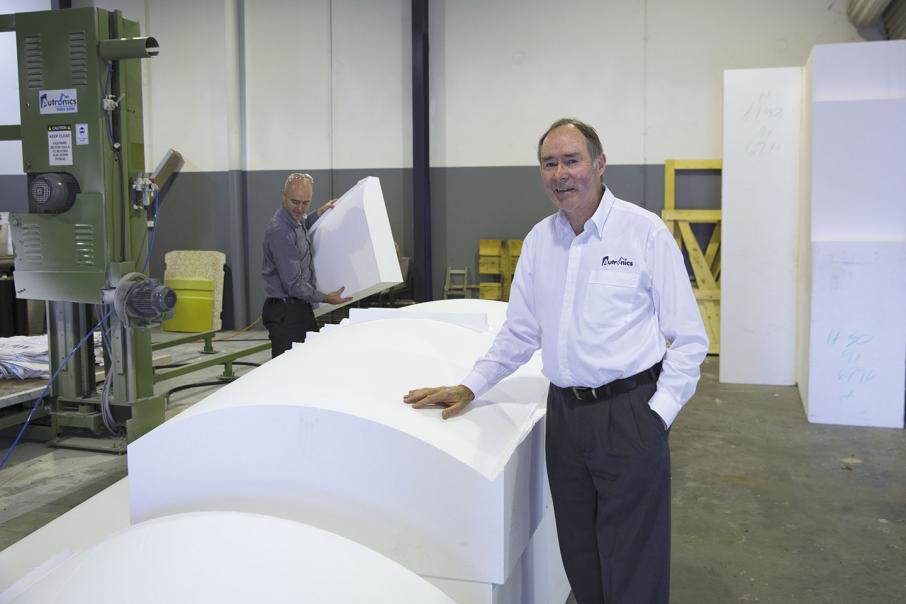 A Yangebup business has found itself at the heart of a project trying to win the attention of global entrepreneur of the moment, Elon Musk.

Foam-cutting business Wintech Engineering is producing the central mould for a concept vehicle the Royal Melbourne Institute of Technology plans to test as part of the international Hyper Loop project.

Hyper Loop was created by Mr Musk’s SpaceX business to find the best way to transport people and goods at high speeds via tubes.

Wintech managing director Jim Tweddle said his business had been invited to participate as a sponsor, having previously provided foam moulds to RMIT and other local universities making the aerofoil component shapes for their Formula SAE race cars.

The business is completing a big bullet-like shape to be shipped to Victoria this month. RMIT is one of about 30 projects competing to develop technology for the Hyper Loop. In the interim, Hyper Loop is also looking for pitches from regions making a case to have the first such tube installed.

“We were approached by RMIT to go to the next level to help them cut foam for the international project called the Hyper Loop,” Mr Tweddle said.

“Our task is to create the 3D mould for the bullet in foam.

“It’s a bit like the nose of a high-speed loco.”

The foam cutting is part of a custom-cutting service Wintech offers as a sideline to its main business, manufacturing machines that are exported around the world to cut a variety of foams for purposes ranging from soft seats to architectural features. It has about 500 machines operating in more than 30 countries. They sell for between $150,000 and $300,000.

Having shifted its business model from making machines to order to producing them on spec, it has developed a side business cutting foam for local, customised needs, notably refrigeration insulation for LNG plants.

Wintech also has a robotics and automation division called Autronics, which assists businesses to make their factories more efficient.

Mr Tweddle said the creation of Autronics was meant to be a value-adding service to Wintech’s existing customer base, which was struggling to afford his machines due to the high Australian dollar at the time. However, Autronics has ended mainly serving the local business community as a consulting engineering practice.

“We looked for ways to add value, it was born of necessity,” he said.

Richard Macfarlane founded Wintech in 1985. The business became a serious exporter when it launched the patented oscillating blade machine for profiling flexible polyurethane. The operation changed hands in 2000, and then again in 2009, when Mr Tweddle took over what he said was an insolvent business.

Mr Tweddle said his business had proved counter-cyclical, with the lower Australian dollar helping machine sales internationally while local needs for productivity and cost-competitiveness had pushed more firms to look at automation.