The new Curtin Medical School welcomed its first cohort of 60 students today at an opening ceremony held this morning. 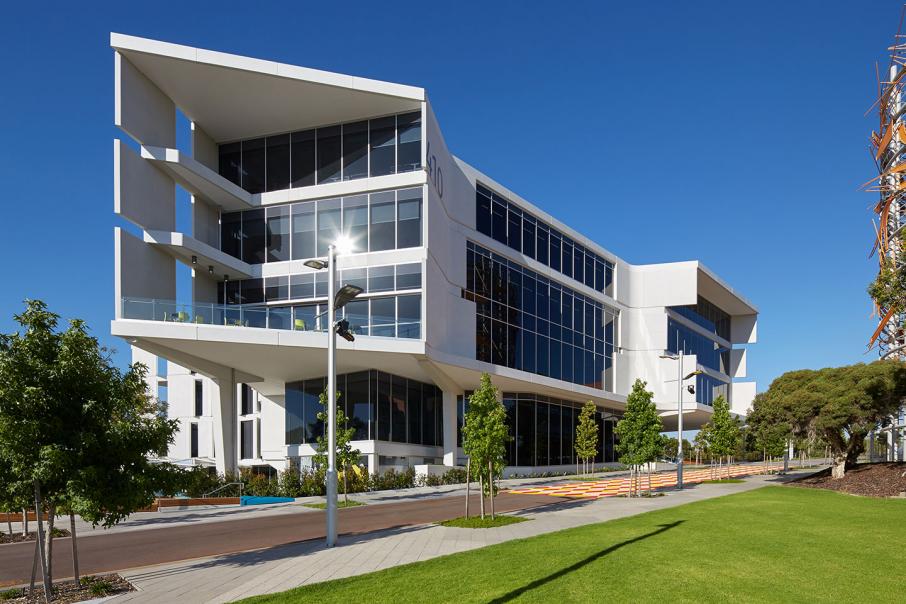 The new Curtin Medical School welcomed its first cohort of 60 students today at an opening ceremony held this morning.

“WA has been reliant for many years on internationally trained doctors, often from countries in desperate need for health experts themselves, to supplement its medical workforce,” Mr Barnett said.

“We are enormously proud to offer what will be the only undergraduate entry program available in Western Australia,” Professor Terry said.

“Our vision is to create highly competent doctors of future of the future who integrate into an inter-professional environment.

“This vision has been built on Curtin’s strong health sciences foundation and on a philosophy of innovation and teaching excellence.”

"The building envelope is formed from precast concrete panels, which ‘peel’ from the facade creating vertical shade fins. The resultant form is an articulated and adventurous texture, referencing the modularity, verticality and robustness of form prevalent in the existing campus buildings," Mr Kiperman said.

“The interior design is anchored around the atrium stair and ‘fractal’ core, creating an effortless flow and dramatic connection between the different functional areas, which include numerous formal and informal learning spaces.”

A total of 60 domestic undergraduate students will commence their five-year degree in either the bachelor of medicine or bachelor of surgery courses on Monday next week.

The Curtin Medical School was granted accreditation by the Australian Medical Council in October last year and received applications for 2017 from more than 1,500 potential students, with places for just 60, and plans to increase this to 110 domestic places per year by 2022.

An additional clinical base for Curtin Medical School students in their fourth and fifth year of study is due to commence construction at its Midland campus this year, with the campus operational in 2019.

This will also be utilised by Curtin Allied Health Schools including nursing, physiotherapy and pharmacy.

The state government contributed to the establishment of the Curtin Medical School with a $22 million capital investment plus land for the future facilities in Midland.

“The government will also provide funding to cover the costs of vocational training so that the additional interns can be fully skilled in general practice and other specialities,” Mr Barnett said.

“The task for the next term of government is to make sure that after graduation these doctors have a clear pathway into the known areas of shortage, especially general practice.

“We need these future doctors to be ready, willing and able to practice in areas where our community desperately needs them.”

Earlier this week the University of Western Australia celebrated the 60th anniversary of its Medical School with a $7 million upgrade, investing in a new state-of-the-art teaching and learning facility, which will also be open to the public.

UWA has also welcomed its highest intake of students from rural WA into its Faculty of Health and Medical Sciences this year – a record 105.